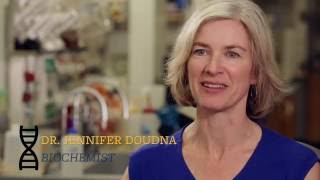 CRISPR is making big waves in biology, and for good reason; the doors to genetic engineering are now wide open.

What is CRISPR-Cas9 and how does it work? How do we edit genes?

The gene editing technique, created by UC Berkeley biochemist Jennifer Doudna and her colleague, Emmanuelle Charpentier, has taken the research and clinical communities by storm as an easy and cheap way to make precise changes in DNA in order to disable genes, correct genetic disorders or insert mutated genes into animals to create models of human disease.

CRISPR-Cas9 is a hybrid of protein and RNA – the cousin to DNA – that functions as an efficient search-and-snip system in bacteria.

Gene drives are a radical new way of eliminating insect-borne disease such as Zika, dengue and malaria, by engineering the genetic makeup of entire species. And they’re not limited to insects – any animal that reproduces sexually is fair game. But as the technology steams head, fueled by powerful gene editing techniques like CRISPR, how can we ensure that it is used responsibly?

PLOS Pathogens researchers used CRISPR/Cas9 technology to suppress and in some cases eliminate viral replication of herpesviruses, some of the most persistent and most common viruses.

Watch https://www.youtube.com/watch?v=1K_ATYqvHTs to know about the Fourth Industrial Revolution.