How CRISPR lets us edit our DNA | Jennifer Doudna

How CRISPR lets us edit our DNA | Jennifer Doudna 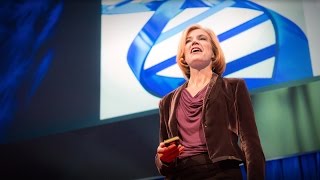 Geneticist Jennifer Doudna co-invented a groundbreaking new technology for editing genes, called CRISPR-Cas9. The tool allows scientists to make precise edits to DNA strands, which could lead to treatments for genetic diseases … but could also be used to create so-called “designer babies.” Doudna reviews how CRISPR-Cas9 works — and asks the scientific community to pause and discuss the ethics of this new tool.

TEDTalks is a daily video podcast of the best talks and performances from the TED Conference, where the world’s leading thinkers and doers give the talk of their lives in 18 minutes (or less). Look for talks on Technology, Entertainment and Design — plus science, business, global issues, the arts and much more.
Find closed captions and translated subtitles in many languages at http://www.ted.com/translate