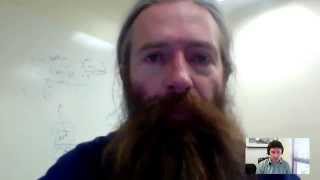 -Why Future Day?
-How can we use Future Day to raise awareness of and catalyze action in 1) general future thinking and 2) specific projects?

Contact media in lead up to Future Day – tell them that the future is coming, but in some cases not fast enough?
Raising awareness of specific projects (i.e. like SENS and the defeat of aging) – Aubrey has always been very strong on promoting the mission – getting people to reorient themselves, that aging is a bad thing – from a 1000 foot perspective, once poeple get some momentum in their heads with regard to caring about a particular issue then it’s almost automatic – it certainly a lot easier to get poeple interested and involved in relevant projects and making a contribution. So future day can help with symbolism – a banner to rally towards certain projects. one thing about anti-aging research is that it is based on, and complimented by strides in technological and scientific progress that is making strides ahead for perhaps much simpler reasons. E.g. There has been enormous breakthroughs in the last 12 months i.e. in getting stem cells to do more, building artificial organs, and gene therapy – SENS leans on progress in these fields. Though gene therapy has made progress, some aspects are still a little way off – but we are already very well ahead of where we were compared to 12 months ago let alone 24 or 5 years… especially because of the ‘semi-miraculous’ technology known as CRISPR (progress in safety and versatility)!
-What are your thoughts on the potential for CRISPR style technology to have impact on regenerative medicine? If there is potential in your mind, can you describe how? What is the potential for CRISPR to aid in regenerative medicine?
CRISPR has been called the ‘adaptive immune system of bacteria’ – meaning backteria can incorporate bits of their own infections (bacterial phages) into their own genomes – as a way of triggering themselves to be able to destroy these sequences when they see them again. The mechanism by which this is safely & usefully incorporated into the bacteria’s genome has recently been elucidated reasonably well – so we have been able to do this in mammalian and human cells to, and also do it work rather more efficiently and technologically feasibly than in it’s natural environment. The result of this is that we have been able to create genetic modifications to cells much more easily and reliably than before. At the beginning when CRISPR shot to promise early on, that was the whole story. Since then people have been working very hard on making CRISPR only make desired modifications, avoiding ‘off-target’ effects – George Church’s lab has been doing a lot in this space. Increasing the range of applications in which CRISPR can be applied. Origionally the idea is that that it could be used to make site-specific changes (one or two base pairs in a particular location and not elsewhere accidentally) – this location coudl be customised very easily. The idea of being able to use site-specific modifications to genomes is not new and can be done by other techniques, but no where near as efficiently as CRIPSR – as these other techniques require the creation of new protiesn to be designed for each target sequence – CRISPR does not require this. On top of that, additional tricks to change RNA – effecting the rate at which things can be transcribed – also a way in which one can use the RNA that a human virus is creating as targets with which to destroy that virus – this is important because it enhanses our immune systems ability to eliminate that virus. Some viruses are particularly difficult for the immune system to get rid of, the immune system may be able to suppress these viruses well, but only into a latent dormant state, where the viruses can re-activate periodically. This reactivation plays a big part in why our immune systems to perform so well as we get older. If we can stop this from happening, truely getting rid of viruses so they can’t reactivate after being in a latent form, this is a big piece of progress! A program at stanford has announced a first step towards this using CRISPR.