CRISPR: The Revolution in Genetics

CRISPR: The Revolution in Genetics 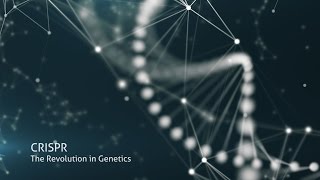 CRISPR is a revolutionary new technique that allows scientists to precisely edit the activity of genes and thus influence the characteristics of all manner of organisms, from microscopic bacteria to humans. Should we use this technology to prevent harmful diseases in humans being passed on between generations? And should we go even further and use it to enhance our offspring, making them fitter, healthier and more intelligent?

In the last episode of this series of the Life Science Broadcast, zoology professor Matthew Cobb and renowned bioethicist John Harris discuss the applications of CRISPR technology and just how far we should go in using it to change our genomes.

Filmed and produced by Edward Bains, The University of Manchester.