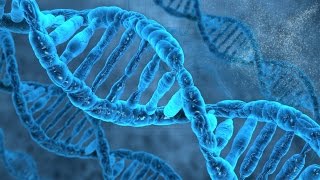 What is CRISPR-Cas9 and how does it work? How do we edit genes? Jennifer Doudna, biochemist at UC Berkeley, explains.

The gene editing technique, created by UC Berkeley biochemist Jennifer Doudna and her colleague, Emmanuelle Charpentier, director of the Max Planck Institute of Infection Biology in Berlin, has taken the research and clinical communities by storm as an easy and cheap way to make precise changes in DNA in order to disable genes, correct genetic disorders or insert mutated genes into animals to create models of human disease.

CRISPR-Cas9 is a hybrid of protein and RNA – the cousin to DNA – that functions as an efficient search-and-snip system in bacteria. It arose as a way to recognize and kill viruses, but Doudna and Charpentier realized that it could also work well in other cells, including humans, to facilitate genome editing. The Cas9 protein, obtained from the bacteria Streptococcus pyogenes, functions together with a “guide” RNA that targets a complementary 20-nucleotide stretch of DNA. Once the RNA identifies a sequence matching these nucleotides, Cas9 cuts the double-stranded DNA helix.

UC Berkeley professor, Jennifer Doudna, discusses the far-reaching positive potential for the new gene-editing tool, CRISPR, as well as the need for close consideration and agreement on how it can be used.

Conference footage courtesy of The National Academies of Sciences, Engineering, and Medicine

In this UC Berkeley animation, several hundred Cas9 enzymes (red dots) search the nucleus of a live mammalian cell for a specific DNA sequence. They become white when they bind briefly before moving on. The lines shows the paths these enzymes have taken, color coded according to time. The Cas9 tracks show that the enzymes search by diffusing through the nucleus, and that off-target binding events are predominately short lived. Motion is slowed to half normal speed.