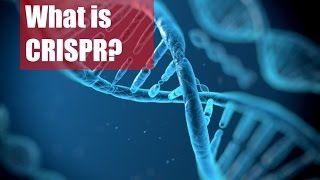 CRISPR technology is the newest buzz around the science community as it has revolutionized the field of genetic modification. You may ask, what exactly is CRISPR?

CRISPR stands for clustered regularly interspaced short palindromic repeats, which is certainly a mouthful. It is a system that has been designed to locate specific genes, cut them, and exchange them with a modified version. These types of technologies have been around since the 1980s, but CRISPR is different in that it has enabled scientists to modify more specific regions with ease while drastically decreasing costs and raising efficiency.

The magic behind CRISPR lies in its structure: it’s made of two components, RNA and the Cas9 protein. RNA is a single stranded molecule of genetic material that can match with a complementary sequence due to the nature of base pairing. It acts as a guide and targets specific genes since it can bind to a specific sequence through matching base pairs. Cas9 is a protein that was originally found in Streptococcus pyogenes (a bug that may cause strep throat and flesh-eating disease) and acts as scissors to cut and splice the sequence.

The CRISPR system is based off a natural defense mechanism found in bacteria that is intended to combat viruses. The molecules move as a unit, with RNA acting as a guide toward the gene section and Cas9 acting as the scissor of the DNA. This mechanism allows specific genes to be targeted and exchanged for other sequences easily and efficiently so scientists can test out different combinations of genes and edit cells.

So far, the prospective uses of the technology include modifying genes to combat sickle cell anemia, cystic fibrosis, hemophilia, and improve existing genes to increase crop growth. It can also be used to test the effects of different drugs on organisms with single-gene mutations, a pharmaceutical advance that has countless benefits for the future of medicine. Many see CRISPR as the key to feats like eliminating world hunger, reversing harmful genetic mutations, and possibly stopping cancer cell growth.

The Ethics Behind the Technology

Despite the fact that CRISPR technology has revolutionized the field and expanded the potential of genetic modification, there are many ethical issues regarding its use. CRISPR breaks down many of the barriers by making it easier and cheaper for scientists to modify genes but easy to USE also means easy to ABUSE. It is dangerous because it can be used in any organism and the mutations made to the original sequence may cause unintended alterations that can spread rapidly through a population.

The most controversial portion lies in the fact that CRISPR works well with cells on the “germline” such as sperm, eggs, and embryonic cells, which makes it easy for the mutations to be passed onto offspring.
We do not understand all of the potential consequences and side effects. However, it is clear that CRISPR has drastically changed the groundwork for further research on genetics and has many prospective uses.

What is your take on CRISPR technology? Should it be used on research-only or should scientists expand it to include clinical uses as well? If so, which organisms should and should not be modified? Leave your ideas in the comments below and let us know what you think. See you next time!

Easy DNA Editing Will Remake the World. Buckle Up.