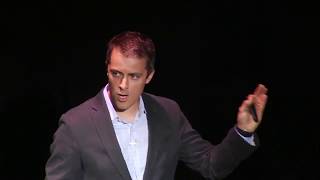 CRISPR (Clustered Regularly Interspaced Short Palindromic Repeats) is a gene-editing tool will be able to do everything in the future from curing cancer to designing babies to resurrecting the
wooly mammoth. It’s both terrifying and awesome.

CRISPR has the ability to redefine what we know about biology. Bondy-Denomy and the other members of his lab at UC San Francisco works on the microbiological level of warfare between
viruses and bacteria. Joseph Bondy-Denomy is a researcher at the University of California, San Francisco. Research in the Bondy-Denomy lab is focused on understanding molecular warfare in microbes. Viruses that infect bacteria are found every where on our planet, including on and in our bodies. Bacteria protect themselves from viruses by using immune systems, the same way we protect ourselves from viruses. Recent discovery of an immune system called CRISPR revealed that bacteria actually ‘immunize’ themselves against viruses. Dr. Bondy-Denomy will dig deep into the world of CRISPR, and new discoveries from his lab, including “anti-CRISPRs”, small proteins that bacterial viruses use to turn off the bacterial immune system. This exemplifies the ongoing molecular “arms race” that his lab is striving to understand in the hopes of killing deadly bacteria and changing the landscape of CRISPR gene editing. This talk was given at a TEDx event using the TED conference format but independently organized by a local community. Learn more at https://www.ted.com/tedx