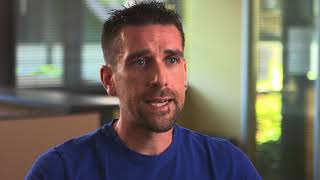 Biologists at UC Berkeley and the Joint Genome Institute (JGI) – a
Department of Energy Office of Science User Facility – are using
NERSC, the Office of Science’s primary supercomputing center, to
identify a class of enzymes capable of
editing out genes responsible for disease.

This revolutionary work requires petaflops of computing power to sift
through billions of DNA sequences in the JGI data portals to identify
proteins like Cas9 that, combined with the Clustered Regularly
Interspaced Short Palindromic Repeats (CRISPR), can “edit” a genome.

First discovered by researchers at UC Berkeley, the CRISPR-Cas9 system
has the power to permanently correct disease-causing mutations in
cells, animal models, and eventually human patients to cure certain
types of cancer, cardiovascular disease, sickle cell disease, and
retinal degeneration. Since the CRISPR system was first identified in
the early 2000s, it has become the most promising technology for
treating genetic disease in humans and enabling plants to survive
stress caused by pests and the environment.

The annual SC17 conference will take place November 12-17 in Denver, Colorado. The over 12,000 attendees from academia, government and industry are leaders in researching and delivering high performance computing, networking, data storage and analysis in support of scientific discovery. htttp://sc17.supercomputing.org