What Was the Most Important Story of 2015? CRISPR/Cas9

What Was the Most Important Story of 2015? CRISPR/Cas9 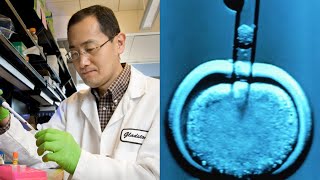 What is CRISPR? Why is it important?

https://www.ucsf.edu/news/2015/07/131146/crispr-advance-scientists-successfully-edit-human-t-cells
Perhaps one of the most monumental technological events in the history of mankind took place in 2015, but it was largely eclipsed by headlines of Caitlyn Jenner, ISIS, & college kids throwing tantrums.
Crispr-Cas9
A game-changing genetic engineering technique that allows scientists for the first time to make the finest changes possible to chromosomal DNA with relative ease.
CRISPR is an acronym for “clustered regularly interspaced short palindromic repeats,” which is a description of how the method works; Cas9 is the specialized enzyme used for cutting the DNA. Though known as CRISPR-Cas9 among biologists, for the sake of the public it’s usually shortened to simply “CRISPR”.
Technically, CRISPR isn’t new. The underlying process was first observed in 1987 by Japanese researchers. It’s actually a naturally-occurring, ancient defense mechanism that was found in strep bacteria.
Why is this monumental?
Because traditional gene editing techniques using embryonic stem cells are time intensive and sloppy. It consists of injecting altered DNA sequences into embryos, and hoping they are incorporated through a rare process called homologous recombination. What makes CRISPR special is that it doesn’t involve any finger crossing. It makes it fast, easy, & cheap to move around any genes in any living thing — from simple bacteria all they way up to people.
Technical details aside, with CRISPR’s unprecedented ability to edit genetic code, it will make a whole new generation of medical treatments possible.
Utilizing this technique, medical researchers have already reversed some mutations that cause blindness, stopped cancer cells from multiplying, and successfully edited Human T cells to be invulnerable to the AIDS virus.
But the benefits of CRISPR don’t stop at medicine. Agronomists have also edited mildew-resistant wheat, indicating a possible future where engineered crops could feed an ever growing population on a planet increasingly affected by climate change.
CRISPR is even shaking up ideas about renewable energy, bioengineers have used CRISPR to alter yeast DNA so that it excretes ethanol, which could sharply curb society’s reliance on petroleum fuels.
Not without controversy, Chinese scientists are already raising ethical questions with reports that they’ve started gene editing human embryos. Without the regulatory constraints found in most western nations China is poised to become the leading superpower in this arena. Possibly fast tracking the age of designer babies and post humanity.