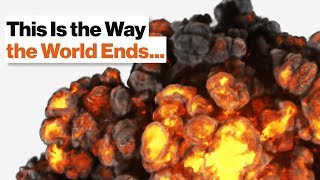 Low probability events, such as an extinction-level asteroid striking the Earth’s surface, deserve more attention than their unlikelihood would suggest. The reason? The magnitude of their impact is so severe that it risks the survival of the human species. Career global security expert Richard Clarke identifies three potential game changing events that could affect the wellbeing of humanity itself: the gene editing technology CRISPR-Cas9, which could create superhumans and thereby establish a worldwide caste system; artificial intelligence capable of writing its own software superior to the programming abilities of humans; and robotic technology that could throw humans out of work and destabilize the world economy as we know it.

The subtitle of our book is Finding Cassandras to Stop Catastrophes. Cassandra in Greek mythology was someone cursed by the gods, who could accurately see the future but would never be believed. When we say “Cassandras” throughout the book, we’re talking about people who can accurately see the future. People who are right—Cassandra was right—people who are right about the future but are being ignored.

Having derived what we think are the lessons learned from past Cassandra events, we then looked at people today who were predicting things and being ignored.

And we looked at issues first and then tried to see if there was someone warning about them. So the book is about people, 14 people: Seven who we known were Cassandras, and seven who we are examining to find out if they are.

The “it” in this case is CRISPR-Cas9, a method that she invented—and I’m sure someday will get a Nobel prize for—a method of doing gene editing that allows for removal of genetic defects in the strain or addition into a strain of new capabilities. Now this is going to revolutionize human life. It’s already beginning. It’s going to mean that all of the genetic defects that have caused so much pain and suffering for people for millions of years, all of that could potentially be removed.
So why does the great woman who invented this wake up in the middle of the night worrying about it? What she told us was she’s afraid that she might have become Dr. Frankenstein. That the technique that she developed could be misused in horrible ways. It could be misused, for example, to create biological weapons, to create new forms of threat to human beings, threats for which we don’t have any known antidote.

Or it could simply be used to create human beings of far superior capability. Not just taking genes and removing defects but adding new super capabilities. And so one scenario we discussed with her was what if the North Koreans or the Chinese decided that they would create super soldiers? Physically large people with great athletic ability designed to be soldiers, designed to be aggressive, designed to be able to fight for long periods of time.

Or what if they simply created people who were brilliant at computer programming and had IQs off the charts? What if in the process of that kind of gene editing we created a caste society where some people were genetically designed to do menial tasks and didn’t have the capability of doing anything else? And other people were designed to be the rulers with huge IQs and the capability of understanding things beyond the pale for lesser humans. That’s something that scared the creator of CRISPR-Cas9 and it scared us.

When we heard Jennifer’s story, we asked ourselves, “does she fit the template of a Cassandra that we developed in the first half of the book looking at the first seven?” Is she an expert? Absolutely. She is the expert. She created it. Is she data-driven? Yes. She has a wealth of data on CRISPR-Cas9 and what it can do. Is she predicting something that is first-occurrence syndrome? Something that’s never happened before? And the answer to that is “yes.” Is it kind of outlandish? Is the stuff of Hollywood fiction? Yes it is. What about the audience—the decisions maker? One of the things we saw with the earlier Cassandras was it wasn’t always clear there was a decision maker. People always pointed at each other saying “that’s your job, or at least it’s not my job.” And in this case, making decisions about what gene editing can happen, and can’t happen, and enforcing that is a matter of law, and international law, and it’s not at all clear whose job that is.