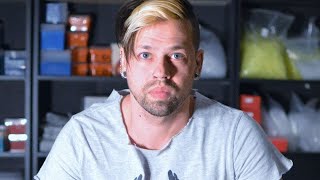 GENE editing is entering the mainstream. CRISPR, a cheap and easy technique for making precise changes to DNA, has got researchers around the world racing to trial its use in treating a host of human diseases.

But this race is not confined to the lab. Last month, Josiah Zayner, a biochemist who once worked for NASA, became the first person known to have edited his own genes with CRISPR.

During a lecture about human genetic engineering that was streamed live on Facebook, Zayner whipped out a vial and a syringe, then injected himself. Now, following in his footsteps, other biohackers are getting ready to take the plunge and tinker with their own genes.

Away from the strict controls of formal science, this self-experimentation might seem dangerously reckless. But if people are allowed to modify their own body through cosmetic surgery, tattoos and other augmentations, should a person’s own genome really be off limits?

Zayner’s experiment was intended to boost his strength by removing the gene for myostatin, which regulates muscle growth. A similar experiment in 2015 showed that this works in beagles whose genomes were edited at the embryo stage. He injected himself with the CRISPR system to remove the gene.

“Will allowing broad access to CRISPR risk creating a group of ‘superhumans’ with enhanced abilities?”
Robin Lovell-Badge, a leading CRISPR researcher at the Francis Crick Institute in London, says Zayner’s experiment was “foolish” and could have unintended consequences,