CRISPR genes are identified in immunotherapy against cancer

CRISPR genes are identified in immunotherapy against cancer 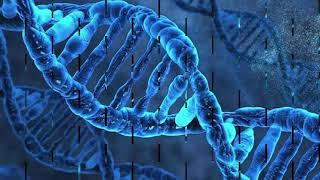 CRISPR genes are identified in immunotherapy against cancer, A team of researchers from the National Cancer Institute (INC) in the United States, coordinated by Nicholas P. Restifo, an immunology expert at this institution, has presented in the journal.

Nature the findings of a large study that identifies more Of one hundred genes involved in the mechanism that facilitates the elimination of tumors through the use of the aforementioned T lymphocytes. For this, the genetic editing technology called CRISPR was used that has allowed them to “turn off” consecutively certain genes in cells of melanoma.

We examined the genetic profiles of 11,000 individuals collected in the Atlas of the Cancer Genome. According to Shashank Patel, one of the INC biomedical sciences experts who participated in this work: The results show that in the success of this cancer treatment many genes play a key role, many more than we expected in a first moment.

If the genes described in this study are validated in clinical trials, this type of treatment will be exceptionally advanced. According to Restifo: If we finally understand the mechanisms involved in resistance to immunotherapy we will be able to develop new tactics to combat the disease.

In fact, in the future, this finding could accelerate the development of drugs that prevent tumor cells from using their escape mechanisms and thereby help patients experience a completely satisfactory response. At the origin of the CRISPR is the Spanish scientist Francis Mojica, who discovered in the DNA of some microbes in the salt flats of Santa Pola (Alicante) sequences that exercised defense against viruses.