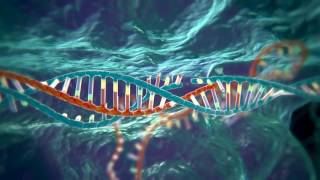 CRISPR technology is a simple yet powerful tool for editing genomes. It allows researchers to easily alter DNA sequences and modify gene function. Its many potential applications include correcting genetic defects, treating and preventing the spread of diseases and improving crops. However, its promise also raises ethical concerns.

In popular usage, “CRISPR” (pronounced “crisper”) is shorthand for “CRISPR-Cas9.” CRISPRs are specialized stretches of DNA. The protein Cas9 (or “CRISPR-associated”) is an enzyme that acts like a pair of molecular scissors, capable of cutting strands of DNA.

CRISPR technology was adapted from the natural defense mechanisms of bacteria and archaea (the domain of single-celled microorganisms). These organisms use CRISPR-derived RNA and various Cas proteins, including Cas9, to foil attacks by viruses and other foreign bodies. They do so primarily by chopping up and destroying the DNA of a foreign invader. When these components are transferred into other, more complex, organisms, it allows for the manipulation of genes, or “editing.”

CRISPRs: “CRISPR” stands for “clusters of regularly interspaced short palindromic repeats.” It is a specialized region of DNA with two distinct characteristics: the presence of nucleotide repeats and spacers. Repeated sequences of nucleotides — the building blocks of DNA — are distributed throughout a CRISPR region. Spacers are bits of DNA that are interspersed among these repeated sequences.

In the case of bacteria, the spacers are taken from viruses that previously attacked the organism. They serve as a bank of memories, which enables bacteria to recognize the viruses and fight off future attacks.

CRISPR-Cas9 as a genome-editing tool:
The genomes of various organisms encode a series of messages and instructions within their DNA sequences. Genome editing involves changing those sequences, thereby changing the messages. This can be done by inserting a cut or break in the DNA and tricking a cell’s natural DNA repair mechanisms into introducing the changes one wants. CRISPR-Cas9 provides a means to do so.

In 2012, two pivotal research papers were published in the journals Science and PNAS, which helped transform bacterial CRISPR-Cas9 into a simple, programmable genome-editing tool.

The studies, conducted by separate groups, concluded that Cas9 could be directed to cut any region of DNA. This could be done by simply changing the nucleotide sequence of crRNA, which binds to a complementary DNA target. In the 2012 Science article, Martin Jinek and colleagues further simplified the system by fusing crRNA and tracrRNA to create a single “guide RNA.” Thus, genome editing requires only two components: a guide RNA and the Cas9 protein.

Once the DNA is cut, the cell’s natural repair mechanisms kick in and work to introduce mutations or other changes to the genome. There are two ways this can happen. According to the Huntington’s Outreach Project at Stanford (University), one repair method involves gluing the two cuts back together. This method, known as “non-homologous end joining,” tends to introduce errors. Nucleotides are accidentally inserted or deleted, resulting in mutations, which could disrupt a gene. In the second method, the break is fixed by filling in the gap with a sequence of nucleotides. In order to do so, the cell uses a short strand of DNA as a template. Scientists can supply the DNA template of their choosing, thereby writing-in any gene they want, or correcting a mutation.