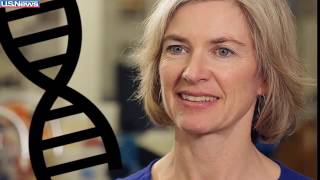 e scientists who first harnessed the powerful gene-editing technology known as CRISPR suffered a major defeat Wednesday in their long-running quest to control the rights to their invention.

UC Berkeley biochemist Jennifer Doudna and her European collaborator, Emmanuelle Charpentier, have racked up a slew of awards for their work, which makes it very easy to alter the DNA of living things. But their efforts to patent their discovery have been hung up by a competing claim from Feng Zhang at the Broad Institute of MIT and Harvard.

Researchers at MIT put together this video to help explain the CRISPR-Cas9 method for genome editing.
On Wednesday, the federal Patent Trial and Appeal Board sided with the Broad Institute and against UC Berkeley. The board, part of the U.S. Patent and Trademark Office, ruled that Zhang’s patent claims do not interfere with those put forth by Doudna and Charpentier, and they allowed his patent to stand.
UC Berkeley suffers big loss in CRISPR patent fight: What’s next?
Patent battles are usually dull, but this one has captivated the scientific community.

“It’s not an exaggeration to say it may be one of the greatest life science inventions ever,“ said Robin Feldman, director of the Institute for Innovation Law at the UC Hastings College of the Law in San Francisco. “CRISPR is a gold mine, and that’s why you are seeing a gold rush.”

Read on to learn more about what’s going on, and why.

What is CRISPR anyway?

CRISPR is a powerful and relatively new gene-editing system that has revolutionized scientists’ ability to make precise changes in DNA.

It has been used in labs to correct for the mutation that causes sickle cell disease, create mosquitoes that can fight malaria in their bodies, and make crops more resistant to disease and drought.

You can learn more about CRISPR and how it works here.

Technically, bacteria. They and other single-celled organisms have been using the combination of a guide RNA and a scissors-like protein, called Cas9, to chop up the DNA of unfriendly viruses for hundreds of million of years.

However, the first paper to demonstrate CRISPR’s ability to edit DNA in the lab was published by Doudna and Charpentier in Science. That was back in the summer of 2012.

Did UC Berkeley file a patent for the invention?

If the patent is issued, it means a biotech company that wants to use this CRISPR system would have to get a license either from the Berkeley group or from a company that has already licensed the technology from them.

Where does the Broad Institute come in?

The Berkeley group’s patent has not been issued.

Are the two patents different?