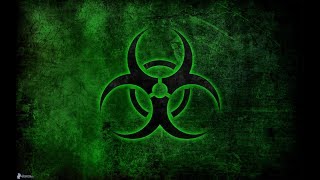 It has come to our attention that a
Biological Weapon strike
is planned.

Please listen carefully and discern this.

WARNING TO THE US INTELLIGENCE СOMMUNITY.
ILLICIT ISRAELI WAR AGAINST UNITED STATES
THROUGH THE MOSSAD SHILLS IN CIA

Mossad is preparing for a major bio weapon strike in Palestine, and ….. on American soil.
Flights Logs show a SINGLE Israeli plane secretly flew out of Atlanta during Airport blackout, which was intentional, on December 20th. DHS plans Biological Weapons drill in January, just to begin with.
Conveniently, the weapon itself is moved from the CDC Biolab of the Emory University in Atlanta to the Israeli Institute for Biological Research.
The plane picked up other deadly components for the AIREBOLA and AIRLYME CRISPR-engeneered “gained-in-function” bacteria-virus binary biological weapons in Belgium and Cyprus on the way to Israel. The freight was delivered to the plane in armored vehicles.

The initial AIREBOLA bioweapon was created at the Wisconsin University Biolab and spread in Liberia, a US crypto colony.
The variation of the binary biological weapon was tested in Ukraine via Baxter Flu vaccines in 2013.
In this light, the fit thrown by Joseph Moshe in 2009 is simply a cover-up that Mossad did to take attention from its major role in the coming zombie apocalypse in the US. Otherwise, Joseph Moshe would have been just shot in his car, taking into consideration the accusation of “making threats” to the White House, and and the shooting habits of the US police. But he was not…. Ergo, Dr. Joseph Moshe is live and well.
Hello Dr. Moshe!

In the coming zombie apocalypse in the United Stetes, Mossad will play the same role it played in the 9/11 black op.
Well, the Karma gets back on the Anglo-Sax who were giving the pandemic blankets, infected with pox, to the American Indians, and killed eventually the 140 millions of Indians in the North America.
First, the LYME was engineered by the Paper-Clip operation German Nazi Dr. Erich Traub in Lab 257 of the Naval Research Institute on the Plum Island in less than 10 miles from Connecticut… which was using infected animals in open cages outside…. (What The Fuck)
(see the book by Michael Christopher Carroll).
Now, in 2015, Tulane Lab of the University of Louisiana and …. the Agricultural Faculty …. (What The Fuck) released the most deadly bacteria, which causes melioidosis, again putting the infected animals out of the level THREE bio-safe laboratory (!) to the open cages on the spaces as large as football field.
Evidently, to make the spread of bacteria more efficient.

But this is not all.
The Lab 257 on the Plum Island was using the transgenic technology for much longer time than the glorious media career of Dr. Craig Venter (the author of the Blue Plague in the Mexican Gulf) and of Dr. Jennifer Doudna (the author of the coming zombie Apocalypse in the US).
Strange mutant animals were washed ashore near the lab.
Evidently, X-Man as half-humans half-animals were the major task of the Naval Research Biolab on Plum Island, and in all secret Biolabs in the U.S. Mosaicism of virus and bacteria (bacterial genes inside the virus, and vice versa) makes it possible to deliver bacteria via flu (viral) pandemic, which is airborne, and, thus, infects exponentially more people than bacterial infection can ever do.
But bacteria carried inside the virus can have its plasmids infected with the other viruses that are more deadly than the flu virus itself.
Or the RNA of the host (infected man) added to the transgenic virus and bacteria will shut his RNA via the RNA interference, which is totally the wave interference, which is increased by the electroporation.
Dr. George Church of the Harvard University openly plans to add the genes of a PIG to human genes…
Evidently, CRISPR plus “electroporation” via the smart-dust-based HAARP makes the dream of X-MAN quite feasible.