Anatomy of a hunt: Speed, strategy and survival

Anatomy of a hunt: Speed, strategy and survival 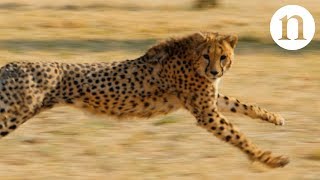 As predators chase down their prey on the open savanna it’s a race for survival. Lions and cheetahs are some of the most athletic animals on the planet but strength and speed aren’t everything. By precisely measuring the movements of predators and prey during hunts, researchers have now modelled the optimum strategy of both hunter and hunted, unpacking the subtle details of this evolutionary arms race.

Read the paper at: www.nature.com/articles/nature25479