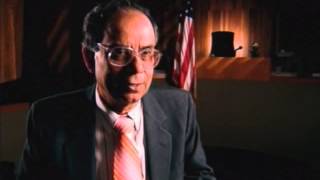 In 1973 two scientists undertook an experiment which rocked the world. By transferring DNA from one species to another, Herb Boyer and Stan Cohen became the first Genetic Engineers. Their experimrnt triggerd a wave of controversy about the dangers of genetic manupulation, but it also generated a multi billion dollar industry.

Biotechnology would soon transform the pharmaceutical industry and genetically modified food was to herald the biggest revolution in agriculture since the industrialization of farming. Yet the public was skeptical, and so were certain scientists. Some feared that a cancer-causing gene stitched into the DNA of a bacterium might be accidentally absorbed in the human gut, enabling cancer to be passed on like an infectious disease. Biologists from all over the world were called to a meeting in California to draw up a strict set of safety guidelines.

When the panic subsided the stage was set for a biotechnology bonanza. A race began to produce genetically engineered insulin. A couple of years later a young researcher called Rob Horsch, who worked for the chemical giant Monsanto, produced the first genetically engineered plant. The biotech revolutions had arrived.