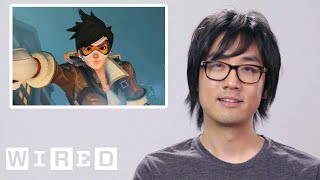 Michael Chu, the lead writer of Blizzard’s Overwatch, breaks down every character in the game. Michael explains the backstories for every hero in Overwatch, from how they were first designed to their in-game lore. Michael reveals where McCree’s name originated from, how they found Lúcio’s voice actor, the different incarnations of Doomfist and much more.

ABOUT WIRED
WIRED is where tomorrow is realized. Through thought-provoking stories and videos, WIRED explores the future of business, innovation, and culture.