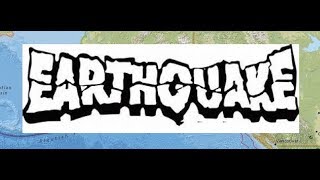 Visit our site at www.thegrandsolarminimum.com

A sudden eruption took place at Kusatsu-Shirane volcano (Kusatsu-Shiranesan) in Japan early Tuesday, January 23, 2018, causing an avalanche that left one member of Japan’s Self-Defense Forces (SDF) dead and 6 injured. At least 11 people were injured by falling volcanic rocks. It was the first eruption of this volcano since 1983.

Thank you for tuning into The Grand Solar Minimum Channel with Jake & Mari from WTFSKY. We look at the big picture to show society that we are indeed going into a Grand Solar Minimum. ( Eddy Minimum ) similar to the last Maunder Minimum

We discuss the different FACTS coming from multiple sources from around the world. We interview people behind the science of the Grand Solar Minimum like Valentina Zharkova and John Casey. We strive for society to gain awareness of the changes that are taking place.

Our climate is changing and we as a human race need to make a shift and ADAPT to these changes weather we go into an ice age or not. We report on EXTREME WEATHER, Volcanos, Earthquakes Space News & Weather. We discuss atmospheric phenomena, charged particles, sun halos etc.

Do you have a great channel, site or product you would like to share? Message us!
We encourage you to do your own research!