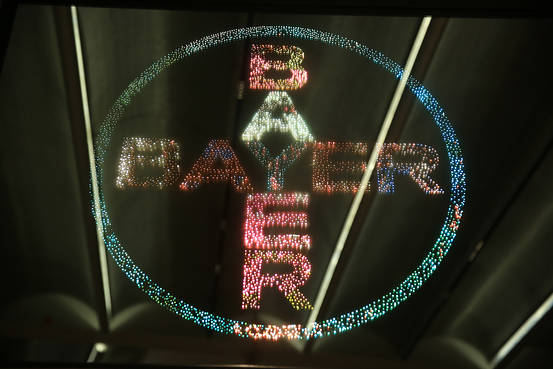 Bayer disclosed that on Jan. 5 a subsidiary bought another 527,500 shares of Crispr (ticker: CRSP) for $22.75 each in a public offering. Bayer’s total ownership now stands at 5.71 million shares. Before the purchase, Bayer was already Crispr’s top holder with an 11.1% stake.

It was quite a savvy purchase–Crispr shares have rocketed more than 75% to over $40 from Bayer’s purchase price through midday trading Wednesday.

Both Bayer and Celgene invested in Crispr before the company went public.

A Bayer unit agreed in December 2015 to create a joint venture to discover and commercialize therapeutics to treat blood disorders, blindness and heart disease, other indications based on Crispr’s gene-editing technology.

A Bayer unit received 2.6 million Crispr series B preferred shares in January 2016 after converting a $35 million loan at $13.43 per preferred share. Preferred shares were converted to common shares on a one-to-one basis at Crispr’s October 2016 initial public offering. Bayer also agreed to buy another 2.5 million shares in a private placement at the same time as the IPO at the $14 offering price.

All the Crispr shares Bayer has purchased or acquired through conversions are comfortably in the black with the January rally, and more upside for the stock looks in the offing. Crispr expects to start its first clinical trial in Europe this year, a Phase 1/2 trial for CTX001, a gene-edited autologous hematopoietic stem-cell therapy, for the blood disorder beta-thalassemia. Crispr also plans to file an Investigational New Drug Application for CTX001 to treat sickle-cell disease with the U.S.’s Food and Drug Administration this year.

Comments? E-mail us at editors@barrons.com