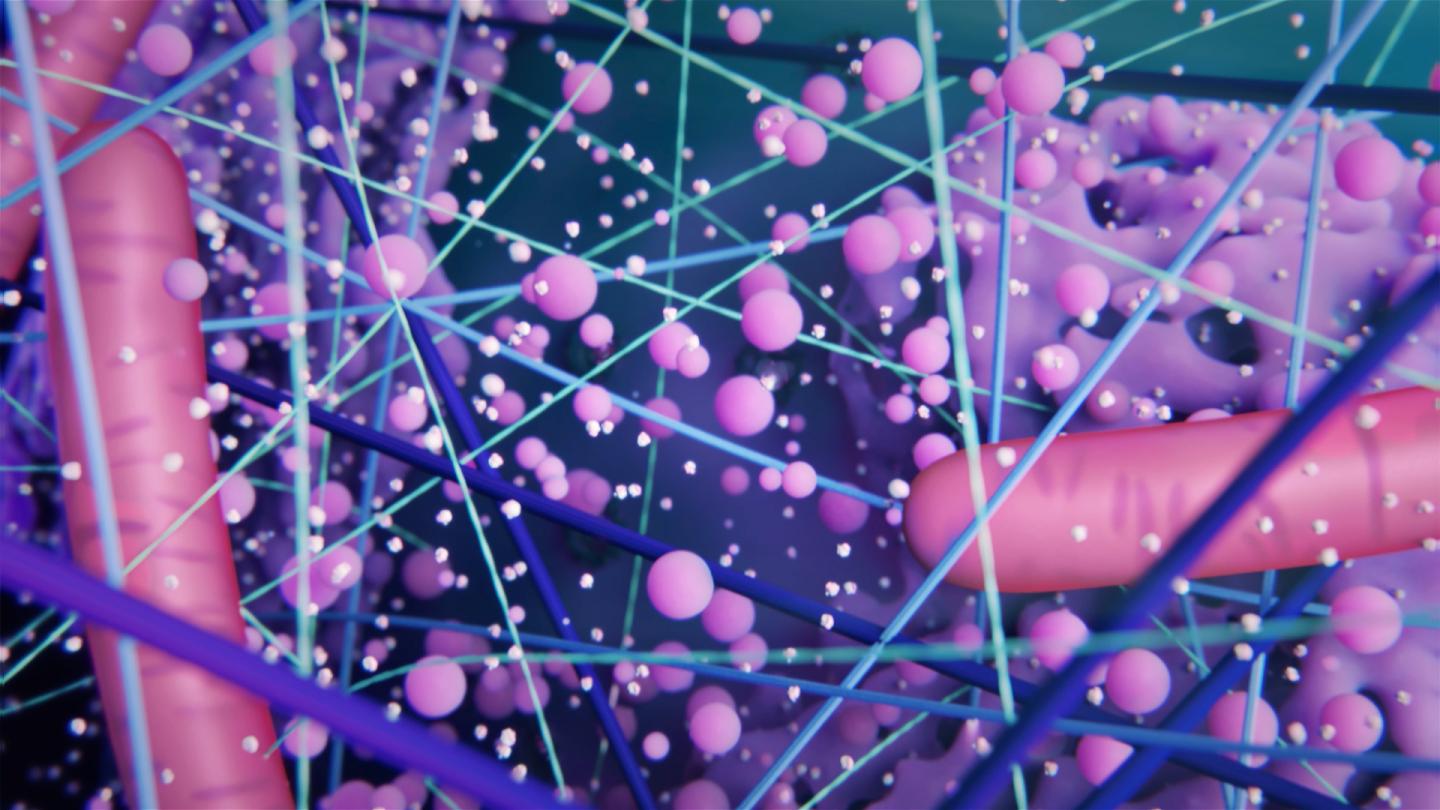 Visual Science and the Skoltech Institute are pleased to offer a precision 3D animation of the CRISPR gene-editing system. It’s the first scientifically accurate 3D animation of CRISPR based on real molecular structures.

This animation and the related collection of 3D illustrations and Coubs (more info below) are an ideal supplement to your coverage of cutting-edge medicine and genetics.

The CRISPR systems visualization project was created by Visual Science biologists and scientific visualization experts with support from the Skoltech Biotechnology faculty. The animation is based on molecular modeling and dynamics, which allowed to produce accurate models of natural and engineered CRISPR complexes, as well as to visualize the interiors of the bacterial cell and human cell nuclei.

“Molecular animations are an essential way to demystify and explain complex biological systems. Through the use of stunning imagery and attention to detail, Visual Science and Skoltech have captured the dynamic mechanisms of CRISPR-Cas proteins and their use as research tools.” — Jennifer Doudna, Professor of the Depts. of Molecular & Cell Biology and Chemistry at the UC Berkeley, Executive Director of the Innovative Genomics Institute

Since the animation and related visuals were produced as part of nonprofit education project, we’re prepared to license them free of charge. If you choose to use our visuals, please add caption “Animation by Visual Science and Skoltech” (with active hyperlink to http://www.visual-science.com/crispr ).

1. A 3 minute animation explaining the processes at work in both natural (bacterial) and gene-engineered CRISPR-Cas systems, as well as possible applications for human gene editing. The animation is based on actual molecular structures.

2. A collection of annotated 3D illustrations demonstrating specific processes in the CRISPR-Cas system and models of its biological components.

Please note that image modifications, distortions and the derivatives are not allowed.

3. A version of the animation without text annotations, which can be cut into parts if needed. Can be downloaded here: http://bit.ly/crispr-vsci

4. A set of 3 Coubs with key molecules. Coub is a GIF with sound — a short animation loop in special player. The Coubs show molecules in action and can be annotated for different audiences.

Annotation: “Everybody got used to the CRISPR-Cas9 abbreviation, however natural CRISPR effectors in bacteria are not limited to Cas9 – there are multiple CRISPR complexes in various bacteria that might be useful for genetic engineers in future”

Annotation: “CRISPR-Cas9 complex cuts DNA in the specific site that is determined by the sequence of the crispr-RNA molecule that complex includes. By changing the crispr-RNA scientists can programm the complex to cut almost any desired sequence. This mechanism is the basis of the CRISPR-mediated genom editing”

Annotation: “CRISPR-Cas complex can be modified to bind DNA without cleaving it. In such cases Cas9 can be fused with fragments of other proteins, creating non-natural fusion proteins complexes that bind DNA at programmed sites and then alter gene expression, remodel chromatin structure or mark desired regions of the genome”

We can help you with writing annotations or assembling a story. Please, contact Anastasia Demina, Communications Manager at Visual Science: a.demina@visualscience.ru

Testimonials about our CRISPR 3D animaton:

“This animation and its beautiful imageries are very helpful for explaining complicated scientific concepts. These are great educational tools!” — Dr. Feng Zhang, Core Member of the Broad Institute of MIT and Harvard, Investigator at the McGovern Institute for Brain Research at MIT

“This movie about CRISPR sums up the main aspects of these amazing systems, from their genuine role and mechanism in the natural carriers, to the astonishing and diverse applications of the technology, which have come out of their study. Science is always useful, very often interesting even to non-scientists and sometimes gets the level of beauty. The film is the typical example of how interesting, useful and beautiful science could be, doing so in a very accurate and magnificent way” — Francisco Juan Martinez Mojica, Professor of the Department of Physiology, Genetics and Microbiology at the University of Alicante

“The video is visually compelling, and the narrative a great intro to the science behind CRISPR and the repurposing of Cas proteins for various genome editing applications” — Rodolphe Barrangou, Associate Professor of Food Science of the Department of Food, Bioprocessing and Nutrition Sciences at North Carolina State University

“Beautifully made! As a structural biologist, I really like the movie in that it depicts the real shapes and structures of the molecules involved in CRISPR-Cas” — Martin Jinek, Professor of the Department of Biochemistry at the University of Zurich

Visual Science created the first complete, scientifically accurate model of the HIV virus at the atomic level. The company’s 3D models of the HIV and Ebola viruses were awarded “Best Illustration” (2010) and “Honorable Mention – Infographics” (2011) respectively by Science Magazine and the National Science Foundation.

The company has an extensive network of expert consultants, including more than 70 scientists at world-leading research centers across the globe, from Harvard University (USA) to HKUST (Hong Kong).

The Skolkovo Institute of Science and Technology (Skoltech) is a private research and academic institute founded in 2011 in collaboration with the Massachusetts Institute of Technology (MIT). Located in Skolkovo, Russia, a suburb of Moscow, Skoltech educates innovation leaders and fosters new technologies aimed at addressing critical global issues. Skoltech’s Biotechnology faculty offers MSc and PhD programs that focus on the data-intensive fields of biomedicine and biotechnologies, with an emphasis on bioinformatics and mathematical biology. The faculty’s international collaborators include scientists from MIT, NIH, Rutgers University, the Pasteur Institute and other premier institutions worldwide.

About CRISPR and CRISPR-Cas9

CRISPR (clustered regularly interspaced short palindromic repeats) are special regions in the bacterial DNA that store the fragments of the genomes of the parasites (bacteriophages) that previously infected this type of bacteria. CRISPR give bacteria the opportunity to detect and destroy foreign DNA and thus protect themselves from infections. The loci are sources of the crispr-RNAs, which serve as key components of the alien DNA destruction complexes, that also include effector DNA-cutting proteins. One of the best-studied CRISPR complexes uses the protein called Cas9.

Scientists learned how to modify natural CRISPR-Cas9 system and program it to recognize almost any desired DNA sequence in human, animal, plant or any other cell. After the recognition CRISPR effector can bind the target DNA at programmed site, cut it or in case of additional modifications to the system, alter gene expression, remodel DNA spatial organization or mark desired regions of the genome. Native and engineered CRISPR–effectors are precise, adjustable and easy to use DNA-editing tools that have a tremendous potential for multiple applications in curing genetic diseases, designing new and improved crops, fighting pests and conducting cutting-edge basic research.