Posted by btwatson on February 2, 2018 6:53 am
Tags:
Categories: Crispr Articles 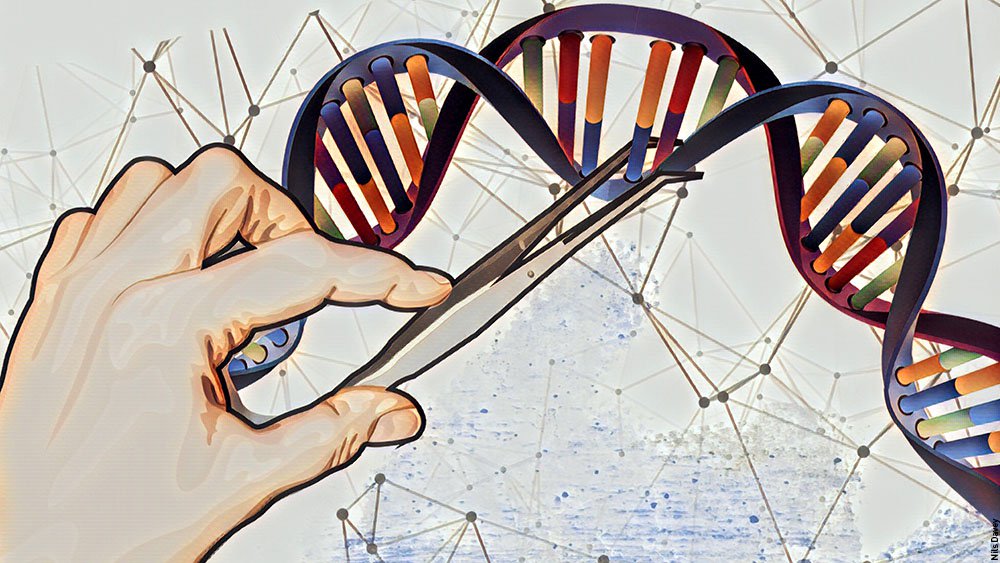 The World Health Organization has a higher estimate for what are known as monogenic diseases and says it’s actually north of 10,000.

“People have been talking about (personalized medicine) for 20 years and yet we’ve never had a system to allow us to do it before,” Bermingham told Investor’s Business Daily before stepping down from his role on Dec. 31. “And for the first time ever, we actually have a system to do it and that system would be based on your personalized genome.”

That system is known as CRISPR, and it’s where Crispr, Intellia and Editas are putting their chips. It’s a cheaper and faster gene editing method and, according to Bermingham, the key to advancing personalized medicine. Some analysts think CRISPR technology could provide the platform for the next generation of giant biotech companies.

What Is CRISPR Gene Editing?

CRISPR the technology — not to be confused with Crispr Therapeutics, the company — builds on a project that sequenced the human genome. The first map cost $2.7 billion and was completed in 2003.

Since then, the cost to map an individual’s genome has dropped precipitously and could come down to just hundreds of dollars in the next few years, Bermingham says. Large-data analytics also have a part to play in sifting through the genome.

IBD’S TAKE: Biotech companies account for a large share of recent IPO stocks, yet investing in them before they have profits or sales can be risky. Learn to identify the best IPOs and how to trade them for potential big gains.

When the first human genome was mapped, investigators were “absolutely horrified” to find just 20,000 genes in the human body that code proteins, Bermingham says. That was down from estimates of 100,000. Essentially, these protein-coding genes serve as words in the genetic language.

Investigators also found regions of DNA that were initially thought to have no purpose. These were controversially called “junk DNA” that does not code protein. But, as it turns out, these sequences do have a key purpose in regulating the expression of genes.

All together, the better understanding of the human genome has allowed these biotech companies to utilize CRISPR, an acronym for the technology known as Clustered Regularly Interspaced Short Palindromic Repeats.

There is a caveat, however. In January, a paper published by bioRxiv said there may be evidence that human immune systems may fight off the major form of genome editing that uses an enzyme called Cas9, thus rendering the science ineffective. The paper, however, has yet to be peer reviewed.

The process, developed at various universities, essentially uses specialized strands of DNA that act as molecular “scissors.” Those scissors are capable of editing other DNA at specific points, and allow biotech companies to edit, add or remove faulty genes responsible for diseases.

There are varying types of scissors. Crispr, Intellia and Editas are using the Cas9 CRISPR technology, ARK Invest analyst Manisha Samy told IBD. She estimates Cas9 can reach 70%-80% of the human genome. Developing new scissors can expand the reach into more genes and diseases, she says.

She likens CRISPR technology to a word processor.

“We think CRISPR gene editing is analogous to a DNA word processor with two functions: find and delete,” she said in a January 2017 report. “In addition, scientists are working on a rudimentary paste function, allowing CRISPR to insert appropriate DNA code to repair mutations.”

“What’s so powerful about CRISPR is it’s so easy to use,” he told IBD. “High school students are doing experiments in the biology lab to knock out genes. Zinc fingers takes a lot of talent and time. You have to fiddle with them a lot. The systems created under CRISPR are quite robust.”

In January, bioRxiv — an online archive and distribution service for unpublished reports in the life sciences field — published a paper casting doubt on the durability of CRISPR gene therapy over time, suggesting the body could build an immunity to it. Analysts and biotech companies are not worried, however, saying either this is a nonissue or there’s time for the science to catch up.

Many companies working in CRISPR are doing so using the Cas9 enzyme, short for CRISPR associated protein 9. Cas9 is derived from two bacteria that cause infections in humans at high rates, meaning some immune systems could have developed immunities to them.

Would CRISPR gene editing, using that enzyme, work in those patients?

It depends, Crispr Therapeutics said in a follow-up email to IBD. It’s important to note the lead investigator and writer on the bioRxiv paper was Matthew Porteus, a scientific founder and advisory board member for Crispr Therapeutics.

When the gene editing is done ex vivo, or outside the body, the Cas9 enzyme is degraded and, therefore, essentially gone by the time the cells are reintroduced to the patient, Crispr told IBD.

For in vivo applications, when gene editing is done inside the body, Crispr Therapeutics says it uses several approaches to ensure transient expression of the Cas9 enzyme. Because of that, “we do not expect pre-existing immunity to Cas9 to cause any issues,” the firm said.

Ark’s Samy also noted that other enzymes are in use. Editas is also using the Cpf1 enzyme. This enzyme is derived from other bacteria and could overcome some of the immunity challenges involving Cas9.

Intellia told IBD in a follow-up email that in clinical testing, its delivery system for treatment in rodents and non-human primates has yet to falter. Further, Intellia notes it’s using an advanced form of Cas9 and none of the donors had a pre-existing immunity in its study.

The data are still early. Editas has done its own work in immune responses to CRISPR genome editing and will present a paper in the future, JMP’s King said in a Jan. 8 note to clients. Management has indicated it found immune responses to be “much lower” than those reported in the other paper.

“Immune responses are not uncommon,” Samy said. “Scientists have worked for decades on evading immune recognition. There are numerous workarounds that can be implemented to reduce any potential side effects with Cas9 and we have proved this in a number of other therapeutic modalities.”

How Biotech Companies Are Using CRISPR

Among the biotech companies, Crispr Therapeutics is ahead of the competition from a regulatory standpoint. On Dec. 7, the firm submitted its first application for a clinical trial testing its gene therapy, known as CTX001, in a blood disorder known as beta thalassemia.

The company is working with Vertex Pharmaceuticals (VRTX) in beta thalassemia, as well as sickle cell disease. The therapies are part of Crispr’s ex vivo programs, where gene editing is done on cells outside the body before they are reintroduced to the patient. Crispr is also looking at in vivo therapies for the liver, muscles and lungs.

According to a Crispr news release, the trial is set to begin in Europe in 2018 in adult patients. This is expected to be the first in-human trial of a gene editing treatment based on CRISPR technology. Crispr also plans to file an application for CTX001 to treat sickle cell disease in the U.S. in 2018.

Intellia also has in vivo and ex vivo programs in gene editing, and also is working in sickle cell disease. It’s furthest along in a partnership with Regeneron Pharmaceuticals (REGN) for a therapy to treat what’s known as transthyretin amyloidosis, a condition characterized by the buildup of abnormal protein deposits throughout the body.

Meanwhile, Editas is working on an injected treatment for an inherited eye disease known as Leber congenital amaurosis, which is characterized by severe loss of vision at birth. It is also using gene editing in sickle cell disease and beta thalassemia.

Intellia and Editas also are expected to start in-human trials in 2018, analysts say.

Regulators are getting more comfortable with the idea of gene editing, Crispr Therapeutics President Sam Kulkarni told IBD. The benefit of gene editing — and potential trouble with it — is that it’s meant to be a permanent fix. The biotech companies are working to ensure they hit a bull’s-eye every time out.

“We’ve shown you we can make this edit and it’s done in a precise fashion using (targets the industry calls) molecular ZIP codes,” he said. “We eliminate edits happening outside places you want them to happen. And we manufacture these in a high-quality fashion, understanding the pharmacology.”

Both Kulkarni and Intellia’s Bermingham — who was succeeded by John Leonard, a former AbbVie (ABBV) executive — say there’s room for all three big players in the group.

Sizing the market is a challenge, ARK’s Samy says. No matter how you slice it, the numbers are big and a lot will depend on which diseases companies target and how they set pricing.

If CRISPR is able to address all monogenic diseases diagnosed each year, that’s a $75 billion market globally, she says. Addressing all these diseases for people already living with diagnoses would be a $2 trillion market.

“One product is not going to cure everything,” she said. “Whenever you’re seeing volatility between these three main CRISPR companies, it doesn’t really make sense because there’s room for all of them and more when it comes to CRISPR.”

Kulkarni says it’s unlikely the market will remain at just three publicly traded biotech companies with CRISPR technology in the long run. The technology is just that remarkable.

“Once in a lifetime may be a little bit of a stretch, maybe not,” he said. “But it’s definitely a once in a generation type of advance in the field. The last time this kind of excitement happened in the biotech field was when antibodies were applied as therapeutic modalities. On the basis of that, technology companies like Genentech (now owned by Roche (RHHBY)) were created.”

He added: “Here we have the basis of a CRISPR platform to create the next big biotech giants.”

Where To Find The Best Stocks In 2018