CRISPR Technique Could Correct Majority of Thousands of DMD Mutations 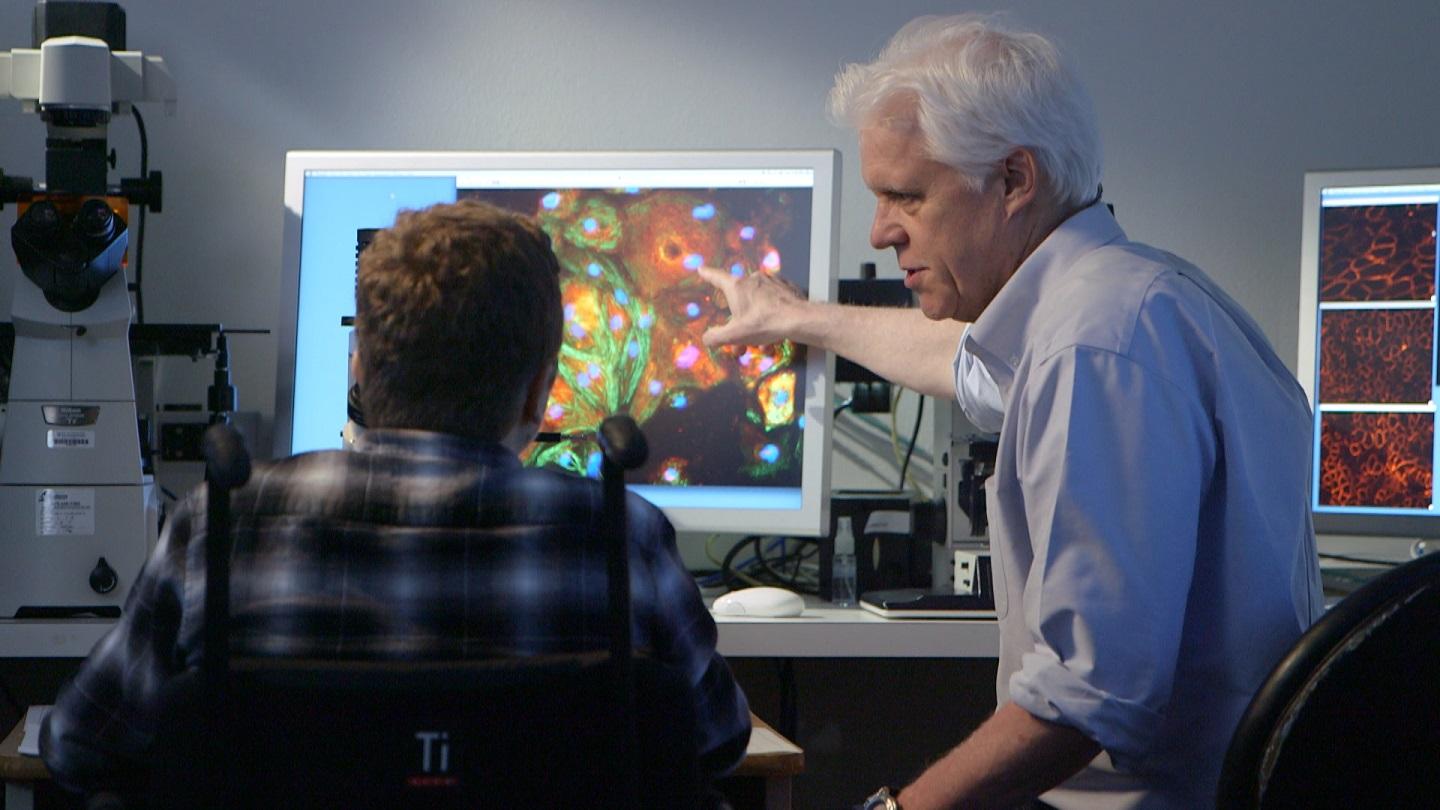 Scientists at the University of Texas (UT) Southwestern Medical Center report on the use of a CRISPR/Cas9 gene-editing technique that could potentially correct most of the 3000 mutations that cause Duchenne muscular dystrophy (DMD). In proof-of-concept studies, Eric Olson, Ph.D., and colleagues used the single-cut myoediting technique to restore normal dystrophin production in cells taken from patients with a range of different DMD gene mutations. In 3D engineered heart muscle (EHM), myoediting of DMD mutations restored dystrophin expression and the mechanical force of contraction.

The new approach requires a single cut at defined points in the DMD gene and could negate the need to develop a gene-editing tool for each DMD mutation. “This is a significant step,” says Dr, Olson, who is director of UT Southwestern’s Hamon Center for Regenerative Science and Medicine. “We’re hopeful this technique will eventually alleviate pain and suffering, perhaps even save the lives, of DMD patients who have a wide range of mutations and, unfortunately, have had no other treatment options to eliminate the underlying cause of the disease.”

The researchers report their studies with the CRISPR/Cas9 approach in Science Advances, in a paper entitled “Correction of Diverse Muscular Dystrophy Mutations in Human Engineered Heart Muscle by Single-Site Genome Editing.”

DMD affects about 1 in 5000 males and is caused by mutations in the X-linked dystrophin gene. At 2.6 million base pairs, the DMD gene is one of the largest known in the human genome, and its size and complicated structure contribute to the high rate of spontaneous mutations, the UT Southwestern team explains. About 3000 documented mutations in the human DMD gene have been documented, including large deletions or duplications, small indels, and point mutations.

Dr. Olson’s team and other researchers have previously used CRISPR/Cas9-mediated genome editing to correct DMD point mutations in mouse models but, as the researchers point out, “most of DMD patients harbor deletions in one or more exons, whereas only 5 to 9% of DMD patients have point mutations.…Given the thousands of individual DMD mutations that have been identified in humans, an obvious question is how such a large number of mutations might be corrected by CRISPR/Cas9-mediated genome editing.”

In fact, most of the DMD gene mutations are clustered in “hotspot” areas of the gene (exons 45 to 55 and exons 2 to 29). This means that skipping 1 or 2 of 12 targeted exons within or near the hotspots—termed the top 12 exons—and so eliminating abnormal splice sites, could feasibly allow the production of a functional dystrophin protein in about 60% of all DMD patients. The team coined the term “myoediting” to refer to correcting DMD mutations by exon skipping.

They screened for guide RNAs that could direct the Cas9 enzyme to skip the DMD 12 exons and restore production of a viable dystrophin protein. The aim was to develop a CRISPR/Cas9 tool that would work on groups of mutations, “such that skipping of individual exons can restore dystrophin expression in large numbers of patients,” they write.

“This is a major advance,” states Rhonda Bassel-Duby, Ph.D., co-author of the study and professor of molecular biology at UT Southwestern.. “Many different therapies have been put forward, but this one provides real hope to extend and improve the quality of patients’ lives….Not only did we find a practical way of treating many mutations, we have developed a less disruptive method that skips over defective DNA instead of removing it. The genome is highly structured and you don’t want to remove DNA that could potentially be important.”

The same single-cut CRISPR/Cas9 approach could feasibly form the basis of teatments for other diseases caused by single-gene mutations. However, the target genes must be able to function once the target exons have been removed. “Dystrophin is like a big shock absorber; removal of a few coils of the springs is fine,” notes Dr. Olson, who is also codirector of the Wellstone Muscular Dystrophy Cooperative Research Center, and professor and chair of molecular biology at UT Southwestern. “Other proteins may not be so easy.”

In February 2017, Dr. Olson founded start-up biotech Exonics Therapeutics, which has licensed the CRISPR/Cas9 technology from UT Southwestern for use in the development of treatments for DMD. The new company secured $5 million in seed financing from CureDuchenne Ventures.