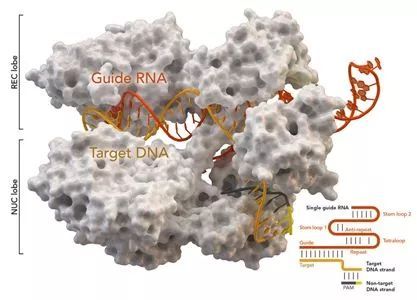 Duke University Law Professor Arti Rai and Arizona State University of technology Professor Robert Cook-Deegan in an articleIPPolicy Forum paper about gene editing patent war. They put in some property disputes, compared to the initial invention of the person, the court should have more consideration. To CRISPR-Cas9 technologies such as, for example, they claimed that it should be some of the ideas and rights given to as with this technology relevant for future research work of the beneficiaries of the public. Related papers published in 2017 11 December 17 in the Science journal, The paper title is“Racing for academic glory and patents: Lessons from the CRISPR”。

CRISPR-Cas9 is a cutting-edge gene editing technology. Given that many researchers are using it to conduct gene editing research, it has been reported in the press. But it gets widely reported, another reason is that both are claiming that they invented it. Both are at the University of California and the Broadbent Institute. Allegedly, due to licensing rights exist, patent rights for this patent war the final winner bring a lot of income.

as Rai and Cook-Degan points out that, since the 1980 Bayh-Dole act（Bayh-Dole Act through, like the patent war has been underway for several decades. Bayh-Dole act allows the entity to obtain Federal funding of research work the patent. In this field CRISPR patent war, both sides get the United States National Institute of Health（NIH funding, and have filed a patent application, but application timing is uncertain. But as the authors pointed out, in the legal dispute should not be lost or overlooked is the rights of the public. If one of the parties in this patent war to win, then it should be managed to control who is able to use this gene-editing techniques and ways to use. In this kind of full ownership granted to an entity case, the court may in a harmful way hinder genetic research. If a group of researchers in the Elimination of ageneticdisease is being in progress but due to not be able to obtain licenses to patents and the progress is slow, the How to deal with? Innocent people may because of the court ruling compromised. The authors proposed solution is in these cases, the court no longer grants protection to a wide range of patent, but the grant of protection to the narrow scope of patent rights, which allow the patent holder enjoys some rights but not all rights, which is the cutting-edge technology to create a more open system.