Source: Two Issued US Patents Granted to Cellectis for CRISPR Use in T-Cells 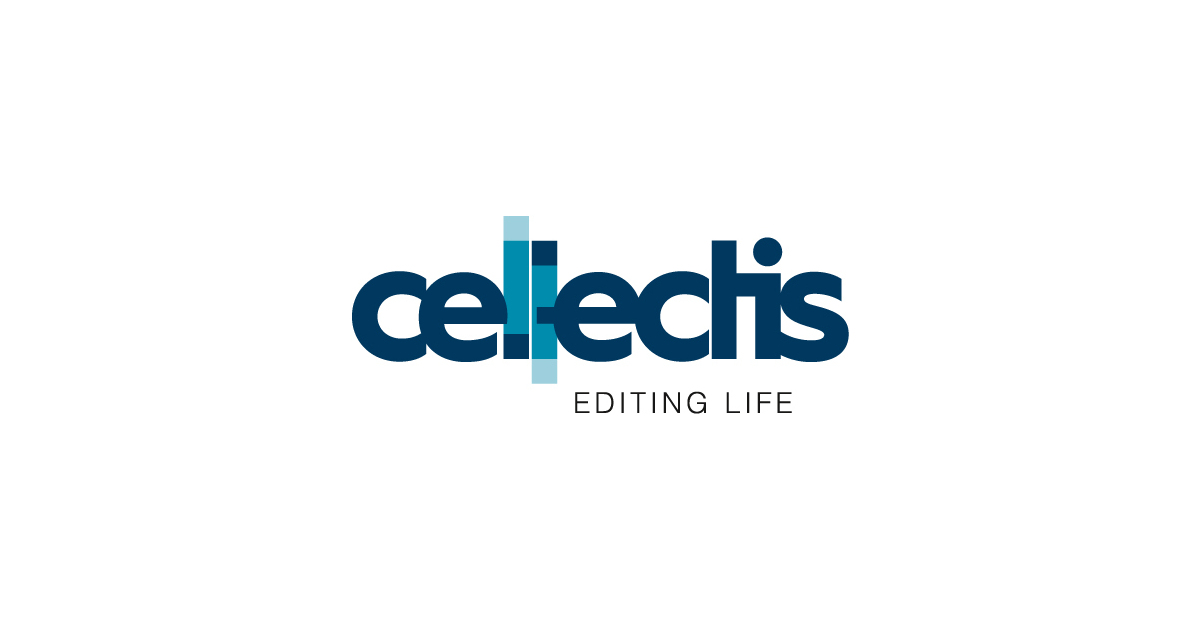 Cellectis
(Paris:ALCLS) (NASDAQ:CLLS), a clinical-stage biopharmaceutical company
focused on developing immunotherapies based on gene-edited allogeneic
CAR T-cells (UCART), announced today the issuance of two U.S. patents –
US 9,855,297 and US 9,890,393 – for the invention of certain uses of
RNA-guided endonucleases, such as Cas9 or Cpf1, for the genetic
engineering of T-cells. The patents came into force on January 2nd,
2018and February 13th, 2018, respectively.

Both patents claim methods by which T-cells are gene edited using
transient expression of CRISPR/Cas9 components. These inventions are
based on the early work initiated by inventors at Cellectis when the
CRISPR technology first came to light.

These therapeutic-focused patents follow the grant by the European
Patent Office of patent No. EP3004337 for similar inventions and
previous intellectual property that Cellectis has obtained over the last
two decades for major gene editing technologies including meganucleases,
TALEN®, MegaTAL and CRISPR.

“Cellectis is a pioneering gene editing company that has always been
keen to be at the forefront of all gene editing technologies,” said Dr.
André Choulika, Cellectis Chairman & CEO. “We have been the first to
explore the potential of CRISPR in its early days in various
applications, including therapeutics and plants. These early findings
ultimately led to the grant of this set of new patents. As such, these
patents only reinforce Cellectis’ leadership position in the gene
editing industry.”

Convinced of their strong value for the future development of engineered
CAR T-cells, Cellectis will make these patents available for licensing
to companies that are willing to use CRISPR technologies in T-cells. The
technical knowledge in these patents could, for example, help users
engineer allogeneic CAR T-cells while suppressing genes involved in
checkpoint inhibitions, such as PD-1, engineer drug resistance, or
remove MHC (Major Histocompatibility Complex) related genes. The
technology could also be used to insert a DNA CAR construct by gene
targeting a specific locus in the genome of T-cells.

The inventors of these patents are Dr. André Choulika, Chairman & CEO of
Cellectis and one of the pioneers in the development of nuclease-based
genome editing technologies; Dr. Philippe Duchateau, Cellectis Chief
Scientific Officer and seasoned gene editing expert; and Dr. Laurent
Poirot, Cellectis Head of Early Discovery and expert of gene functions
in immune cells.

2. The method of claim 1, wherein the RNA-guided endonuclease is Cas9.

1. A method of preparing T-cells for immunotherapy comprising the step
of:

(a) genetically modifying primary T-cells by introduction and/or
expression into the cells of at least:

– a RNA-guided endonuclease; and

– a specific guide RNA that directs said endonuclease to at least one
targeted locus in the T-cell genome,

wherein said RNA-guided endonuclease comprises the amino acid sequence
set forth in SEQ ID NO:1 or SEQ ID NO:2; and

(b) expanding the resulting cells.

Cellectis is a clinical-stage biopharmaceutical company focused on
developing a new generation of cancer immunotherapies based on
gene-edited T-cells (UCART). By capitalizing on its 18 years of
expertise in gene editing – built on its flagship TALEN® technology and
pioneering electroporation system PulseAgile – Cellectis uses the power
of the immune system to target and eradicate cancer cells.

Cellectis is listed on the Nasdaq market (ticker: CLLS) and on Euronext
Growth (ticker: ALCLS). To find out more about us, visit our website: www.cellectis.com

Talking about gene editing? We do it. TALEN® is a registered trademark
owned by the Cellectis Group.