Scientists are harnessing the same technology behind the powerful gene-editing tool CRISPR to develop cheap devices that can quickly diagnose infections. These systems, described in new research, have the potential to revolutionize how we detect and respond to viruses like HPV and Zika, especially in developing countries.

The new tools, developed by the labs of CRISPR pioneers Jennifer Doudna and Feng Zhang, are showcased in two studies published today in the journal Science. In one paper, Doudna’s team describes a system called DETECTR, which can accurately identify different types of the HPV virus in human samples. In the second paper, Zhang’s team shows an upgraded version of SHERLOCK — which was shown last year to detect viruses like Zika and dengue, as well as other harmful bacteria — in human samples.

Together, these two papers prove the enormous potential behind different versions of CRISPR — and not just to edit genomes. “It enables a new generation of diagnostics that may be more widely available and more cost effective than current technologies,” says Mitchell O’Connell, assistant professor in the Department of Biochemistry and Biophysics at the University of Rochester, who was not involved in either research.

CRISPR is based on a defense mechanism bacteria use to ward off viruses — cutting off bits of their DNA and pasting them elsewhere. Scientists have engineered that mechanism to edit pieces of the genetic code, and are using it to try to cure diseases. CRISPR has been used to prevent mice from going completely deaf, and to edit immune cells of patients with lung cancer, to help them fight the disease. The gene-editing tool we often hear about is called CRISPR-Cas9, but there are different types of CRISPR, with different types of molecular scissors, or enzymes.

The CRISPR used in the first Science study is called CRISPR-Cas12a. Doudna’s team discovered that when this type of CRISPR snips double-stranded DNA, it does something interesting: it starts shredding single-stranded DNA as well, says study co-author Janice Chen, a fellow at Doudna’s lab at UC Berkeley. “That was an unexpected finding,” Chen tells The Verge. “We were instantly, ‘This is crazy.’ This opens a whole new avenue for being able to detect DNA sequence.”

So Chen and her colleagues decided to engineer Cas12a into a diagnostic tool, called DETECTR. It works this way: the CRISPR system is programmed to detect the HPV DNA inside a person’s cells. When CRISPR detects it, it also cuts a “reporter molecule” with single-stranded DNA that releases a fluorescent signal. So if the cells are infected with HPV, scientists are able to see the signal and quickly diagnose a patient. For now, DETECTR was tested in a tube containing DNA from infected human cells, showing it could detect HPV16 with 100 percent accuracy, and HPV18 with 92 percent accuracy. Those two HPV types are particularly dangerous because they can cause cancer in men and women.

“Certainly there are improvements to be made, but as far as a proof of principle experiment we were really excited,” says Chen. Each DETECTR test costs less than one dollar and takes about an hour — which is cheap and quick relatively to other tests. Now, Chen and her team are trying to develop the right hardware that can allow people to easily read that fluorescent signal. They also want to test if the system works with other types of human samples, such as blood, saliva, or urine.

Compared to DETECTR, the other diagnostic tool described in the second Science paper is a bit closer to being deployed in the field. Called SHERLOCK, this system uses a variety of CRISPR enzymes, including Cas12a. Last year, Zhang’s team showed that SHERLOCK uses CRISPR-Cas13a to find the genetic sequence of Zika, dengue, and several other bacteria, as well as the sequences associated with a cancer mutation in a variety of human samples, such as saliva. Now, the team has improved the tool to be 100 times more sensitive and detect multiple viruses — such as Zika and dengue — in one sample simultaneously. It does this by combining different types of CRISPR enzymes, which are unleashed together to target distinct bits of DNA and RNA, another of the major biological molecules found in all forms of life. Some enzymes also work together to make the tool more sensitive. 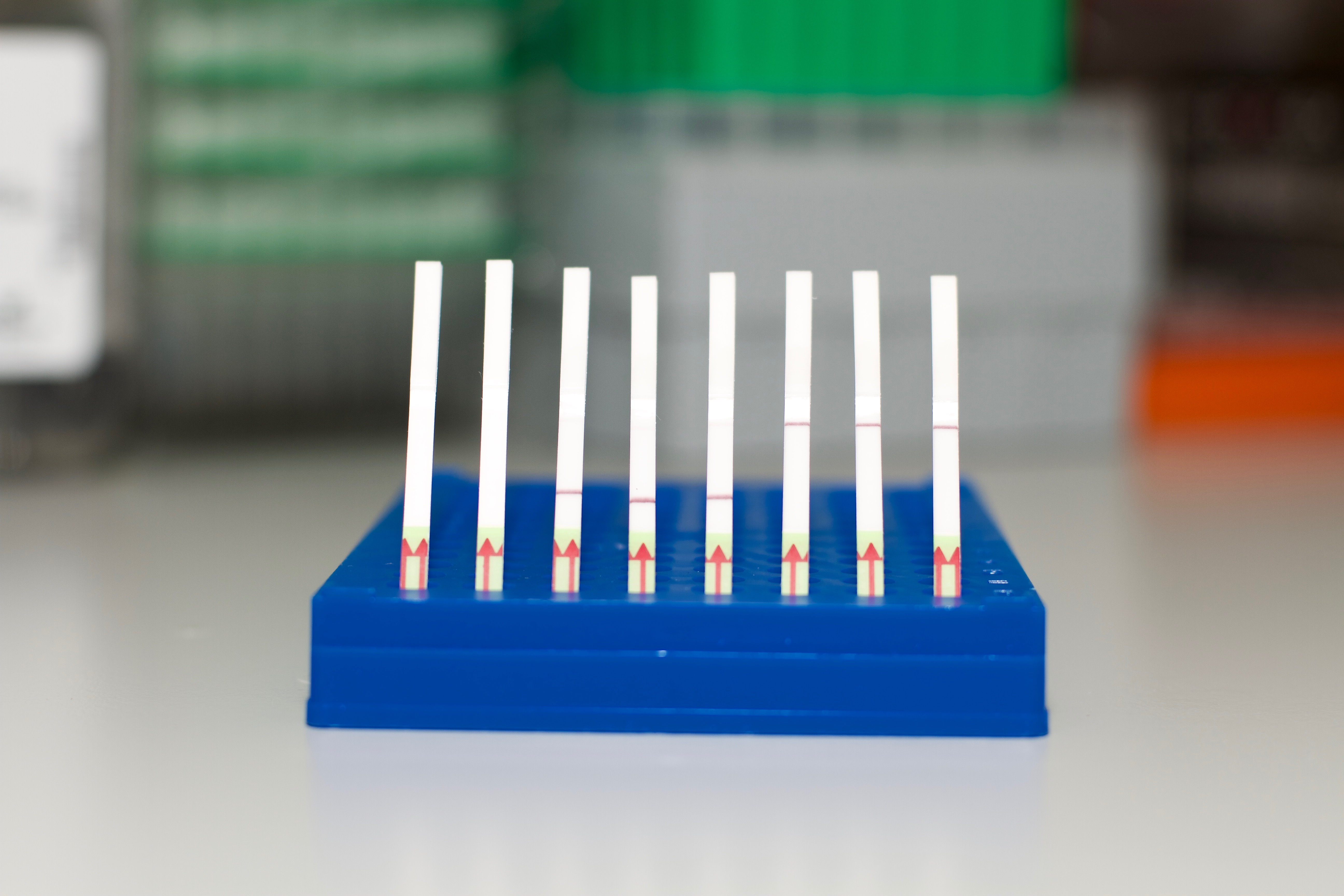 “The fact that we can put all these different enzymes into a single tube and have them not only play nice with each other, but also tell us information we couldn’t get otherwise — that is really spectacular and it speaks to a lot of the power of biochemistry,” says study co-author Jonathan Gootenberg, a PhD student in the Zhang Lab.

SHERLOCK uses fluorescent signals like DETECTR, but Zhang’s team also developed a paper strip that displays test results for Zika or dengue similar to a pregnancy test. That makes it particularly easy to use, because it doesn’t require any special equipment. “In a disaster situation, where you don’t have resources like electricity… this can be shipped and be done in the spot,” O’Connell tells The Verge. “You don’t really need anything, just the sample.” And it’s cheap too: the SHERLOCK paper strips cost only a couple of dollars.

Both DETECTR and SHERLOCK need more work. Researchers have to make sure that these systems are incredibly accurate before they’re used with actual patients. But for developing countries that lack state-of-the-art equipment and trained personnel, these diagnostic tools could really make a difference. It has “real potential to make an impact on human health and society,” says study co-author Omar Abudayyeh, also a PhD student in the Zhang Lab.