“Science” while the publication of the CRISPR two large top camp latest results:not just for…

Source: “Science” while the publication of the CRISPR two large top camp latest results:not only for…

because the easy to use, build a simple, CRISPR is considered genetic research in the field of revolutionary technology. Today, the popular gene-editing tools not only are used for the transformation of mammalian cells, from agriculture to medical and even to environmental protection（mit Professor Feng Zhang: the CRISPR will be in the climate to Shine, and the scientists are on it exhibit a very strong interest.

and in CRISPR research, there are two vanguard characters we have to mention, that is the mit ProfessorZhang, Fengand UC Berkeley ProfessorJennifer Doudna。 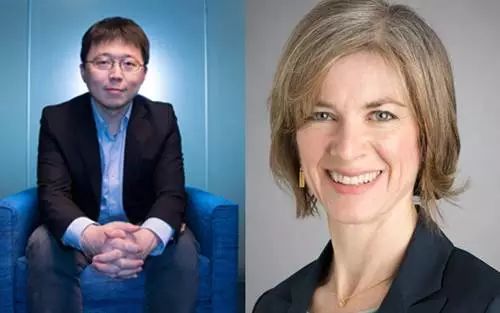 Jennifer Doudna in the earlier years of the CRISPR system to do many of the basic research in 2012 published in “Science” in the article for the first time confirmed by the CRISPR in living cells to modify the genes of capabilities, and a complete discussion of the CRISPR genome-editing possibilities. Zhang Feng, the team is in a 2013 article published for the first time the CRISPR system for mammalian cells gene editing. In this regard, Zhang Feng, the team took the lead in the United States obtain the protection of intellectual property, however, the European Patent Office has revoked a Zhang Feng, the team’s patent application.< strong>so far, two veterans between the patent battle is also in full swing.

coincidentally, the 2 month 15 day of the Science published two studies, respectively, demonstrated by Jennifer Doudna and Feng Zhang lab is based on the CRISPR system and development of new diagnostic tools.

in one of the papers, Doudna’s team demonstrated a named DETECTR system,it can accurately identify the source of the sample in different types of HPV viruses.in another paper, Zhang Feng, the team is showing the performance optimization of the SHERLOCK system, which last year successfully developed,for the detection of human-derived samples in the zika virus infection, dengue virus and other harmful bacteria.

The two papers together demonstrated CRISPR great potential, not only for genome editing. 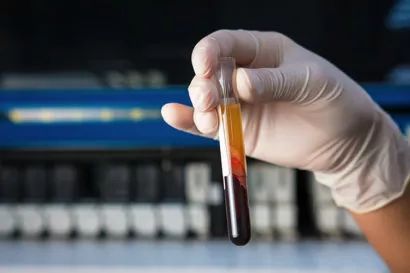 “it enables a new generation of diagnostic techniques become possible, and the ratio of the current technology is more cost-effective” thatRochester College of Biochemistry and biological Physics Department assistant Professor Mitchell O’Connell said.

in “Science” published studies, the Doudna team using CRISPR-Cas12a system. They found a very interesting phenomenon: this CRISPR system in the shear-targeting of double-stranded DNA at the same time, Cas12 DNA enzyme activity can be activated, and the enzyme can be non-specific cutting of single-stranded DNA（ssDNA）。

The study’s co-author, University of California, Berkeley lab researcher Janice Chen this says:“this is an unexpected but very‘crazy’the discovery of。” 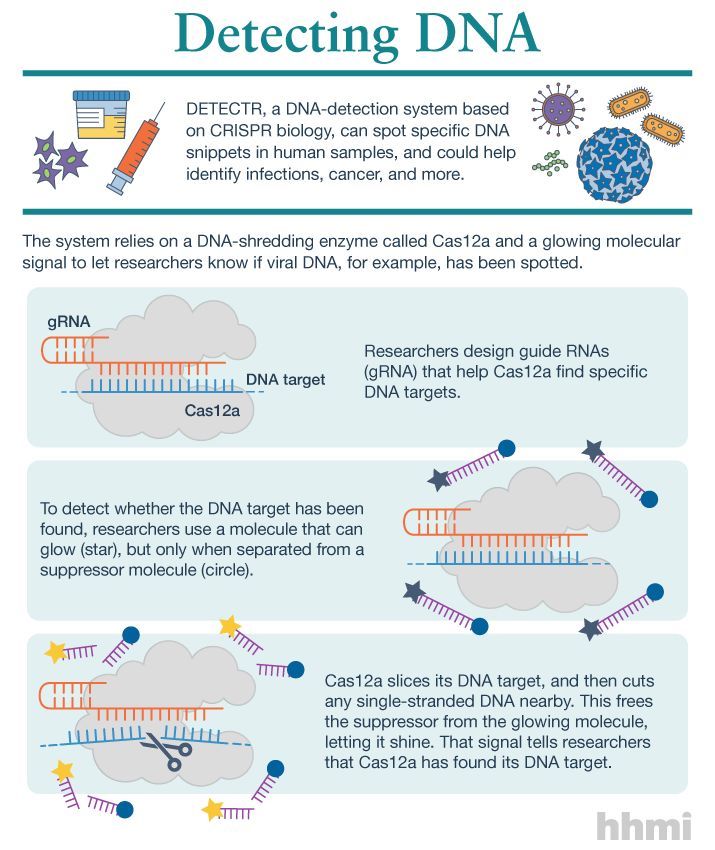 The reason that this is a“crazy”found thatis because of this discovery for intracellular detection of whether it contains a target DNA provides a brand new idea:while the intracellular delivery of targeting the DNA of the CRISPR-Cas12a system and nonspecific ssDNA fluorescent reporter gene（FQ-labeled reporter, and upon detection of the target DNA, the CRISPR-Cas12a the system will start at the same time, a fluorescent reporter gene will also be degraded, thereby releasing the fluorescent signal.

based on this, Chen and her colleagues developed a���Can be used to diagnose viral infection of the new diagnostic tools, and through theisothermal nucleic acid amplificationtechnology with improved sensitivity. The tool is named DNA Endonuclease Targeted CRISPR Trans Reporter, referred to as DETECTR。

“of course, we also need to constantly improve the system. But in principle, this idea is feasible, we’re really excited.” Chen said.

it is gratifying, compared to the other tests, DETECTR test is inexpensive and quick:a single cost less than a dollar, just one hours。

now,Chen and her team are trying to develop can easily read the fluorescence signal of the hardware devicesit. They also want to test whether the system can respond to other human samples, such as blood, saliva or urine.

last year, Zhang Feng, the team demonstrated to the public SHERLOCK how to use the CRISPR-Cas13a in a variety of human samples, such as saliva found walled card, dengue RNA sequences, and even some with cancer mutations in the relevant sequence.

today, SHERLOCKv2 was born.the SHERLOCK compared, the sensitivity increased 100-fold, and in the same sample detected a variety of virus infection, such asat the same time the detection of the stronghold card and the dengue virus。

has been able to achieve such results is because they in SHERLOCKv2 the introduction of a variety from different species of bacteria of the genus Cas13 enzymes, such as LwaCas13a and PsmCas13b it. 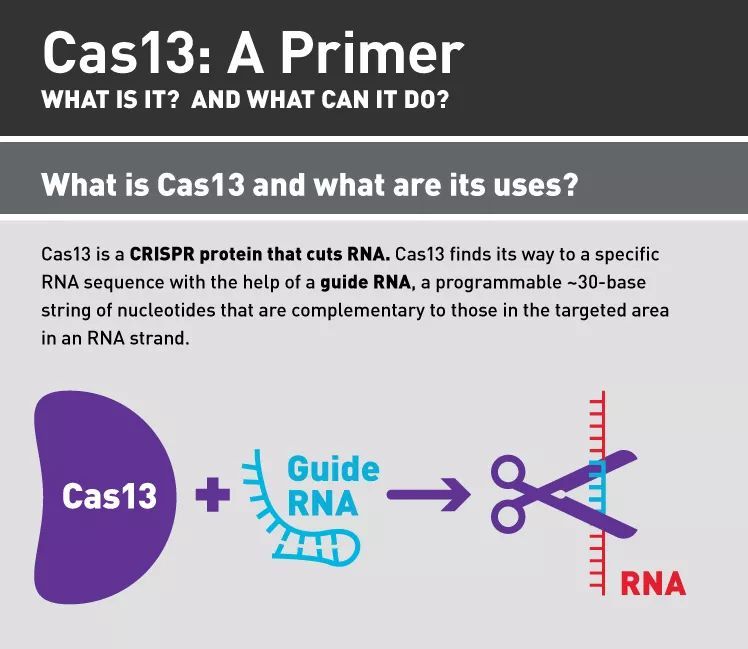 this principle actually and Doudna team DETECTR basically the same, but Zhang Feng, the team designed a fluorescent reporter gene must be specific, and Doudna team is very specific.< strong>however, it is also the“specificity”of this advantage so that SHERLOCKv2 can be the simultaneous detection of multiple sequences.

in the same similar idea is, in order to improve the sensitivity, Zhang Feng, the team also introduced the isothermal core amplification technology. But in addition, they to the system also introduces a CRISPR type-III in the Csm6 enzyme. Csm6 enzyme specific cleavage sequence for the cyclic adenosine monophosphate molecule and the end of the 2’,3’-cyclic phosphate of the linear amp. They found that by designing a CRISPR system so that Cas13 after the cut sequence is Csm6 enzyme targeting sequence, can greatly improve the sensitivity. 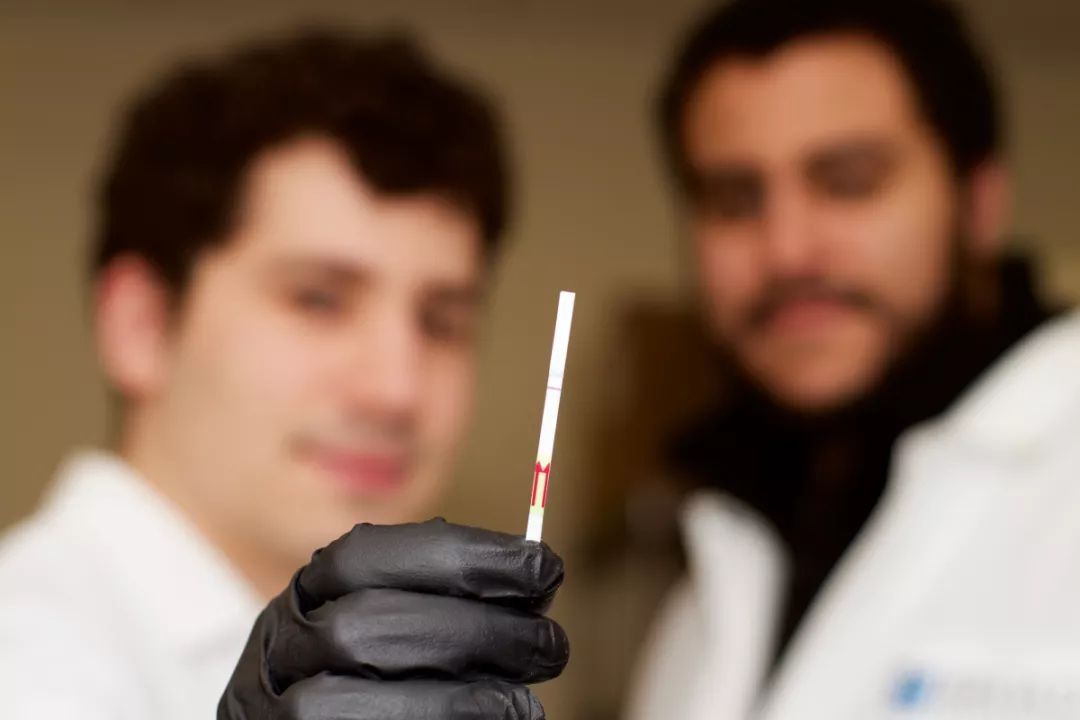 “they put a tube in all enzymes, they are not only interactions play a better role, but let us give the precious biological information. It’s really great full to us to show the Biochemistry of powerful forces”, paper co-author, from Feng Zhang Lab’s PhD students, Jonathan Gootenberg said.

currently, virus infection diagnosis generally include virus isolation and identification, virus nucleic acid and antigen direct detection and specific antibody detection,is not only time-consuming, but also for medical equipment and operating personnel’s professional standards requirements are very high.so, if we can developed a dependence on expensive equipment and the health care provider of smart diagnostic equipment is very important, especially for viral infections often wanton rampant in the developing countries.

with the DETECTR compared to Zhang Feng team paper described a diagnostic tool SHERLOCKv2 away from this goal even further. 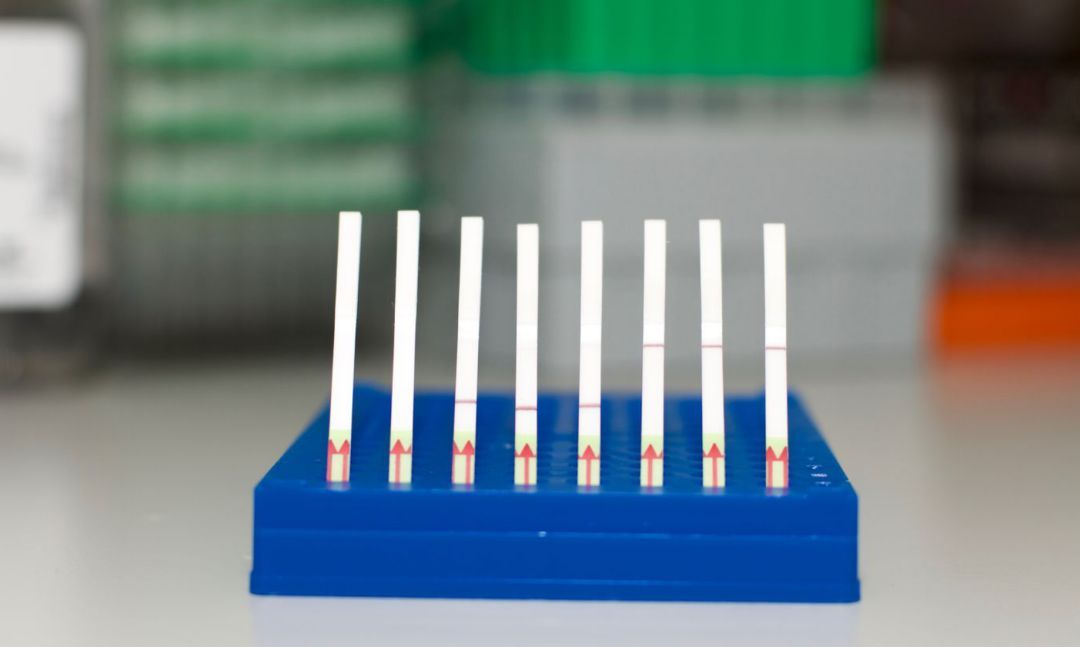 like DETECTR, like, SHERLOCK also using a fluorescence signal as output.< strong>but is not limited to this, Zhang Feng, the team has also developed a similar to a pregnancy test, like the test paper method.now, don’t need any special equipment,just a piece of paper, the SHERLOCKv2 will be able to show the virus detection results, very easy to use.

although DETECTR and SHERLOCK has to we show their use in the diagnosis of a powerful force, but on entering the before clinical use, the researchers still have a lot of work needs to be done to ensure the accuracy of diagnosis.

however, I believe that these new diagnostic tools will absolutely rewrite the future of diagnostic technology, particularly to those who lack the advanced equipment and the trained personnel of developing countries is very different.“ It affects human health and the whole society of the true potential”, from Feng Zhang lab of another doctoral student, the thesis of co-author Omar Abudayyeh said.

all in all, the two teams are being developed based on these CRISPR, for the rapid diagnosis of infection cheap equipment,is expected to be of the world, especially in developing countries the virus, such as HPV and walled card infection diagnosis, brought a real revolution。

The School of trial: Huang Shan