Polish researchers tested a new variant of CRISPR/Cas9 that increases the gene-editing system’s precision in targeting specific DNA sequences, such as the gene responsible for Huntington’s disease.

CRISPR/Cas9 offers a means of editing genes by essentially ‘cutting and pasting’ sequences of DNA. A group of researchers at the Institute of Bioorganic Chemistry in Poland has developed a Cas9 nickase system that allows for even more more precise gene targeting than the conventional CRISPR/Cas9 technology. The team published their results in the journal Frontiers of Neuroscience, showing their approach could be used to develop a treatment for Huntington’s disease.

There is currently no cure for Huntington’s disease, which is caused by an abnormal repetition of a certain DNA sequence in the huntingtin gene. The mutated gene leads to the production and accumulation of a toxic protein that damages neurons. As a result, patients gradually lose their motor and cognitive abilities.

Numerous approaches have been made to treat Huntington’s disease, including interrupting the production of the toxic protein through RNA- and DNA-based methods. While researchers have started exploring the potential of the gene editing tool CRISPR/Cas9 in this context, investigations are still in early stages, since CRISPR/Cas9 was only discovered in 2012.

While previous technologies, such as TALEN and zinc-finger nucleases (ZFN), have made gene-editing possible, CRISPR/Cas9 has the advantage of acting faster and being easier to use than its predecessors. Now, the use of a Cas9 nickase pair provides a safe and efficient means of targeting the huntingtin gene in Huntington’s patients.

The Polish study showed that Cas9 nickase pairs were successful in removing the abnormal repetitions from the huntingtin gene in patient-derived connective tissue cells, as well as inhibiting toxic protein synthesis. In addition, Dr. Marta Olejniczak, group leader of the study, reports, “no sequence-specific side effects were observed.” 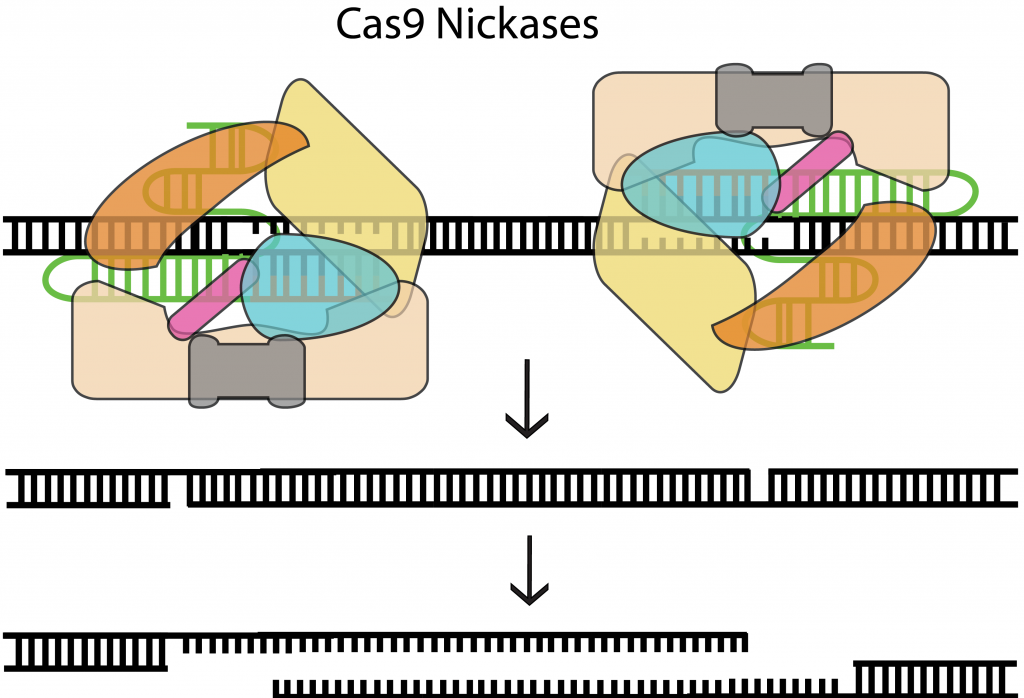 However, other market contenders are closer to a product launch. Recently, uniQure came one step closer to moving its Huntington’s gene therapy, AMT130, into the clinic by receiving the EMA’s Orphan Medicinal Product Designation. Last year, a landmark Phase I trial at University College London’s Huntington’s Disease Center showed positive results for a Huntington’s treatment that suppresses the effect of the mutation that causes damage to the brain. The drug, called Ionis-HTTRx, works by intercepting mRNA and destroying it before the toxic protein is made, thereby silencing the diseased mutant gene.

The global market for Huntington’s disease is expected to exceed $1.3Bn (€1.06Bn) by 2020 due to increasing awareness for the disease and the prevalence of unmet patient needs. Because the exact role of huntingtin protein in the disease is still not fully understood, it is necessary to pursue multiple lines of research in parallel. While the findings of Dr. Olejniczak’s team could lead to safer, more efficient treatments, the bench results have a ways to go before reaching the clinic.