gene editing technology company Inscripta has announced the completion of the 5550 million C round of financing, used to accelerate its based on CRISPR gene editing tools of development and commercialization, and expanding the professional teamit. This round of financing by Mérieux Développement and Paladin Capital Group Co-lead investor, the original investor Venrock, a Foresite, MLS Capital and NanoDimension with the cast.

Inscripta is a gene editing technology company, formerly known as the Muse Biotechnologies, is committed to creating revolutionary gene editing technology and tools for human food, fuel and medical treatment, etc. to bring change. It is based on the cutting-edge CRISPR gene editing principles, the development of a class of CRISPR enzyme class family called MADzymes for researchers and commercial partners to specifically tailor the desired nucleic acid enzymes, as well as a full gene editing supporting tools, software, instruments and reagents, etc., these tools will greatly improve gene editing speed and efficiency.

in this round of financing 2 months ago, Inscripta released the company’s first new and unique CRISPR gene editing enzyme, named MAD7; and MAD7 are free and open to all researchers for research and developmentwithout having prepaid license fees, or use of the technology of manufacturing products of“royalties”, but if someone wants to MAD7 for non-research purposes, such as manufacturing, the enzyme for the treatment or for resale, then Inscripta will be charged less than the industry standard of royalties.

At the same time, Inscripta enzyme engineering platform is being developed more of the CRISPR-associated enzyme and gene editing technology, designed to let researchers in this rapidly developing field has more of the gene editing tools. 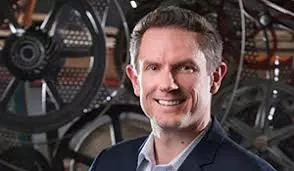 “Gene editing is the beginning of this century’s most exciting scientific advances, but to play out the full potential, researchers need to have better, more scalable gene editing tools, to promote protein, signaling pathway and genome engineering,”Inscripta CEO Kevin Ness, Mr. said:“in the past 20 years, genome development, has been stuck in genome sequencing read in the field, we believe that the biology of the future progress will be reflected in the genome writing synthesis applications.”

CRISPR gene editing technology will for the human to open up huge possibilities. However, for a long time, the CRISPR enzyme is of commercial acquisition, but limited to the transfer of technology patent control. Inscripta is trying to liberate scientific and research community so that researchers can use for free MAD7 enzymes, to complete the new research and discoveries, and thus fully stimulate biotechnology innovation.