2018 3 May 3,/bio ValleyBIOON/—when immersed in is called CRISPR is a revolutionary genome editing method generated the excitement, you should not be aware of the following point: as is now the practice in the performance of the above, it is far from perfect. It is a standard component only in the genome of a limited area in the search for and cutting of DNA, but its molecular scissors will happen to the swing, causing“off-target”mutations. Many research teams are trying to do better. Now, in a new study, by Harvard University chemist David Liu led a team to design a new CRISPR version, this version has the potential to become more dexterous and more accurate. Relevant research results in 2018 2 May 28, published online in Nature journal, The paper entitled“Evolved Cas9 variants with broad PAM compatibility and high DNA specificity”.
br> 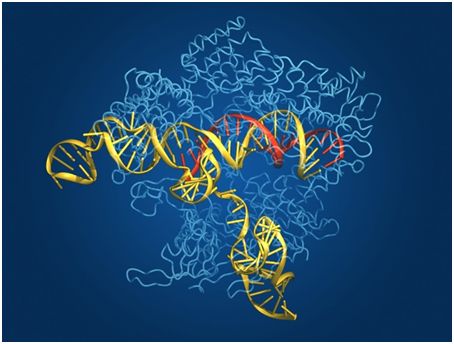 The University of Massachusetts Medical School CRISPR pioneer Erik made him say,“this is a very impressive and important study.”< p>The CRISPR there are a variety of forms, but they all rely on from the RNA composed of a guide molecule to carry a DNA cutting enzymes—the most commonly used one is Cas9 —into the genome of a particular area. However, this complex in DNA on the landing site having a specific molecular characteristics. Standard CRISPR kit in the enzyme Cas9 because it is naturally derived from Streptococcus pyogenes（Streptococcus pyogenes was and is referred to as spCas9, it is only capable of landing at one end having a specific three base NGG N represents the four bases in any of a, G represents guanine in the genomic fragment. In the long 32 billion base pairs of the human genome, only about 1/16 to have the correct sequence. Liu said,“This is a real limitation.”

this new study of the spCas9 enzyme may be modified, so that the potential landing sites has increased by at least 4 times. In theory, this could allow people to destroy or replace the CRISPR current cannot be touched with human disease-related genes of many parts.

Liu lab the first is to design a large number of little change of spCas9 to. Subsequently, in the 64 possible three-base landing sites—technically called the front spacer sequence adjacent to the base program protospacer adjacent motif, PAM, Liu team choose to use more three-base landing sites of spCas9 slightly improved version. They will their new enzyme called xCas9, the best xCas9 select the landing sites of the NGN, this third nucleotide is present in one quarter of the human genome.

Liu is expected to xCas9 to get more landing sites the price paid is more potential risk of off-target cutting, this let want to in the medical field use the CRISPR scientists concern. After all, the traditional view is that as abacteriaimmunization strategy a natural part, and Cas9 on its DNA-binding aspect has become cluttered Chapter, this is because this will not undermine the specificity. Liu explains,“PAM binding is like a janitor, if you are the janitor, the drunk, and make a lot Cas9 dance, this should undermine targeting.” But the opposite case happened. He said,“If you want me to why would such mechanisms on a detailed explanation, then my answer is’I don’t know’.”

Stanford University CRISPR researcher Stanley Qi said, This is a win-win situation is“very surprising”, and it will provoke many of the lab of interest.“ In this study, the real test is if people rush to use xCas9 in forget it initial version of the case. At least in my lab, we are very keen in our application try to use it.”

Liu cautioned that this standard of Cas9 over the years has confirmed their own; to date, compared to the initial Cas9 that spCas9 has been in thousands of genomic loci tested, his lab only in the genome of dozens of loci tested this new xCas9 it.“ I’m not 100% sure xCas9 The ratio of spCas9 better. I want everyone to test it, this is because I want to know whether it is really so.” Biological Valley Bioon.com