Patents on CRISPR-related technology are going to become a lot harder to obtain, expert predicts

Source: Patents on CRISPR-related technology are going to become a lot harder to obtain, expert predicts 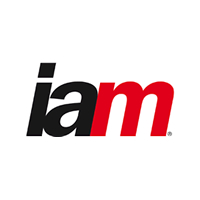 A life sciences patent expert is warning that obtaining CRISPR IP rights is set to become much more difficult. Improved knowledge of the gene-editing technology’s wide-ranging potential applications, he claims, means that it will be harder for future applicants to establish the non-obviousness of their CRISPR innovations.

The argument was made by Jacob S Sherkow – a New York Law School associate professor and expert on the relationship between patent law and scientific developments – writing in the first issue of CRISPR Journal, a newly-formed, peer-reviewed publication launched last month.

His article The CRISPR Patent Landscape: Past, Present, and Future traces some of the key developments in the CRISPR patent estate to the present day, but is most interesting for its predictions about how the technology’s IP landscape will change in the future.

Large numbers of CRISPR-related patents have been filed in North America and elsewhere, especially since the DNA sequences were developed for use as a gene-editing tool in 2012 – Sherkow claims that “to date, the (US)PTO has granted more than 450 patents pertaining to CRISPR in some form”.

But getting CRISPR patents granted is set to become tougher, he argues, because developments in the field are making it more difficult for CRISPR discoveries to satisfy the requirement for non-obviousness.

This is not the first time questions of non-obviousness have been raised in connection with CRISPR innovation: it is at the heart of the technology’s most-discussed patent dispute to date – the US battle between , the University of California, Berkeley, and the Massachusetts-based Broad Institute.

The University of California – which pioneered the foundational CRISPR Cas-9 methods (though it only developed these for use in bacterial cells) – is seeking to invalidate the Broad Institute’s core US patent for the specific use of CRISPR Cas-9 in plant and animal cells on the grounds that it interferes with its own IP rights.

It claims that the Broad Institute’s innovations were, at the time of application in 2012, merely an obvious application of the technology it had already pioneered and filed a patent for. The Broad Institute denies this, arguing that its invention was non-obvious and therefore separately patentable.

The Massachusetts entity won a ruling of non-interference before the Patent Trial and Appeal Board (PTAB) early last year. The Court of Appeals for the Federal Circuit’s hearing of the appeal against this judgment has been described by the court’s former chief judge, Paul Michel (writing for IAM), as a possible patent litigation “case of the year” for 2018 – promising to provide more clarity on the “doctrinal standards and analytic methodologies” relating to obviousness precedents.

But whether or not the Broad Institute manages to uphold its CRISPR rights, Sherkow argues, it will be more difficult for future patent applicants to establish the non-obviousness of their CRISPR innovations.

This is because CRISPR’s vast potential as a gene-editing tool is now better understood. And while the Broad Institute was able to persuade the PTAB that there was no “reasonable expectation of success” in 2012 that CRISPR Cas-9 could be developed for animal and plant cells, it certainly could not make such an argument if it tried to protect the same research in 2018.

He elaborates: “Today, it seems there is a reasonable expectation of success in using CRISPR as a genome-editing tool for any system or cell type, and…(it) is at least obvious to try using CRISPR to accomplish these goals – two standards in patent law that strongly counsel against the patenting of follow-on inventions. CRISPR-based genome editing, in other words, is becoming a more predicable technology. Future patent applications covering CRISPR should consequently be more difficult to obtain.”

So, if Sherkow’s reasoning is correct, the rapid proliferation of CRISPR-related patents that we have seen in recent years could soon be reduced to a slow trickle of new rights – and even those that are granted may become more vulnerable to attack.