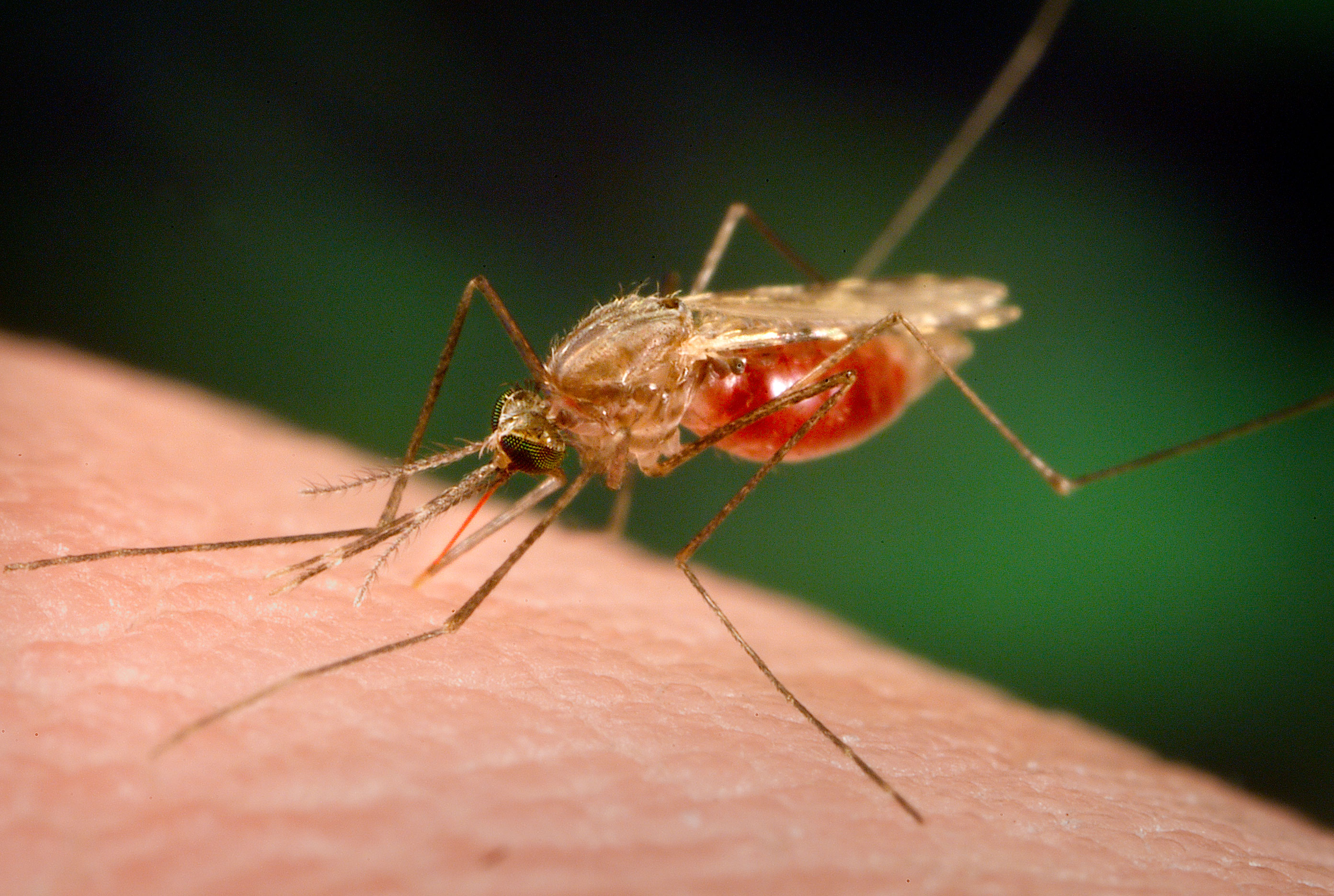 Malaria continues to be a scourge on the human population, leading to hundreds of thousands of deaths each year. While the complex life cycle of the parasite that causes malaria can aid its persistence and genetic diversity, it also allows for potentially multiple therapeutic target areas. Many researchers focus their attention on the parasite’s foray into malaria’s transmission vector—the mosquito. In doing so, investigators from the Malaria Research Institute at Johns Hopkins Bloomberg School of Public Health have just released new data show that the deletion of a single gene from mosquitoes can make them highly resistant to the malaria parasite and thus much less likely to transmit the parasite to humans.

Findings from the new study were published recently in PLOS Pathogens, in an article entitled “CRISPR/Cas9-Mediated Gene Knockout of Anopheles gambiae FREP1 Suppresses Malaria Parasite Infection.” The research team used the CRISPR/Cas9 system, which permits precise DNA editing, to delete a gene called FREP1 from the genome of Anopheles gambiae mosquitoes, the chief transmitters of the most pathogenic strain of malaria (Plasmodium falciparum) to humans. Within the modified mosquitoes, malaria parasites were much less likely to survive and multiply.

“Our study shows that we can use this new CRISPR/Cas9 gene-editing technology to render mosquitoes malaria-resistant by removing a so-called host factor gene,” explained senior study investigator George Dimopoulos, Ph.D., professor in the Bloomberg School’s department of molecular microbiology and immunology. “This gives us a good technological platform for developing advanced malaria-control strategies, based on genetically modified mosquitoes unable to transmit the disease, and for studying the biology of malaria parasites in their mosquito hosts.”

This study is the first to show that deleting a gene from mosquitoes can make them resistant to malaria parasites. It also underscores the potential of this strategy to modify wild mosquito populations and thereby reduce malaria transmission to humans. The CRISPR/Cas9 system is a set of DNA-editing molecules implicated in bacterial defense mechanism against viruses. In recent years, biologists have adapted it as a precise tool for genetic engineering—in scientific experiments and in prospective genetic-modification strategies against diseases such as malaria.

Though a malaria vaccine is currently available, its protection is only partial and temporary, and like many antimalarial medicines, the vaccine has a limited supply. Researchers are turning to potentially cost-effective strategies that target malaria-carrying mosquitoes to prevent the spread of malaria in the first place.

In the current study, the Hopkins researchers modified A. gambiae mosquitoes by deleting the gene FREP1, which encodes an immune protein, fibrinogen-related protein 1. For reasons that aren’t fully clear, the protein helps malaria parasites survive within the mosquito gut and progress to the developmental stages needed for their transmission to people. FREP1 is thus considered a malarial “host factor.”

Amazingly, the elimination of this host factor via the deletion of the FREP1 gene had other effects besides reducing the number of mosquitoes infected with malaria. After the FREP1 deletion, most of the modified mosquitoes had no evidence in their salivary glands of the sporozoite-stage parasites that enter the human bloodstream through a mosquito bite.

“The resistance to malaria parasites that is achieved by deleting FREP1 is remarkably potent,” Dr. Dimopoulos noted. “If you could successfully replace ordinary, wild-type mosquitoes with these modified mosquitoes, it’s likely that there would be a significant impact on malaria transmission.

Replacing ordinary mosquitoes in the wild with genetically modified mosquitoes hasn’t yet been attempted on a very large scale, though scientists have been working on gene drive techniques that cause DNA modifications to spread quickly into a wild population via ordinary breeding. Gene drives use CRISPR/Cas9’s DNA-editing ability to essentially hack the conception process, pushing a gene modification into all or nearly all the offspring of a modified animal.

In 2016, for example, researchers reported that they had created a CRISPR/Cas9 gene drive that forces a fertility-reducing gene modification into female A. gambiae mosquitoes—which could quickly reduce local Anopheles populations if unleashed in the wild.

In principle, the deletion or inactivation of FREP1 also could be incorporated in a gene drive system. Because it doesn’t aim at reducing mosquitoes’ health or ability to reproduce—reducing “fitness” in the Darwinian sense—a FREP1 inactivation would create less of an opportunity for mosquito mutations that resist its effects.

Interestingly, the investigators found that deleting FREP1 entirely from Anopheles did, however, come with some fitness costs to the modified mosquitoes. Compared to their wild-type cousins, the FREP1-less mosquitoes developed into adults more slowly, were less likely to take blood meals when given the opportunity, and laid fewer and less viable eggs.

“We’re now making mosquitoes in which FREP1 will be inactivated only in the adult gut,” Dr. Dimopoulos remarked. “We predict that when we do that, the mosquito won’t suffer the same fitness costs.”

The researchers are continuing to use the CRISPR/Cas9 DNA-editing platform to study the effects of deleting other potential malaria host-factor genes and to learn more about the roles of these host factors in mosquitoes.

“We’re focused not just on developing a malaria control strategy, but also learning more about the biology of malaria-carrying mosquitoes,” Dr. Dimopoulos concluded.