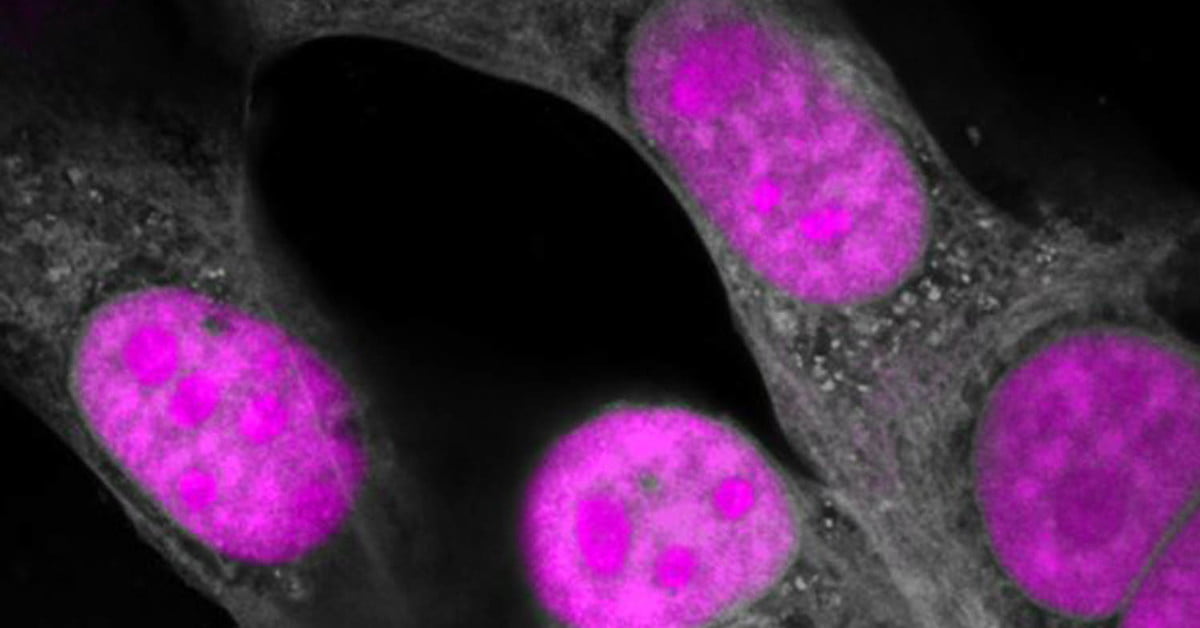 Since it was first demonstrated in 2007, the gene-editing tool CRISPR/Cas9 has been used to edit DNA in an attempt to make organisms like drought-resistant crops and disease-resistant cattle. In November, the technology was even used in an attempt to treat a man with a serious inherited disease.

Now a team of researchers from the Salk Institute have identified a new family of CRISPR enzymes that target RNA instead of DNA, and used the tool to address protein imbalance in cells isolated from a person suffering from dementia.

“RNA ‘messages’ are key mediators of many biological processes,” Patrick Hsu, a Salk biology fellow who led the study, told Digital Trends. “They are the dynamic counterpart to comparatively static DNA sequences. In many diseases these RNA messages are out of balance, so the ability to target them directly and modulate them in a robust and specific way will be a great complement to DNA editing.”

Hsu continued, “Our goal was to explore the natural diversity of CRISPR systems throughout microbial life to find an RNA-targeting enzyme that would be highly robust and specific in human cells.”

Hsu admitted that the success rate for a project with such a broad scope was “generally quite low,” and that a few additional requirements made their effort even more complex. For one, they were determined to find a small CRISPR variant that could deliver RNA virally to parts of the brain — a function inaccessible to tools like Cas9. And the tool needed to be more flexible and efficient than today’s gold-standard RNA targeting technology.

To find their desired tool, Hsu and his colleagues first created a computational program that combed bacterial DNA databases, looking for the patterns of repeating DNA that signal a CRISPR system, and identified a family of RNA-targeting enzymes that they named Cas13d. They then specified their search in the Cas13d family for the version most relevant for use in human cells and landed on a gut bacterium called Ruminococcus flavefaciens XPD3002, or CasRx.

The researchers engineered CasRx to function in human cells and address a form of dementia called neurodegenerative disorder FTD. To do so, they packaged the tool into a virus and delivered it to neurons that were cultured from stem cells of an FTD patient. In a study published this week in the journal Cell, CasRx showed 80 percent effectiveness in rebalancing tau proteins, which are implicated in variants of dementia, including Alzheimer’s disease.

“This tool will be very useful for studying RNA biology in the near term and hopefully for treating RNA-related diseases in the future,” Hsu said. “Gene editing leads to changes in a genome sequence through DNA cuts and its effects are permanent in an edited cell … RNA-targeting with CasRx can be used to generate transient or graded changes without inducing DNA damage, such as to restore RNA levels to a healthy state.”