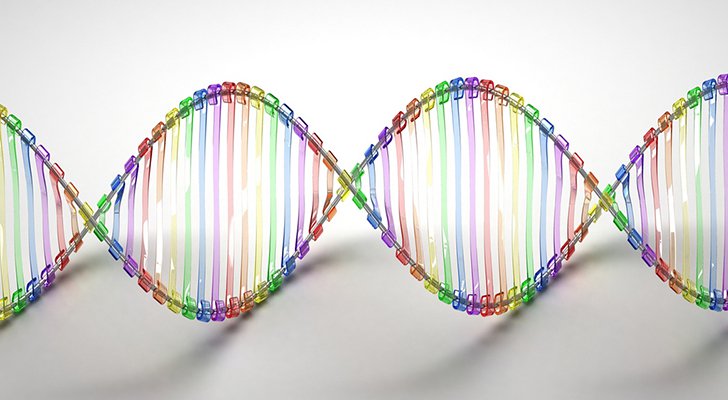 Crispr Therapeutics AG (NASDAQ:CRSP) is one of the hottest biotech names in the market today. After going sideways for much of last year, Crispr stock surged to a massive 106% performance year-to-date. Obviously, CRSP has momentum on its side, but can this ridiculous rally continue forward?

At this juncture, CRSP stock is a pure, speculative play on its potential. It pours what little it makes on the top line into research and development. Unsurprisingly, the biotech firm consistently loses money and its cash flow situation is a mess.

That’s usually the case for investments in this sector. What makes Crispr stock stand out from the rest of the competition is the underlying company’s technology. Simply put, Crispr Therapeutics can literally change the world. The challenge for investors is deciphering whether that’s a good or bad thing.

To understand why so many investors are betting on Crispr stock, we must first discuss its namesake.

Why the Fuss over Crispr stock?

According to Harvard University, CRISPR stands for “Clustered Regularly Interspaced Short Palindromic Repeat.” This rather clunky name represents repeating DNA sequences that are found in bacteria genomes and other microorganisms.

Between the CRISPR sequences are “spacers” which are bits of DNA from viruses that have previously tried to attack the bacteria. If the same virus appears again, CRISPR can recognize it and act more quickly. If a new virus appears, a new spacer is created.

During viral attacks, the spacer-bound CRISPR also binds to other bacteria machinery, particularly Cas9. The entire unit then seeks out the “spacer” sequence in the virus and Cas9 cuts the viral DNA at this point.

Scientific researchers have discovered how to harness this mechanism. By attaching new DNA sequences to CRISPR, these new DNA sequences can be inserted into the genome of not only a virus, but a range of difference cells.

This has huge implications for food science, biological research and medicine. Foods that already contain bacteria (cheese and yogurt) can be immunized against viruses which might make people sick. Researchers in all fields of biology can see how specific DNA sequences of an organism affects a wide range of things (such as if a mutation not yet discovered causes a disease).

And in medicine, there are 10,000 diseases caused by single-gene mutations and researchers are already working to treat them using CRISPR.

With this explanation, you can understand why Wall Street loves CRSP stock. If CRISPR natural technology can be harnessed for healing diseases and ailments, it would revolutionize medicine. That’s exactly what advanced genetic engineering firms, such as Editas Medicine Inc. (NASDAQ:EDIT) and Vertex Pharmaceuticals Incorporated (NASDAQ:VRTX), are doing.

In fact, Crisper and Vertex are collaborating on their CRISPR gene-editing technology on various blood diseases. As expected, CRSP stock jumped double-digits on this news release.

Not All Roses for CRSP stock

Make no mistake, we are not entering an age of genetically-modified superhumans like we see in science fiction. To suggest otherwise is the definition of a slippery-slope fallacy. Right now, scientists use to understand the nature of certain disease more and to develop gene therapies for those who would die without them.

Jennifer Doudna, the co-inventor of the CRISPR-Cas9 technology, did once call for a moratorium on using the technology in a clinical setting (due to unknown risks). She has, however, changed that position since. This has not stopped people from speculating on the ethics of CRISPR technology and gene editing in general.

Investors shouldn’t assume that Crispr stock has an uncontested flight to the moon, however. Aside from its direct competitors, ethical advocacy groups could still raise complaints, but these would most likely be to limit applications of the technology which are nowhere near development — if they’re even possible.

And the CRISPR technology itself is not perfect. One main concern is that sometimes the targeted DNA sequence is very similar to another sequence within a cell’s genome. This is still being studied.

Crispr Therapeutics’ technology is extremely impressive and I understand why investors are excited. That said, my gut feeling tells me that we may have more downside risk in the nearer-term than upside potential.

If the CRISPR gene-editing technology prevails, Crispr stock goes to the moon. But if clinical trials meet setbacks, CRSP crumbles like all other speculative biotech firms before it.

Another risk could be that rampant misunderstandings of the technology, especially by those outside of the scientific community, could lead to CRISPR stock’s devaluation in the market.

Ultimately, its exotic innovation is both asset and liability. While the potential is extremely profound, CRISPR faces some hurdles. Given its enormous run that exceeds rational thinking, I’m staying on the sidelines for Crispr stock.

As of this writing, Josh Enomoto did not hold a position in any of the aforementioned securities.