Source: the use of CRISPRCas9 enhance cancer immunotherapy efficacy

last year, the U.S. Food and Drug Administration approved the first instalment for the treatment of cancer cells immune therapy. These therapies involve collecting the patient’s own immune cells, called T cells, they were subjected to genetic improvements, so that they are targeted to attack a specific blood cancer, such as difficult to treat acute lymphocytic leukemia ALL and non-Hodgkin’s lymphoma non-Hodgkin lymphoma is.

but so far, if the patient’s T cells themselves become cancerous, then these T-cell immune therapy, called CAR-T cells can not be used. Even if these engineered T cells able to kill cancerous T cells, but they can also kill each other, it is because they are very similar.

now, in a new study, from Washington University in St. Louis School of Medicine researchers use CRISPR gene editing technology for human T-cell transformation, so that these T cells can attack the human T-cell cancer, and not kill each other. Relevant research results in 2018 2 May 20, online published in the Leukemia journal, The paper title is“An “off-the-shelf” fratricide-resistant CAR-T for the treatment of T-cell hematologic malignancies”. p> 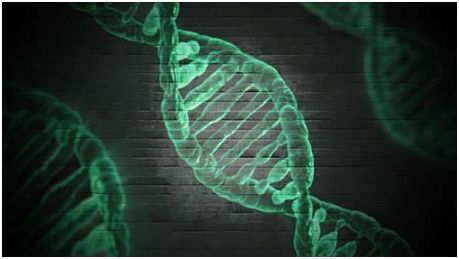 the researchers also of the human T-cell transformation and can be used from any donor T-cells. Having a similar immunity to“match”a donor is not required, and the patient’s own T cells are not required, contrary to the obvious reason, which is more important: the T cells of cancer patients to own many T cells are cancer cells.

DiPersio team first developed a new targeting CD7 of CAR-T-cell strategy, thereby allowing the target to kill on the surface has CD7 of all cells. However, if the patient’s T cells to be programmed, such that they are targeting CD7, then they will attack the cancerous T cells and kill each other, and therefore, this will destroy this therapy. In order to prevent these T cells kill each other, these researchers use CRISPR/Cas9 gene editing to remove the healthy T cells in CD7, so that they no longer carry the target protein. In addition, they also use this gene editing technology At the same time the Elimination of these therapeutic T cells of the healthy tissue as a foreign person capacity.

In order to do this, these researchers through genetic means excluding the T cell receptor α subunits. By this method, from any normal donor T cells are able to be used, at the same time does not produce life-threatening risks, such as graft-versus-host disease, i.e., from donor T cells attack recipient’s tissue, which can sometimes lead to death.

the researchers confirmed in the acceptance of patient-derived T cell acute lymphoblastic leukemia T-ALL cells transplanted in mice, this method is effective. Accept these through gene editing target to the CD7 T cell-treated mice survived for 65 days, and in the acceptance of genetically edit the targeting of different proteins in the T cell treated control group of mice survived for 31 days. These researchers also did not find these to accept the lack of T-cell receptor α subunit of the T cell-treated mice to produce graft-versus-host disease the evidence. They also found that these therapeutic T cells after the initial injection in the blood in the presence of at least six weeks, suggesting that if the cancerous T cells appear again, they can again produce a large number of, so to kill these cancerous T cells.

In short, this new method may be CAR-T cells in the field have a broad impact, allowing use from any healthy donor of therapeutic T cells. For any one suffering from recurrent T-cell malignancies of the patients, the health of T cells may also advance to be collected and stored.< a href="https://www.sohu.com/?strategyid=00001" target="_blank" title="click to enter Sohu home" id="backsohucom">return to Sohu, view more