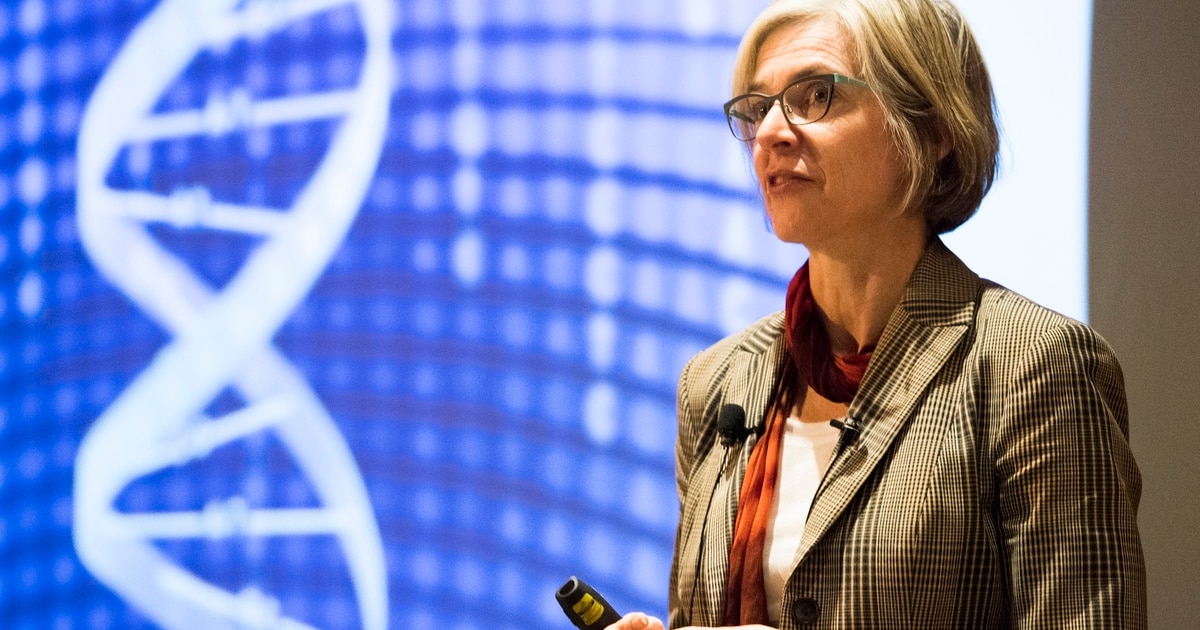 It is a new technology that could allow us to cure genetic diseases. Or grow more tomatoes. Or engineer pigs with organs that could be transplanted into humans.

We’re talking about CRISPR, the scientific tool discovered in 2012 that gave scientists the ability to edit the genes of organisms, including ours. Studies using CRISPR — described by some as among the most important discoveries in the history of biology — have exploded in recent years, with researchers trying it out on a range of plants and animals, as well as human embryos.

“Overall, I feel very excited about this technology,” CRISPR’s co-creator, Jennifer Doudna, told The Salt Lake Tribune last week. “I think it has potential to do a lot of good.”

But Doudna, 54, a biochemist at the University of California, Berkeley, also knows CRISPR has the potential for serious harm. Could it lead to so-called designer babies? Or trigger certain DNA to be passed on to future generations, altering the course of our evolution?

These concerns are, in part, what has spurred Doudna to speak out about CRISPR, including in a recent public lecture hosted by the University of Utah. She said she has felt an obligation in recent years to explain her discovery to the general public, which Doudna said is increasingly interested in what gene-editing will mean for the future.

“You can think of DNA like a novel, or an instruction manual,” Doudna explained. CRISPR “is a technology that allows scientists to change a paragraph, a page, a chapter, a word, or even a single letter in that instruction manual.”

CRISPR is a tool, she said, that allows “scientists to change the code of life in a precise way.”

That statement is as profound as it sounds: Brenda Bass, a U. biochemistry professor, said CRISPR is “the most interesting scientific discovery in recent years” — one that has potential to drastically change our lives.

Doudna, who grew up in rural Hawaii, became obsessed with biochemistry and tinkering in the lab as a college student. “I just absolutely realized that was my calling — being in the lab was so much fun, it was so exciting,” she recalled.

Years ago, Doudna began studying the peculiar ability of some bacteria to identify and slice up enemy viruses that attack their cells. This capability was fascinating, she said, but did not seem at first to have any implications for human health. Few scientists were interested.

But Doudna and several of her colleagues kept digging. They figured out exactly how a protein was sent out within the cell to find the enemy using a special genetic mugshot. Once the protein found this enemy virus, it sliced up its DNA.

And once researchers figured out precisely how the bacteria did it, Doudna said, they realized they could duplicate the process in the lab: They could program the protein to track down and cut up a specific piece of DNA with remarkable precision. A separate piece of DNA, they would discover, could then be pasted into the gap.

“There really was a proverbial moment when we were going over his data and we kind of looked at each other and said: ‘This could be an incredible technology,’” Doudna said.

Doudna is involved in research studying how CRISPR might be used to fix neurological diseases. In her U. lecture, she also described how the technology could be used in agriculture, tweaking plants’ genes to make them more drought- and pest-resistant.

She touched on research underway studying how CRISPR could be used on pigs so that their organs might be harvested and seamlessly transplanted into humans.

And CRISPR research has moved into the realm of human biology as well, including tests on human embryos, with actual testing on humans planned this year. (China has already reportedly used CRISPR on people in at least 11 clinical trials.)

Doudna said medical treatments based on CRISPR research could be offered in hospitals and clinics within five to 10 years.

“Things are moving so, so fast,” Doudna said. She said was recently shocked to find more than 8,000 scientific papers mentioning the gene-editing technology during a recent online search.

But Doudna also said she often wonders: Could CRISPR’s progress move too fast, outpacing our ability to regulate its ethical use?

The researcher was especially struck by that pace of change when, in 2014 — just two years after her discovery — she learned Chinese scientists had used CRISPR to genetically engineer monkeys. “When I saw that work, I thought: I wonder if people are already doing this with human embryos somewhere? It just seemed suddenly like a very real possibility,” she said.

Before the monkey study, Doudna was reluctant to get involved in any ethical discussions surrounding her discovery. “But then I realized, if I don’t do it, who’s going to?” she said. She has since organized meetings and recommendations with other prominent CRISPR experts from around the world.

Last year, research involving CRISPR were conducted on human embryos, including one study in the U.S. The embryos were not implanted, so there are not yet any CRISPR babies “that we know of,” but Doudna said the research nevertheless proved how close that possibility is to reality.

“It does make it very urgent that these discussions be happening, and that people recognize that we’re really at the doorstep of being able to do something that’s never been possible in the past,” she said.

“How do we grapple with that? It’s awesome in every sense of that word.”