CRISPR Use Could Lead to “Organic” Gene Therapies for Blood Disorders

Source: CRISPR Use Could Lead to “Organic” Gene Therapies for Blood Disorders 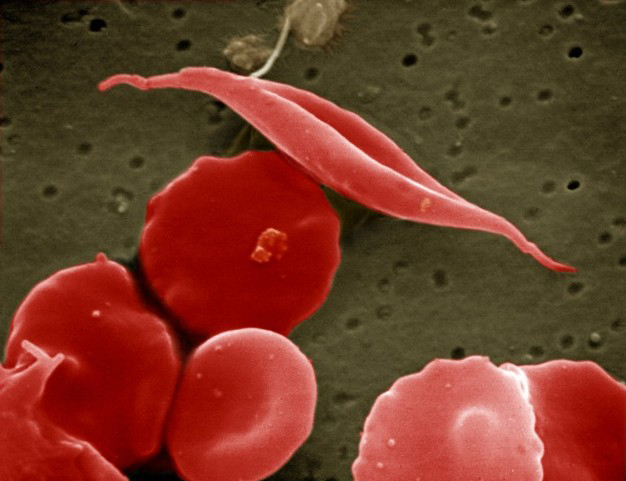 Scientists in Australia have solved a 50-year-old mystery that could lead to the development of new gene therapies for blood disorders such as sickle cell anemia and β-thalassemia. The team, led by University of New South Wales (UNSW) professor Merlin Crossley, Ph.D., has identified the gene-control mechanism that allows some individuals with these blood disorders to keep producing a fetal form of human hemoglobin, which naturally compensates for the lack of adult hemoglobin and so reduces disease severity. The researchers also used CRISPR/Cas9 gene editing to introduce these naturally beneficial mutations into cultured blood cells and boost production of fetal hemoglobin directly.

“Our new approach can be seen as a forerunner to ‘organic gene therapy‘ for a range of common inherited blood disorders including β-thalassemia and sickle cell anemia,” says Dr. Crossley, who is UNSW deputy vice-chancellor academic. “It is organic because no new DNA is introduced into the cells; rather we engineer in naturally occurring, benign mutations that are known to be beneficial to people with these conditions. It should prove to be a safe and effective therapy, although more research would be needed to scale the processes up into effective treatments.”

The team reports its findings in a paper published today in Nature Genetics, which is entitled  “Natural Regulatory Mutations Elevate the Fetal Globin Gene via Disruption of BCL11A and ZBTB7A Binding.”

Humans express different forms of hemoglobin genes at different developmental stages, the authors explain. The early human embryo expresses embryonic globin genes; then there is a switch to producing a fetal form of hemoglobin, and at around the time of birth production is switched again from the fetal to the adult form of hemoglobin. Adult humans generally only produce only about 1% residual fetal hemoglobin.

Scientists have previously discovered that γ-globin gene mutations in HPFH reside in two regions of the gene’s promoter (at –115 and –200 bp, respectively). It has been reasoned that these mutations disrupt the binding of transcriptional repressors that would normally turn off transcription. “Although many transcriptional repressors have been implicated in γ-globin gene silencing, the two repressors that have major roles in vivo are B cell CLL/lymphoma 11A (BCL11A) and zinc-finger- and BTB-domain-containing 7A (ZBTB7A; also known as LRF or FBI-1),” the researchers comment. BCL11A , for example, has previously been shown to switch off the fetal hemoglobin gene, but exactly how this happens hasn’t been uncovered.

Using techniques including genetic screens and CRISPR/Cas9 editing, the UNSW team has now shown how mutations in the two identified regions of the γ-globin in HPFH stop the transcription repressors BCL11A and ZBTB7A from binding directly to the gene’s promoter, which leads to elevated levels of γ-globin mRNA and so increased production of fetal hemoglobin. Interestingly, although BCL11A and ZBTB7A have been the subject of extensive prior study, “it is notable that neither has been detected at the γ-globin gene promotors previously,” the authors point out. Using CRISPR/Cas9, the researchers were then able to introduce the same mutations into blood cell lines and boost the cells’ production of fetal hemoglobin.

The latest studies result from years’ of research by professor Crossley’s Ph.D. students. Gabriella Martyn, co-first author of the Nature Genetics paper, discovered that BCL11A binds directly to the fetal hemoglobin gene. Co-first author Beeke Wiener, Ph.D., identified ZBTB7A as the second repressor, while co-author Lu Yang devised a new method that for the first time enables the visualization of proteins binding to the gene.

“After decades of research, we found that the binding of two major fetal globin repressors, BCL11A and ZBTB7A, is disrupted by HPFH-associated mutations at the sites at –115 and –200 bp of the γ-globin gene promoter, respectively,” the researchers conclude  “Our study finally solves the mystery underlying the operational mechanism of more than ten HPFH-associated variants.”

They point out that genome-editing technology is making it possible to devise new strategies for treating blood diseases that are based on introducing new genetic mutations into relevant genes. However, they point out,“Introducing naturally occurring variants may be regarded as a more attractive gene therapy strategy than incorporating new genetic material, especially in cases such as this where the precise molecular mechanism—the disruption of BCL11A binding—is known.”

“This landmark finding not only contributes to our appreciation of how these globin genes are regulated,” Dr. Crossley states. “It means we can now shift our focus to developing therapies for these genetic diseases using CRISPR to target precise changes in the genome.”