Oops! CRISPR Concerns Turn Out to be a Big Nothingburger

Source: Oops! CRISPR Concerns Turn Out to be a Big Nothingburger

You might have thought last year that the curtains were closing on a promising gene-editing therapy called CRISPR-Cas9. An article in Nature Methods published in May 2017 suggested that CRISPR-Cas9 could have serious drawbacks.

Still, the potential problems for CRISPR-Cas9 presented in the article loomed as an issue that biotechs would need to somehow address — until last week. It turns out that the concerns with CRISPR-Cas9 were much ado about nothing. 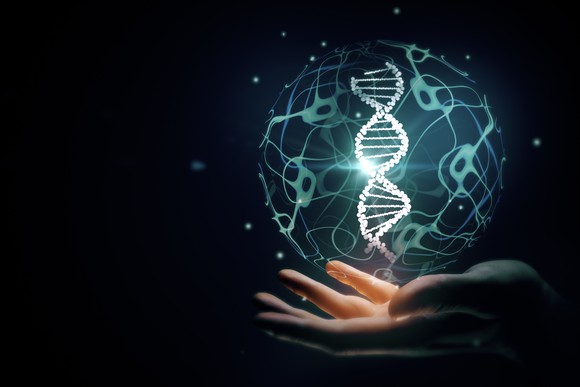 What were the worries about in the first place? Let’s first delve into what CRISPR-Cas9 actually is.

CRISPR is an acronym for clustered regularly interspaced short palindromic repeats, while Cas9 stands for CRISPR-associated protein-9. Certain bacteria use the Cas9 enzyme to alter the DNA of attacking viruses. Scientists studying these bacteria in 2012 discovered that CRISPR-Cas9 could be used to edit specific sections of DNA in any living organism.

The ability to edit DNA wasn’t new. Other types of gene editing had already been developed, such as zinc finger nuclease (ZFN) technology and a similar approach called TALEN (transcription activator-like effector nuclease). However, CRISPR offered a better, faster, and cheaper alternative to the older methods. A star was born.

But something that good had to have a catch, right? That certainly seemed to be the case when the Nature Methods article came along. The researchers who wrote the article said that CRISPR could cause hundreds of unintended mutations. In fact, their paper was titled, “Unexpected mutations after CRISPR-Cas9 editing in vivo.”

If those findings were correct, CRISPR-Cas9 might be faster and cheaper than older gene-editing approaches, but doubts were raised about the technique being better. CRISPR Therapeutics, Editas Medicine, and Intellia Therapeutics scientists disputed the claims of the article. However, once issues like that are raised, they don’t just go away. My colleagues Todd Campbell and Kristine Harjes even mentioned the Nature Methods article in a podcast last year as one reason why investing in preclinical-stage biotechs could be dangerous.

As it turned out, the scientists who wrote the article were wrong, and the scientists at the biotechs focusing on CRISPR were right. The original team that wrote the Nature Methods article posted a corrigendum (an error correction) last week on bioRxiv (pronounced “bioarchive”), a website that provides access to preprint versions of biology papers. The original online version of the initial article on Nature Methods was also subsequently retracted.

It was basically like the NFL’s review of a play. And after further review, the original play called on the field was reversed. The scientists who initially claimed that hundreds of unintended mutations could occur with CRISPR now stated that “CRISPR-Cas9 editing can precisely edit the genome at the organismal level and may not introduce numerous, unintended, off-target mutations.” Oops.

There are still some potential issues with CRISPR-Cas9, though. Another paper posted on bioRxiv earlier this year suggested that many people could have immune responses to Cas9, which could interfere with use of CRISPR-Cas9 in humans. That isn’t terribly surprising, considering that the two most widely used Cas9 enzymes come from bacteria that have infected humans for a long time.

That paper also caused the stocks of CRISPR Therapeutics, Editas, and Intellia to nosedive. However, just like before, the stocks rebounded as it became known that there were several ways around the problems presented in the article.

There are two investing lessons that I think we can learn from the roller-coaster ride that CRISPR-focused biotech stocks have experienced.

First, don’t be a Chicken Little every time an issue arises with a new technology. Whether it’s a potential problem with gene editing or an unfortunate accident with a self-driving car, the sky isn’t necessarily falling. New technologies typically take a while to prove themselves. (By the way, early automobiles — with human drivers — had their problems and critics, too.)

The second lesson is perhaps the most important: Investing is all about the risk-reward proposition. That’s true with investing in anything, but it’s especially relevant when investing in stocks of companies focused on new technologies. Yes, buying the stock of a company like CRISPR Therapeutics or Editas Medicine is risky. But the rewards could also be enormous if CRISPR-Cas9 delivers on its promise.

I bought Editas stock several months ago. I did so with full knowledge that another scientific article could be published at any time that renders CRISPR-Cas9 obsolete or identifies hurdles too steep to overcome. But I also bought the stock with full knowledge that CRISPR could be a game changer for healthcare. It has the potential to treat and even cure many genetic diseases. It even has potential in treating diseases that aren’t genetically caused.

If you recall the story of Chicken Little, the famous fictional chicken ultimately discovered that the sky wasn’t falling. It usually isn’t in the real world, either. Much of the time, when you look up, the sky isn’t just still there — it’s blue. My view is that there are more blue skies in store for CRISPR than falling skies.