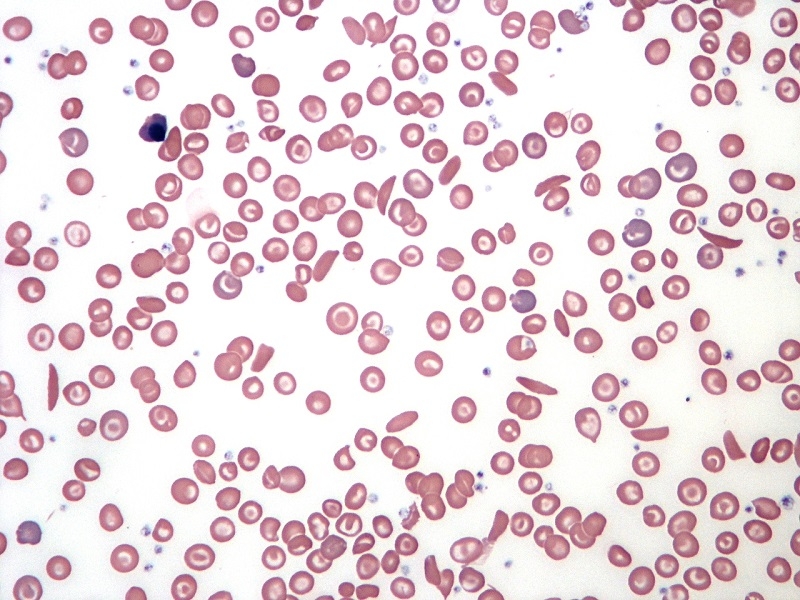 People who suffer from the inherited disease sickle cell disease have defects in their hemoglobin, the blood molecule that transports vital oxygen throughout the body. But a small percentage of patients with the disease have beneficial gene mutations that lessen their symptoms. The mutations switch on a gene that produces fetal hemoglobin—a type of the blood molecule that the body normally stops producing in infancy. The lifelong production of fetal hemoglobin helps shield those sickle cell patients from the worst effects of the disease.

Researchers led by the University of New South Wales in Sydney, Australia, say they’ve figured out why fetal hemoglobin is switched off—and in so doing, they may have hit on a way to turn it back on in people who don’t have the beneficial mutations.

The team discovered that two genes, BCL11A and ZBTB7A, bind directly to fetal hemoglobin and shut off its production. The beneficial mutations interfere with two sites where the binding occurs. They reported their discovery in the journal Nature Genetics.

Now the researchers have turned their attention to using the gene-editing technology CRISPR to introduce the good mutations into the genome. “It is organic because no new DNA is introduced into the cells; rather we engineer in naturally occurring, benign mutations that are known to be beneficial to people with these conditions. It should prove to be a safe and effective therapy,” said Merlin Crossley, professor and deputy vice chancellor of UNSW, in a statement. He adds that the technology may also be applicable to another inherited blood disorder, beta thalassaemia.

This is not the first time CRISPR has been proposed as a method for boosting production of fetal hemoglobin. That’s the idea behind CRISPR Therapeutics’ investigational treatment CTX001, which was licensed to Vertex in December. That treatment involves harvesting patients’ cells, editing them and then reinfusing them. Scientists at Rice University are working on a similar technique, as are researchers at St. Jude Children’s Research Hospital.

One member of the Australia-based team invented a technology that allowed the researchers there to visualize proteins binding to the fetal-hemoglobin gene. They believe this capability will further advance their efforts to use CRISPR to introduce the beneficial mutations into patients.