Cell Rep:reveal the Cas4 protein in the CRISPR/Cas system functions

2018 4 on 4 day/bio ValleyBIOON/—global scientists increasingly will be a method called CRISPR-Cas9 bacterial immune defense system as a living cell of the DNA editing tool. This new technology makes genome editing much easier and more accurate. However, these CRISPR systems in how nature plays a role also obtain completely understood. Now, in a new study, from the Netherlands Delft University of technology researchers to determine the presence in a variety of CRISPR system in one is referred to as Cas4 protein of role. They confirmed that this protein contributes to bacterial cells formed on the invasion of the virus DNA sequence in the memory, thereby protecting them from viral infection. Use Cas4 get virus memory can helpbacteriacells fast enough to find and destroy the invading virus, thereby survive. This discovery is for a comprehensive understanding of the CRISPR system and made another important progress. Related research results published in 2018 3 May 27, the Cell Reports journal, The paper title is“Cas4 Facilitates the PAM-Compatible Spacer Selection during CRISPR Adaptation”.
br> 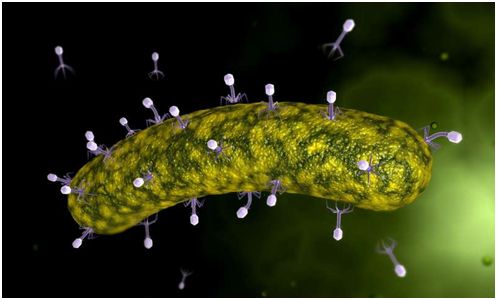 Although the human eye is not observed, but bacteria and viruses have been fought each other. Every day, referred to as phage minor virus-like particles will kill Earth’s oceans of about one-third of the bacteria. Delft University of technology Stan Brouns PhD explains,“this type of virus they will be of the DNA or RNA injected into the bacterial cells, to try and control it. If this hijacking of the success, then this virus can bebacteriaused to produce its own copy of the small factories.”< p>
Genetic memories

as to the viruses of the counter, bacteria have evolved to produce defense mechanisms, such as having to cut the viral DNA of the capacity thus neutralized this threat of CRISPR-Cas9 on. However, in this case occurred before thebacterianeed to have of a virus’s genetic memory. It must be recognized that this virus is a threat.

this memory is through the use of bacteria get virus DNA fragments and these fragments were inserted into theirgeneticpassword in the form. If the same type of virus again attack the bacteria, then the bacterial cells will recognize the intruder and dispatch the cutting proteins such as Cas9 to. These viral DNA segments to produce the RNA as a“cheat sheet”, which cut the protein begins to find and destroy the virus, so thatbacteriastay safe.

In order to find the Cas4 in the end play what role, these researchers will Cas4 gene is introduced into the containing main CRISPR memory formation mechanism of the E. coli cells. They do not have this gene is introduced into other cells. Brouns said,“we found that, in the absence of Cas4 of cases, this bacteria is still forming for the invasion of the virus of memory, but these memories do not provide protection.” In other words, only when the Cas4 presence, the invasion of the virus DNA fragment was inserted into the bacteria’s genome, fromAnd let thisbacteriathe cells produce viral resistance.

further research revealsbacteriain the absence of the use of Cas4 the case why not be able to use them to form memories. This with the previous spacer sequence adjacent to the base program protospacer adjacent motif, PAM related, wherein the PAM is composed of a small amount of base pairs consisting of a short DNA sequence, which plays as a Cas9 and other DNA-cutting protein identification point. Brouns said,“the use of Cas9 for genome editing of anyone know choose PAM for the experiment to succeed is vital.”

bacteria face the same problem. Brouns explained,“when you select a section of the viral DNA as a memory inserted into the bacterial genome, the CRISPR system also need to choose the side of the wing there is the PAM sequence. Cas proteins will use the PAM sequence to find its target sequence, it does not target to the side of the wing there is no PAM in the DNA sequence.” Therefore, PAM also plays a protective role, preventing the Cas proteins to cut thebacteriaown DNA.

The Cas4 of the role is to ensure that only the side flaps with the PAM virus DNA sequence inserted into the bacterial DNA. This causes the bacteria to produce functional memory, thereby ensuring that when a virus again try to attack, thesebacteriacan be formed using the memory to prevent viral invasion.

the researchers are now studying how this process play a role, as well as how to use this discovery. Biological Valley Bioon.com