Curing the world with CRISPR: Where we are at and where we 're headed

Source: Curing the world with CRISPR: Where we are at and where we 're headed

CRISPR has been hailed as one of the most promising gene editing technologies and promises to revolutionize precision medicine and eradicate genetic diseases. However, the technique is not perfect and needs improvements. A new paper improves this system by creating a novel Cas9 fusion: ExoCas9. This fusion produces a higher rate of overall gene targeting and bias the spectrum of DNA lesions produced to favor much longer deletions.

Genetic diseases have plagued society throughout human existence. These diseases result from mutations in an individuals’ genome. The changes in the genome can be inherited or they can be acquired. Common genetic diseases include sickle cell anemia, Huntington’s disease, Down’s syndrome as well as predisposition to diabetes and even cancer. However, what if scientists could fix these mutations in an individuals’ genome before they manifest in individuals? One the most up and coming, and hottest trends in biology is the use of the CRISPR-Cas9 system to edit DNA. CRISPR was first shown to modify DNA in 2012 (Gasiunas et al., 2012; Jinek et al., 2012) and since then, the number of publications about this technology has risen dramatically peaking in 2017 with over 3,000 individual publications. But how exactly does this technology work? How are scientists working to make it better? Will this technology be used to cure all genetic diseases in humans?

How do we edit DNA?

DNA is composed is four individual bases known as nucleotides (denoted A, C, T, and G). These nucleotides bind with each other and then wrap around to form a double helical structure as seen below.

In order to modify DNA, scientists often induce novel site-specific double-strand breaks (DSBs) in the DNA itself at specific locations. These DSBs have been commonly initiated through zinc-finger nucleases (ZFNs) (Beumer et al., 2008) and transcription activator-like effector nucleases (TALENs) (Cermak et al., 2011). Once a DSB break occurs, cells respond through two competing mechanisms: the dominant non-homologous end-joining (NHEJ) and homologous recombination (HR). Cells most often recruit repair machinery in NHEJ because it does not need a DNA template to be active as in HR. Nonetheless, the NHEJ repair machinery often makes mistakes when repairing the DNA, which results in extra nucelotides (insertions) or missing nucleotides (deletions). As a result of these insertions or deletions, the genes no longer function normally.

However, both ZFNs and TALENs are cumbersome and expensive to design as well as assemble. This is because both tools require dimerization to cleave DNA and therefore two ZFNs or TALENs are required to target a specific site in the genome (Bitinaite et al., 1998). The clustered, regularly interspaced short palindromic repeats (CRISPR)-CRISPR associated (Cas) endonuclease mechanism offers a simpler alternative these tools that is simpler in its design and also more amendable to high-throughput studies.

How does CRISPR work?

The mechanism associated with CRISPR-Cas9 was originally discovered in bacteria and archaea where it served as adaptive immune system (Ishino et al., 1987). However, the type II CRISPR-Cas9 mechanism from S. pyogenes was adapted to modify DNA in living organism due to its simplicity. This system contains two components: the Cas9 protein, which acts like a pair of scissors in that it can cut DNA and single guide RNAs (sgRNAs), which act to recognize specific sequences on the DNA telling Cas9 where to cut (Chang et al., 2013; Hwang et al., 2013; Wei et al., 2013). The sgRNA first binds to the Cas9 protein and then leads it to the DNA of interest.

How we can make it better

Cas9 induced genome editing typically results in small insertions or deletions, typically on the order of <10 nucleotides on average (Gagnon et al., 2014). Because the magnitude of these alterations is small, they are not necessarily guaranteed to knockout gene function with every mutation. In order to combat this, scientists must pick their target sites very carefully. However later iterations of this technology that allow deletions on the order of tens or hundreds of base pairs could very useful and allow scientists more free range in picking target sites.

In my lab, we sought to improve the efficiency of CRISPR-Cas9 based gene editing in zebrafish. Recent work on Cas9 binding to cleaved DNA described the 3’ end of the non-target strand as being freed from Cas9 before dissociation of the rest of the DNA:sgRNA:Cas9 complex (Richardson et al., 2016). Thus, we hypothesized that we can target this free strand for further modification. In order to do this, we cloned and attached the 3’-5’ exonuclease Exo1 from E.coli, which acts like an eraser, to Cas9 to result in a novel Cas9 fusion called ExoCas9. Thus we hypothesized that not only does the DNA get cut, but ExoCas9 would also erase a portion of the DNA to make larger deletions.

We confirmed this hypothesis by targeting 3 different genes across 9 different sgRNA target sites in zebrafish, which was done by injecting in vitro transcribed ExoCas9 RNA and sgRNA into the one-cell stage of zebrafish embryos. First, it was shown that ExoCas9 does not disproportionately kill or disfigure embryos post-injection compared to Cas9. In fact, the overall integrity of embryos injected with ExoCas9 are slightly better off than those injected with Cas9.  Next, we confirmed that ExoCas9 produces a statistically significant higher rate of gene targeting for 8/9 sgRNAs tested.  Finally, not only did we find that ExoCas9 results higher rate of gene targeting than traditional Cas9, but ExoCas9 produces larger deletions on average for each gene tested. The largest deletion observed with Cas9 was 33 nucleotides compared to 439 nucleotides wit ExoCas9! Interestingly all deletions >40 nucleotides also had a directional bias, which opens up for additional applications with ExoCas9 (Clements et al., 2017).

Small insertions or deletions in DNA in multiples 3 often do not knock out gene function because they are in frame mutations and the DNA coding sequence is read in groups of 3. However, even if ExoCas9 induced deletions occur in groups of 3, these deletions will help scientists knock gene function on the first attempt because ExoCas9 results in larger deletions on average. We anticipate that this variant will also allow for mutation of a larger spectrum of genomic targets that cannot be targeted with traditional Cas9 in zebrafish, other model organisms, and even humans

The CRISPR-Cas9 system has the great potential to cure numerous genetic diseases within our lifetime. Gene editing has already been shown to cure the rare skin disease epidermolysis bullosa (EB) in a young boy through gene therapy. Nonetheless, scientists as a whole are still fine-tuning this relatively new method and ExoCas9 is not the first published Cas9 fusion. For example, researchers used a novel Cas9 fusion to the I-TevI nuclease domain (TevCas9) to result in two, non-compatible breaks in the DNA that consistently result in 33-36 nucleotide deletions (Wolfs et al., 2016). Nonetheless, it is through small innovations like ExoCas9 and others that some time in the not so distant future the use of gene editing to cure genetic diseases will be commonplace! 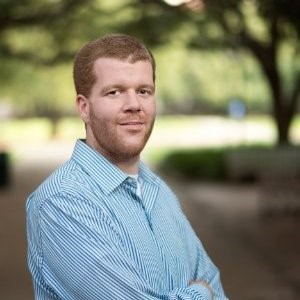 Thomas Clements is a Ph.D. student at Rice University and will be transitioning to a career as a Lecturer in the Biological Sciences Department at Vanderbilt University starting in Fall 2018. He is also a member of the Early Career Scientist Policy and the Education Committee at the Genetics Society of America. His research centers on improving CRISPR-Cas9 gene editing in zebrafish, but he is also passionate about science literacy and inspiring the next generation of scientists to pursue careers that align with their passions.