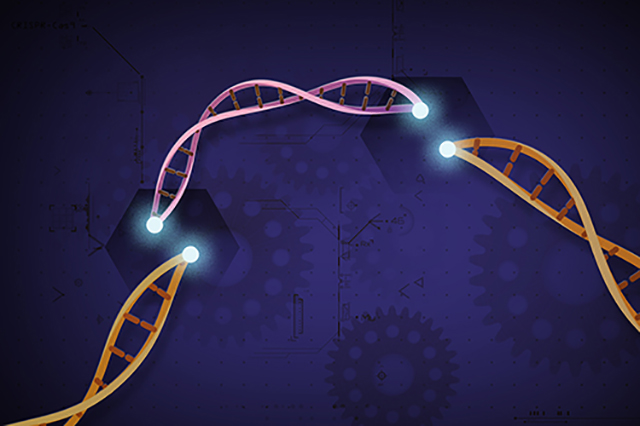 In animal models, disease recapitulation is the guiding principle. Scientists spend considerable time and effort trying to reproduce—as close as possible—the exact molecular and physiological conditions associated with various diseases states. To that end, a new study from investigators at the Seve Ballesteros Foundation-CNIO Brain Tumor Group at the Spanish National Cancer Research Centre (CNIO) has developed an extremely powerful and versatile mouse model that will improve cancer research and accelerate pre-clinical testing of novel targeted therapies. Findings from the new study were published today in Nature Communications through an article entitled “Somatic genome editing with the RCAS-TVA-CRISPR-Cas9 system for precision tumor modeling.”

“A current high priority in cancer research is to functionally validate candidate genetic alterations that are relevant for cancer progression and treatment response,” the authors stated. “In order to do so, it is essential to develop flexible models that can speed up the identification of cancer driver genes among the large number of passenger alterations.”

To achieve their intended goal, the researcher team combined two technologies—the genome editing tool CRISPR-Cas9 and the gene delivery system RCAS/TVA—to generate a mouse model that brings the possibility of mimicking the genetic complexity of cancer. The researchers subsequently used this novel model to recapitulate some of the genetic alterations found in gliomas.

“The RCAS-TVA-based approach uses replication-competent avian leukosis virus splice-acceptor (RCAS) vectors to target individual cells engineered to express the cell surface receptor TVA,” the authors wrote. “The RCAS-TVA system has been successfully used in transgenic mice to deliver genes or shRNAs into a plethora of cell types: neural stem cells, astrocytes, hepatocytes, and pancreatic acinar cells, among many others.”

In the current study, the researchers studied a gene fusion encoding a family of kinases called NTRK and a common mutation of the BRAF gene, both identified not only in glioma but also in other tumor types. “What we have shown using this new model is that we now have the ability to generate specific complex genetic alterations and to study how they contribute to glioma pathogenesis,” explained senior study investigator Massimo Squatrito, Ph.D., a group leader at CNIO.

“We combined the RCAS-TVA system with the CRISPR-Cas9 genome editing tools for precise modeling of human tumors,” the authors penned “We show that somatic deletion in neural stem cells of a variety of known tumor suppressor genes (Trp53, Cdkn2a, and Pten) leads to high-grade glioma formation.”

The authors continued, writing that “by simultaneous delivery of pairs of guide RNAs we generate different gene fusions with oncogenic potential, either by chromosomal deletion (Bcan-Ntrk1) or by chromosomal translocation (Myb-Qk). Lastly, using homology-directed-repair, we also produce tumors carrying the homologous mutation to human BRAF V600E, frequently identified in a variety of tumors, including different types of gliomas.”

The CNIO researchers used these models to study different therapeutic approaches currently used in the clinic and to analyze the mechanisms of resistance that could lead to tumor recurrence. Based on their findings, they suggest potential alternative treatments that could overcome the acquired resistance to TRK and BRAF inhibitors.

“We can efficiently recreate a variety of genetic alterations, including gene translocations and point mutations, and we can move fast from the mouse model to the translational studies,” Dr. Squatrito concluded. “Here we have shown that this approach is feasible, and we believe that such a flexible model will greatly accelerate the pre-clinical testing of novel targeted therapies.”