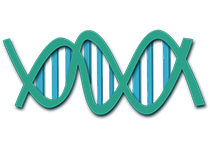 recently, the PNAS Journal published an article entitled“A genome-wide CRISPR screen identifies FAM49B as a key regulator ofactin dynamics and T cell activation”of the research paper, this article is currently the world’s first reported T-cell-based functional regulation of the genome-wide CRISPR screening. This study was conducted by Shanghai University of Science and technology life College King Gordon Peng Professor research group, led with the international on a plurality of subject combination is made of the research results.

currently, T-cell-basedtumorimmunotherapy can be divided into two categories.
the first category is the use ofgenetictransformation such as the CAR－T / TCR－T or macromolecular drugs such as BiTE bispecific antibodies to enhance T-celltumortargeting; and
the second class is directed to CTLA－4 and PD－1 and other costimulatory molecules of the Check Point blockers, used to enhance T cell anti-tumor activity. These therapies in clinical on the success of the explanation for the T cell’s own functional regulation is a proventumorimmunotherapy strategy.
therefore, in-depth understanding of T cell activation a molecular mechanism that can give ustumorimmunotherapy new ideas.
King Gordon Peng Professor research group of the study is the first to draw out the human T cell function in the regulation of spectrum, for immune cell activation and the signal transduction field has an important contribution. In addition to the known T-cell regulatory genes, the pattern also contains a batch has not been reported the involvement of T cell signal transduction genes. Wherein, the researchers discovered a new regulatory T cell function in the negative regulation of factor FAM49B it. Although FAM49B gene function is still unknown, but research found that FAM49B is a brand new Rac inhibition factor. If the blocking FAM49B and Rac interactions, can also enhance T cell activity. This indicates that FAM49B is likely to be one capable of enhancing T cell activity, a newtumorimmunization drug targets.
moreover, this study established a genome-wide screening of experimental means, can also be used to study PD-1, AND CD28 and other important tumor immune regulatory pathway, helping to developtumorimmunization treatment of a new policy.

it is reported, Wang Gordon Peng Professor is a bit of research on T-cell function regulation of theImmunology. His doctoral mentor is Saint de children’s Hospital of Dario Vignali Professor, current University of Pittsburghtumorimmunization Center Director. Dr. Vignali has long been engaged in the immune Check Point LAG3 functional studies, but also regulatory T cells（Treg）in the direction of the leader. King Gordon Peng Professor and doctoral tutor at the University of California, San Francisco School of Medicine ArthurWeiss Academician. Dr. Weiss was Professor HHMI Research Institute, the American Academy of persons, before the United States immune the President of the Association, the more T cells��Number of the conductive areas of the pioneer of the discovery and cloning of T cells, the key kinase ZAP－70, and in 1991 developed the first chimeric antigen receptor, CAR, is now the CAR－T treatment and lay a solid Foundation.
2015 years 7 months, King Gordon Peng Professor joined Shanghai University of Science and Technology of life science and technology College, Associate Professor, researcher. Bear the National Natural Science Foundation, and selected for the 2015“youth thousand people”plan. (bio ValleyBioon.com）