CRISPR could one day help conservationists save our ocean's coral

Source: CRISPR could one day help conservationists save our ocean's coral 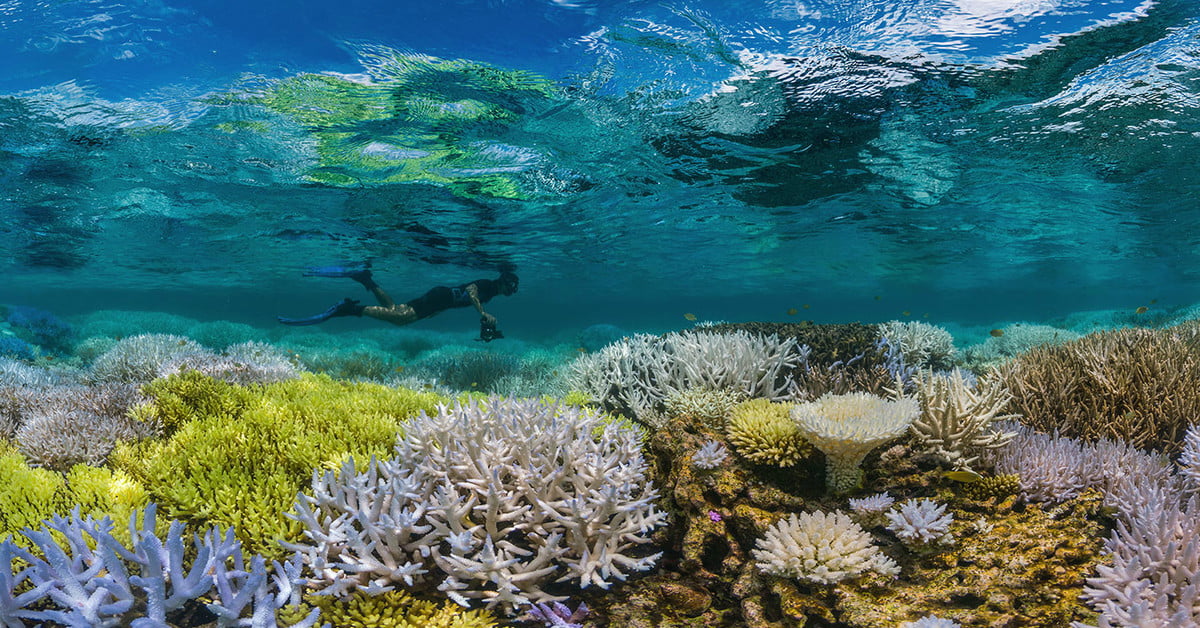 The oceans are under attack and all signs point toward humans as the perpetrators. Sea temperatures are rising, fish populations are dwindling, and coral reefs are experiencing an unprecedented die-off called bleaching. For most accounts, the future for plants and animals on Earth looks pretty grim.

One could argue that rampant advances in technology are what got us here in the first place. But, in a similar vein, technological progress may be the planet’s last hope for survival.

In a recent study by an international team of researchers, scientists for the first time demonstrated that the groundbreaking gene-editing tool CRISPR-Cas9 can be successfully used on coral. The breakthrough paths the way for CRISPR to potentially offer a boost for conservationists trying to save these ancient animals.

“Corals are facing unprecedented declines due to climate change, motivating researchers to understand molecular basis of their thermal tolerance, how they complete their life cycle, and interactions with algae that live inside them,” Phillip Cleves, a Stanford geneticist who co-led the research, told Digital Trends. “Our ability to understand how specific genes contribute to these traits in corals is held back by the lack of methods to test how a particular gene functions in corals.”

By using CRISPR, a fast and precise gene-editing tool considered a resolution in biology, Cleves and his colleagues hope to make precise edits to the coral genomes, in order to study how certain genes function and why coral are so sensitive to changes in the environment.

But there was a problem. Coral are selective breeders, releasing gametes (eggs and sperm) just once a year in accordance with water temperature and moon cycles.

“We wanted to introduce CRISPR into newly fertilized coral eggs, so we needed to be there right when they spawned,” Marie Strader, a marine biologist at the University of California, Santa Barbara who co-led the research, said. “Because of limited access to gametes, the timing in which to perform these experiments was limited. Luckily, Dr. Line Bay (co-author of the paper) and others at the Australian Institute of Marine Science have decades of experience on when and where corals will spawn.”

After traveling to Australia, the researchers used CRISPR to knock out a select few genes. Their breakthrough came when they successfully edited a gene that is thought to help regulate new coral colonization.

The researchers admit that this is a small step down a long road, and they insist they aren’t trying to create a species of super coral. Rather, their goal is to better understand coral biology and, through that understanding, help these organisms survive the environmental trials that lay ahead.

“We intended this paper to serve as a humble blueprint for how researchers can use this technology to study the functions of coral genes,” Strader said. “We are currently conducting experiments investigating how specific genes regulate coral skeletal formation, or calcification, for example. However, we expect this technique could be useful to identify genes involved in many other ecologically important traits such as thermal tolerance or coral bleaching.

“There are so many open questions about which genes help corals thrive in these vibrant and changing ecosystems,” she added. “It is a very exciting time to do this type of work.”

A paper detailing the research this was published this week in the journal Processing of the National Academy of Sciences.