Source: This company is making an at-home CRISPR kit to find out what's making you sick 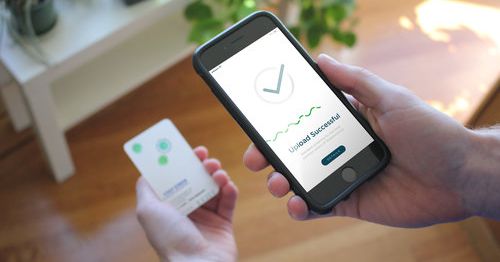 A new biotech company co-founded by CRISPR pioneer Jennifer Doudna is developing a device that uses CRISPR to detect all kids of diseases like malaria, tuberculosis, and Zika. The tech is still just in prototype phase, but research in the field is showing promising results. These CRISPR-based diagnostic tools have the potential to revolutionize how we test for diseases in the hospital, or even at home.

Called Mammoth Biosciences, the company is working on a credit card-sized paper test and smartphone app combo for disease detection. But the applications extend beyond that: The same technology could be used in agriculture, to determine what’s making animals sick or what sorts of microbes are found in soil, or even in the oil and gas industry, to detect corrosive microbes in pipelines, says Trevor Martin, the CEO of Mammoth Biosciences, who holds a PhD in biology from Stanford University. The company is focusing on human health applications first, however.

“We’ve come so far in terms of technology, but still there are all these barriers in between us and having real access to understanding our health and our bodies and the environment around us more generally,” Martin tells The Verge. “This is the type of technology that really breaks down those barriers and democratizes access to this type of molecular information about the world around us.”

At the heart of what Mammoth Biosciences is doing is CRISPR, a tool that’s been making headlines for its ability to precisely edit DNA. The technology harnesses a mechanism found in nature: Bacteria use CRISPR to defend themselves against viruses, cutting bits of their DNA and pasting it elsewhere. Scientists have engineered that system to edit disease-causing genes — changing how we think about curing genetic diseases like sickle cell anemia and cancer.

But CRISPR is not just a gene-editing tool. “When I think of CRISPR, I really think of biology’s search engine,” Martin says. CRISPR can look for precise bits of genetic code, and so it can be engineered to detect a genetic sequence that belongs to a particular virus like Zika. When combined with special enzymes, CRISPR can be turned into a precise diagnostic tool.

Earliest this year, researchers showed that CRISPR can detect Zika, dengue, and the HPV virus, as well as harmful bacteria and cancer mutations, in human blood, urine, and saliva. These tools — developed by the labs of both CRISPR pioneers Doudna at UC Berkeley and Feng Zhang at MIT — pair CRISPR with enzymes like Cas12a and Cas13a. These systems allow CRISPR to detect specific DNA or RNA, another major biological molecule, and then snip a “reporter molecule” that releases a fluorescent signal. The idea is that if a person’s cells are infected, or have a certain cancer mutation, the doctors can see the signal and quickly diagnose the disease.

Martin says that Mammoth Biosciences is interested in both Cas12a and Cas13a for its diagnostic tools, and is licensing its technology from UC Berkeley. Zhang’s team at MIT is also developing a CRISPR paper test, called SHERLOCK, but is not involved in Mammoth Biosciences, and Martin says he can’t comment on their work. But he adds, “We’re just always excited when the potential of CRISPR is further reinforced.” (Doudna and Zhang have been embroiled over a CRISPR patent dispute for years.)

The tech would work similarly to a pregnancy test — except that instead of using urine to tell you whether you’re pregnant, it can use urine, blood, or saliva to tell you whether you have a sexually transmitted infection or a particular strain of the flu. (The test could detect multiple diseases at once, Martin says.) The fluorescent signal or color change on the paper test would be analyzed by a smartphone app. You take a photo of the results, and the app tells you what you tested positive for. At least, that’s the idea.

The company has some “working prototypes,” Martin says. “We’re moving to commercialize it quickly and have it available in the next few years.” Martin won’t say how much the at-home tests will cost, but the technology will be “accessible and affordable,” he says.

As for the name of the company? It’s a “cheeky play” on the idea that CRISPR could be used — at least theoretically — to bring back extinct species like mammoths. Scientists at Harvard are working on this, but Martin says that Mammoth Biosciences isn’t interested in de-extinction, at least for now. “We don’t have plans to do that at this time,” he says.