Turning CRISPR from a gene-editing hatchet to a 'word processor'

Source: Turning CRISPR from a gene-editing hatchet to a 'word processor' 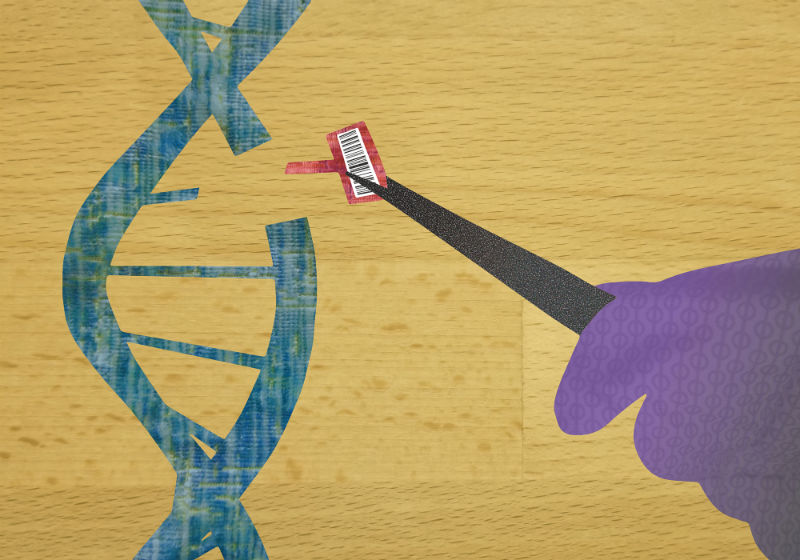 For all the excitement the gene-editing tool CRISPR-Cas9 has kicked up, there has been just as much concern about unwanted side effects. That’s because even though the technology offers the promise of cutting out disease-causing genes, it can also make unintentional edits to healthy DNA. In an attempt to solve this problem, researchers at Stanford University and the National Institute of Standards and Technology (NIST) have developed a more precise gene-editing system that they liken to a word processor.

It’s called “multiplexed accurate genome editing with short, trackable, integrated cellular barcodes” (MAGESTIC), and its inventors liken it to the search-and-replace function in word processing. The system is designed to find faulty genetic material, cut it out, then replace it with matching “donor” DNA. They described the technology in the journal Nature Biotechnology.

The problem with CRISPR is not so much in the cutting, but in the process by which the DNA repairs itself after the editing process. Cells have to search among millions of base pairs of DNA to find a match—a process that often fails, causing unwanted off-target effects. MAGESTIC helps the cell recruit the most appropriate donor DNA. That produces a sevenfold increase in cell survival, according to a press release.

The Stanford-NIST researchers also wanted to improve on CRISPR’s method of using guide RNAs to track mutations. CRISPR generally uses plasmids, which are circular sections of DNA that multiply as cells grow and divide. But they can be unpredictable, multiplying at inconsistent rates, thereby making it difficult to track the gene edits. With MAGESTIC, a new type of “cellular barcode” is built into chromosomes instead, making them more stable and easier to track, according to the statement.

“With MAGESTIC it’s like being able to make small edits to individual letters in a book, and being able to see what effect it has on the meaning of the text,” said senior author Lars Steinmetz, professor of genetics at Stanford University, in the statement. “Our donor recruitment method also allows the new piece of information to be placed at exactly the right page where the cut occurred.”

It’s the latest in a string of CRISPR advances designed to make gene editing more precise—and therefore more suitable for use in targeting genetic diseases. Earlier this year, for example, Polish scientists described a new method for editing out the abnormal repetition of the gene that causes Huntington’s disease, which involves using a Cas9 enzyme that cuts one strand of DNA instead of two. Other research teams are perfecting CRISPR approaches to sickle cell disease, Duchenne muscular dystrophy, genetic hearing loss and more.

Gene editing is also being used to better understand how genetic variants contribute to disease—an application for which MAGESTIC will be particularly useful, the Stanford-NIST team believes. The technology could be used to precisely edit different genetic variants in identical cells and compare them to each other. That can all be done in a single test tube rather than in separate experiments, the researchers reported.