Roger Hanson: All you need to know about CRISPR

Source: Roger Hanson: All you need to know about CRISPR 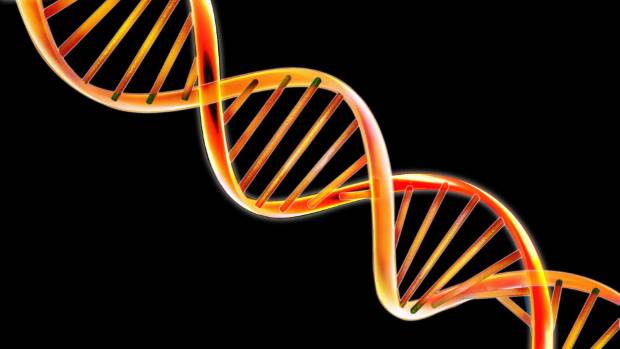 Technology that allows the manipulation of DNA could wipe out diseases from the human population.

OPINION: DNA is a molecular structure like a twisted ladder, the rungs of which are occupied by pairs of molecules facing each other, called base pairs – each DNA molecule in every single cell in your body has three billion base pairs.

There are four bases, referred to as A, C, T and G. The process of determining the order of these base pairs is called DNA sequencing. Information encoded in this sequence guides the growth, repair and function of every living thing.

Sections of DNA, called genes and combinations of genes are responsible for making the thousands of different molecular building blocks in an organism. For three decades we have been investigating the DNA of many forms of life to find out what happens if we change the sequence.

This controversial process is called gene editing and has met with varying degrees of success. For example, the DNA of zebrafish has been modified by inserting a gene extracted from jellyfish which causes the zebrafish to glow fluorescent green. Up until now, gene editing has been a rather clumsy affair. But that is set to change.

READ MORE:
* If you could ‘design’ your own child, would you?
* Gene editing not a panacea for eradicating wild pests
* Genetic modification floated as effective wasp-control tactic

A virus can only replicate by hijacking the cellular machinery of other organisms such as bacteria, plants, animals or humans. In the 1990s scientists noticed that some bacterial DNA contained snippets of virus DNA.

The location of this viral DNA was identified by a distinctive sequence in the host’s DNA – this sequence has been given the name, Clustered Regularly Interspaced Short Palindromic Repeats (CRISPR).

CRISPR is present in bacterial DNA because it is a defence system used to combat future viral attack. When the bacterium is attacked, its CRISPR machinery makes an enzyme called Cas 9 which searches the cell for the virus invader and compares its DNA with the sample in the bacterium’s CRISPR.

When it finds a base sequence match, it destroys the virus DNA.

CRISPR/Cas 9 has two special properties. Firstly, it can find a section of DNA far more precisely than any known molecule, secondly, it can be changed. This means a scientist could give a copy of the DNA that needs to be modified, then put Cas 9 into the cell and it will precisely locate that section of DNA for cutting or modifying.

The ability to target, snip out, install new DNA sections using CRISPR potentially allows this technology to be applied to a raft of genetic disorders.

Genetic diseases such as haemophilia could be cured by using CRISPR to target and fix faulty genes. There are many genetic diseases caused by very small DNA sequence errors, all potentially curable using the precision offered by CRISPR therapy.

Cancer is a disease in which the cell growth is uncontrolled. The idea is to use CRISPR to edit out or repair the genes that cause cancer. The cure could be a simple injection of some of your cells which have been modified in the laboratory.

In all of these applications only body cells (i.e. not eggs or sperm – the reproductive cells) are treated, which means that the modified DNA is not passed onto the offspring. But if CRISPR is extended to targeting the reproductive cells, then the DNA change is carried through to future generations potentially eliminating the disease from human DNA.

It doesn’t stop there – several media reports recently have drawn attention to the potential for CRISPR to extend human lifespan. This is because aging is mainly caused by the accumulation of damage to DNA, and genes have been identified that affect aging, either slowing or accelerating it.

Using CRISPR therapy these genes could be added or removed, enabling damaged DNA to be repaired – healthy lifespans of over 150 years could be the norm.

There are problems; CRISPR opens the door to unregulated gene therapy with the potential for serious mistakes. Strict controls must be developed. Banning would be unwise –  after all, imagine being told that your child’s deadly disease is entirely curable but legislation against gene editing prevents it.

A great deal of research is required before these lofty goals can be attained, but there is no doubt that CRISPR has opened the door to a revolution in life science.