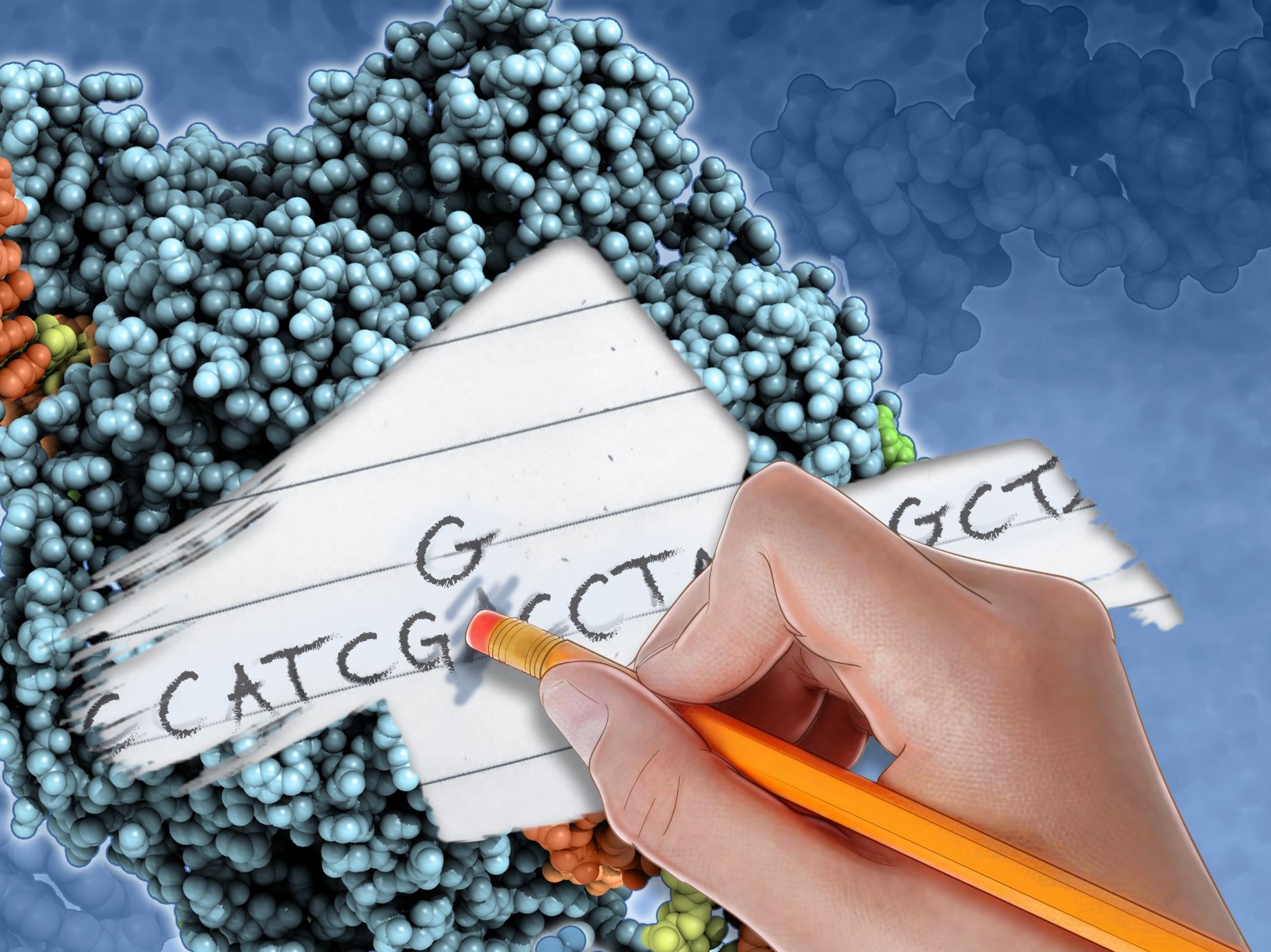 Feng Zhang’s latest CRISPR company, Beam Therapeutics officially came out of stealth Monday, with $87 million in series A funding and a mission to develop “precision genetic medicines” that use CRISPR technology to edit just one nucleotide base, or “letter,” in the genome at a time.

What we think of as “traditional” CRISPR is constantly compared to a pair of scissors—these systems target a specific spot on the genome and “cut” it, making a double-stranded break in the DNA. Beam’s base-editing CRISPR is more like a pencil, says CEO John Evans.

When it reaches its target, it finds a letter, erases it and rewrites it as a different letter without disrupting the sequence of other letters around it, he told FierceBiotech. This makes it particularly useful for correcting point mutations, which, by definition, are mutations where a single base in a sequence is changed, inserted, or deleted.

Beam thinks the potential for its approach is vast: “Over half of the genetic changes known to drive disease in clinical databases are point mutations, misspellings in the genome,” Evans said.

“Do we know enough about the biology of the disease to believe that changing a single base will cure it? Is the genetic sequence a good fit for the base editors to land there? And can we deliver the editor into the right tissue to cure the disease?” Evans said.

Beam is looking to piggyback on the progress made over recent years in the gene therapy and gene-editing fields. It plans to advance multiple base-editing platforms across a broad pipeline. It will also test out different delivery methods in parallel, Evans said. And that’s where the $87 million comes in.

The financing, led by F-Prime Capital Partners and ARCH Venture Partners, will bankroll Beam for several years of development at a “pretty accelerated pace,” Evans said.

Just after Jennifer Doudna’s lastest CRISPR startup, Mammoth Biosciences, launched in April, the Boston Business Journal reported that Beam raised the first tranche of its series A in February. But the biotech stayed undercover until it got all of its base-editing tech under one roof, Evans said. Along with its launch and series A, the company also announced three license agreements—with Harvard University, the Broad Institute and Editas Medicine.

The first covers base-editing platforms developed in the lab of David Liu, one of Beam’s scientific founders. It makes C-to-T or G-to-A edits in DNA. The second agreement covers RNA-targeted base editors, including REPAIR, that make reversible changes to DNA. And the Editas agreement gives Beam the rights to certain IP licensed to the CRISPR biotech by Harvard, the Broad and Massachusetts General Hospital, as well as some of Editas’ technologies. In return, Editas picked up a stake in Beam and will be eligible for royalties on treatments that use its tech.

When asked whether Beam would be competing with Editas, Evans said the companies are targeting different disease areas with complementary approaches.

“Our job at beam will be to find the diseases for which base editing will be the best solution. Equally, there will be diseases where [traditional CRISPR] will be best,” he said. “At the end of the day, there are thousands of genetic diseases that desperately need therapy. From my perspective, the more technology we can develop to bring different profiles to the table in terms of editing, or the diseases you can treat, the better it is for patients. We all feel part of some bigger team trying to cure disease.”