How CRISPR is Spreading Through the Animal Kingdom

Source: How CRISPR is Spreading Through the Animal Kingdom

Fifteen years ago or so, when Helen Sang, a geneticist at the Roslin Institute in Edinburgh, and her colleagues wanted to get a gene into a chicken, the process was anything but fast.

They would begin by making a virus that would insert genetic material into a chicken embryo. As the embryo developed, they would cross their fingers and hope that some of the cells that received the infusion of DNA became the chicken’s reproductive cells. Even if they did, it took waiting six months until the chicken reached maturity and could be bred to get a generation of chickens that had the gene in all their cells. 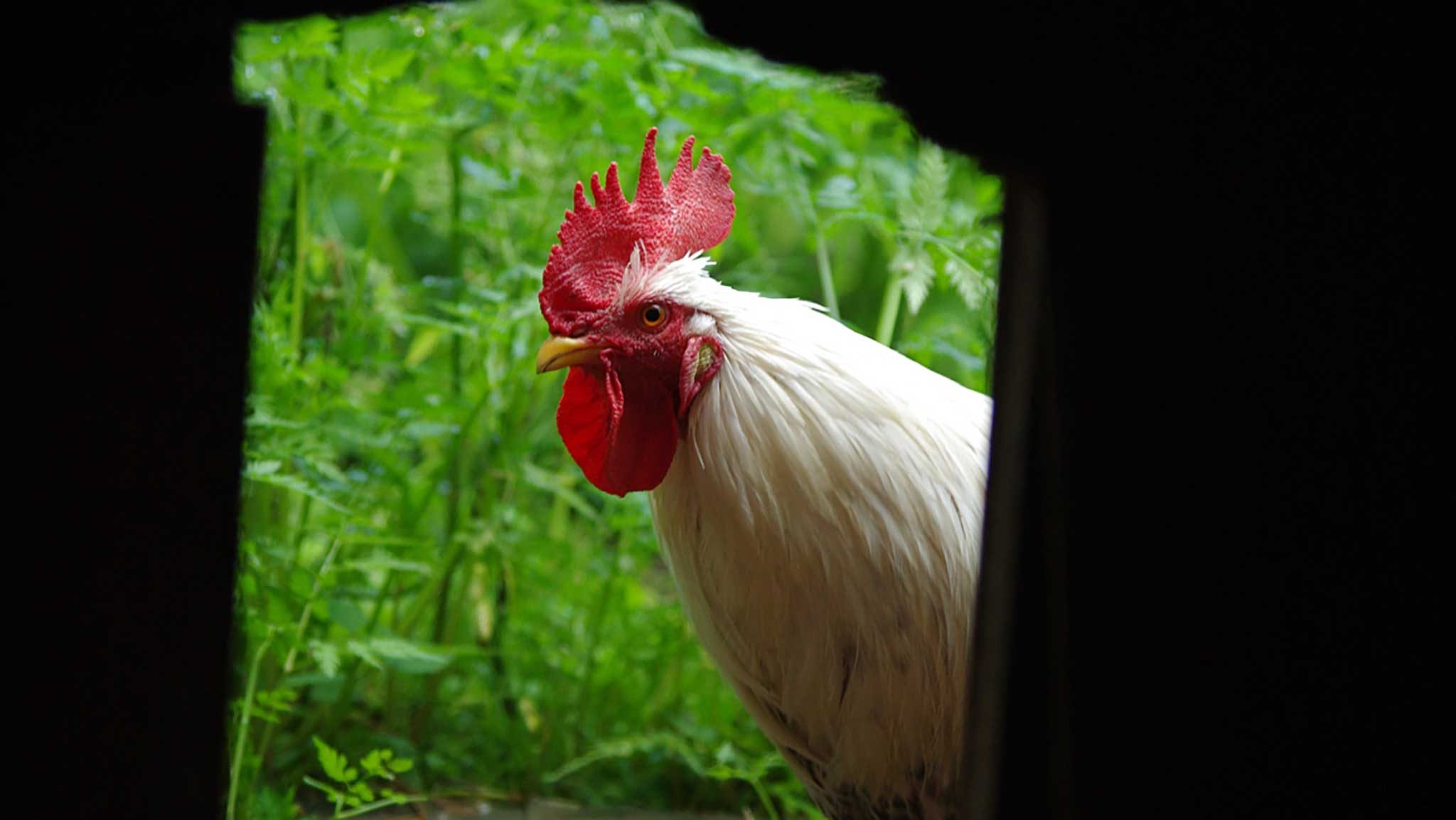 Inserting a gene into a chicken used to take over a year. CRISPR has dramatically shortened the timeline.

Depending how on the process went, by that point, more than a year might have passed. And the researchers still would not have gotten to do the actual science they were interested in—studying how the new gene worked in chickens, for instance. Even in mice, the well-studied, well-understood workhorses of the biology lab, it could be a lengthy and delicate process to get an animal that carried a gene of your choice. And if you were thinking of trying out a gene in a less-studied animal, say, parakeets or honey badgers, it could take a significant chunk of your career just to figure out how to do it.

This was the reality of doing science that involved gene engineering for many years, and researchers still managed to make enormous progress. One of Sang’s projects, to develop chickens that lay eggs containing melanoma and multiple sclerosis drugs, made headlines in 2007, for instance. The idea was to harvest the drugs from eggs, part of a trend to grow pharmaceuticals in engineered organisms. (It’s not as far out as it might seem at first blush, as the FDA has already approved goats that make antithrombin, an anti-blood-clotting protein, in their milk, and insulin is now commonly grown by vats of engineered bacteria.)

But in the last few years, a new technology has arrived on the scene. CRISPR-Cas9 gene editing has made its way into labs around the world. It’s a comparatively cheap, fast, and adaptable way of precisely snipping out pieces of the genome and swapping in new pieces, which can be used directly on the DNA in reproductive cells and produces a finished mouse in three weeks. In chickens, it nearly halves the amount of time needed, Sang says. The tools are so quick, she says with a laugh, that “I sometimes think I should have sat with my feet up for a long time and waited for them to come.”

With something like this in hand, ideas that might have seemed overwhelmingly difficult are now potentially doable. In particular, scientists have swiftly adapted CRISPR tools for use in animals beyond mice, fruit flies, and other model organisms. That opens up a whole menagerie of creatures where quick, accurate gene editing is possible, with implications for agriculture and medicine.

“I sometimes think I should have sat with my feet up for a long time and waited for them to come.”

In Sang’s lab, using CRISPR, the researchers are able to get their genes into chicken eggs with much higher efficiency. Using viruses, they succeed only a portion of the time, but now, with CRISPR and some additional screening, the success rate approaches 100%.

Other parts of the process have gotten more efficient as well. “CRISPR has come along when we’ve got a lot of genome sequence information,” Sang says. She and her colleagues can make informed choices about which genes might be most interesting or useful to put into a modified animal, without having to do as much testing ahead of time in dish-grown cells as they used to. She is now interested in using CRISPR to give chickens greater resistance to disease, especially to the avian flu. If there are some strains of hardy chickens that can stand up to an infection, perhaps researchers can figure out what quirks of the genome contribute and then use CRISPR to make alterations in meat and laying breeds.

The hold-up now, Sang says, is not the time it takes to make chickens anymore, but having proper facilities to house them.

CRISPR has also opened new doors for Anna Wargelius, a salmon geneticist at the Institute of Marine Research in Bergen, Norway. For many years, she and her colleagues had been working toward the goal of making a salmon for farming that was sterile, so that if any escaped into the open sea—a real risk in Norway, where salmon are farmed in the ocean—they would not be able to breed with wild ones.

The group wanted to use genetic engineering to study which genes were involved in the development of salmon reproductive, or germ, cells. But they had little luck with zinc fingers, an earlier form of gene editor. “We had tried for several years to functionally study genes, but it did not work well in salmon,” she said. When they read a study demonstrating that CRISPR could work in zebrafish, the most common fish model organism, they were delighted. “We were just so happy to see this technology,” she recalls. “We were ready!” In 2014, the group published a paper demonstrating that CRISPR could be used to knock out genes in salmon. Since then, they have successfully made salmon without germ cells, and are moving on to using CRISPR to see whether the fish can be encouraged to generate more of their own omega-3 fatty acids. 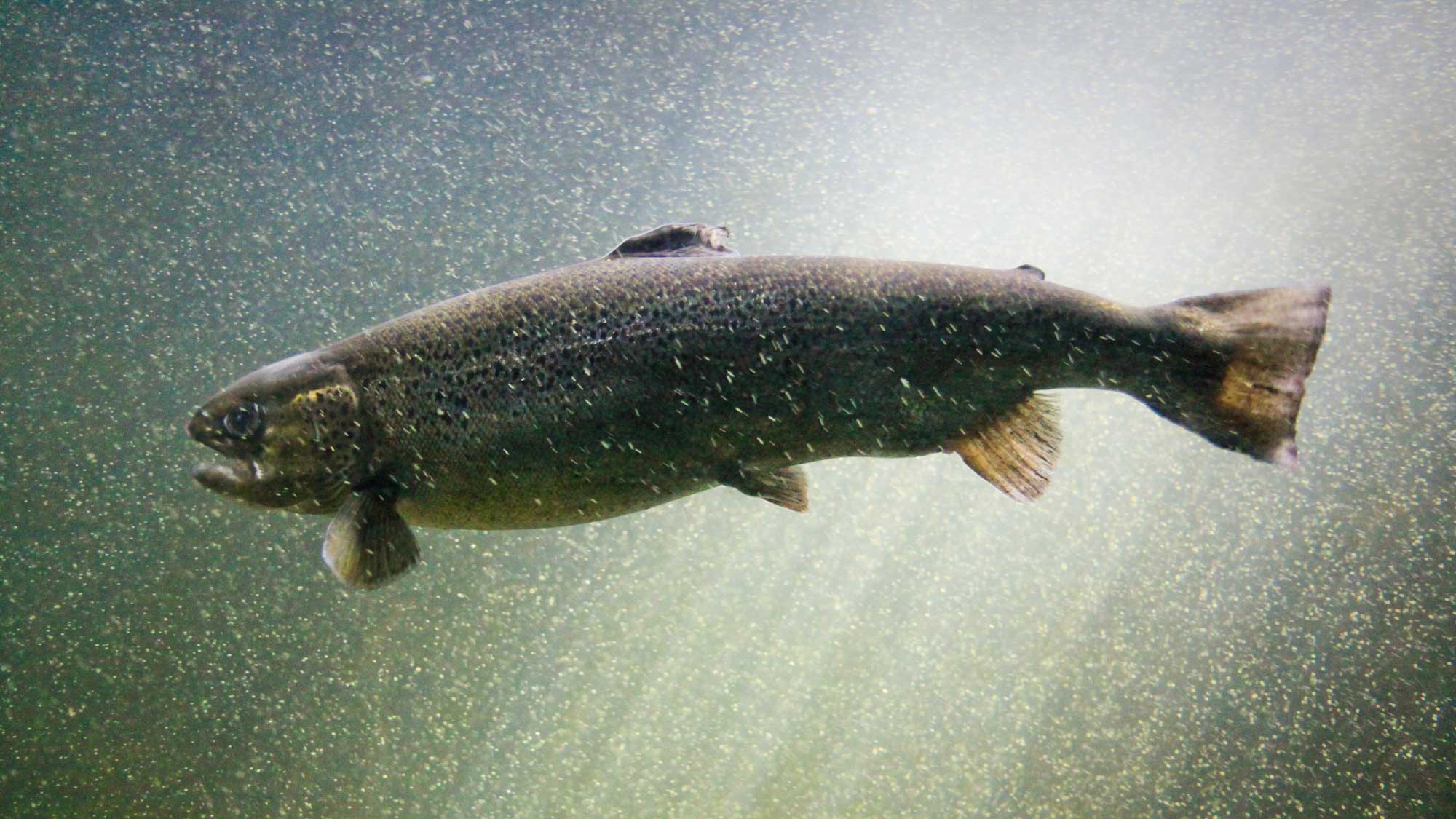 Sterile farmed salmon wouldn’t be able breed with wild populations if they escaped.

Wargelius says the efficiency—the fact that every organism they generate has the gene they want very quickly—has rapidly accelerated work not just in her lab, but in other groups whose study species take a long time to reach reproductive maturity. Having to wait out multiple salmon generations, which are about three years long, to begin the real work is a serious and expensive gamble. “For everybody working with long-generation animals or plants, they are really happy with this,” Wargelius says, “because you can functionally start with something already in the first generation. It saves a lot of time and money.”

The subtlety of the changes that CRISPR allows is also advancing projects in some creatures in remarkable ways, says Simon Lillico, a geneticist at the Roslin Institute who works with pigs. Funded in part by a breeding company, Lillico and colleagues have been studying how to keep pigs from catching a viral disease called porcine respiratory and reproductive syndrome, or PRRS. While it may not be a household name for most people, the PRRS virus, which causes pneumonia and stillbirths and abortions in pregnant pigs, is behind massive losses in farming—$664 million a year in the U.S. alone, by one estimate. The virus gets into pig blood cells by clinging to a surface protein called CD163, specifically to a particular stretch of the protein called domain 5. 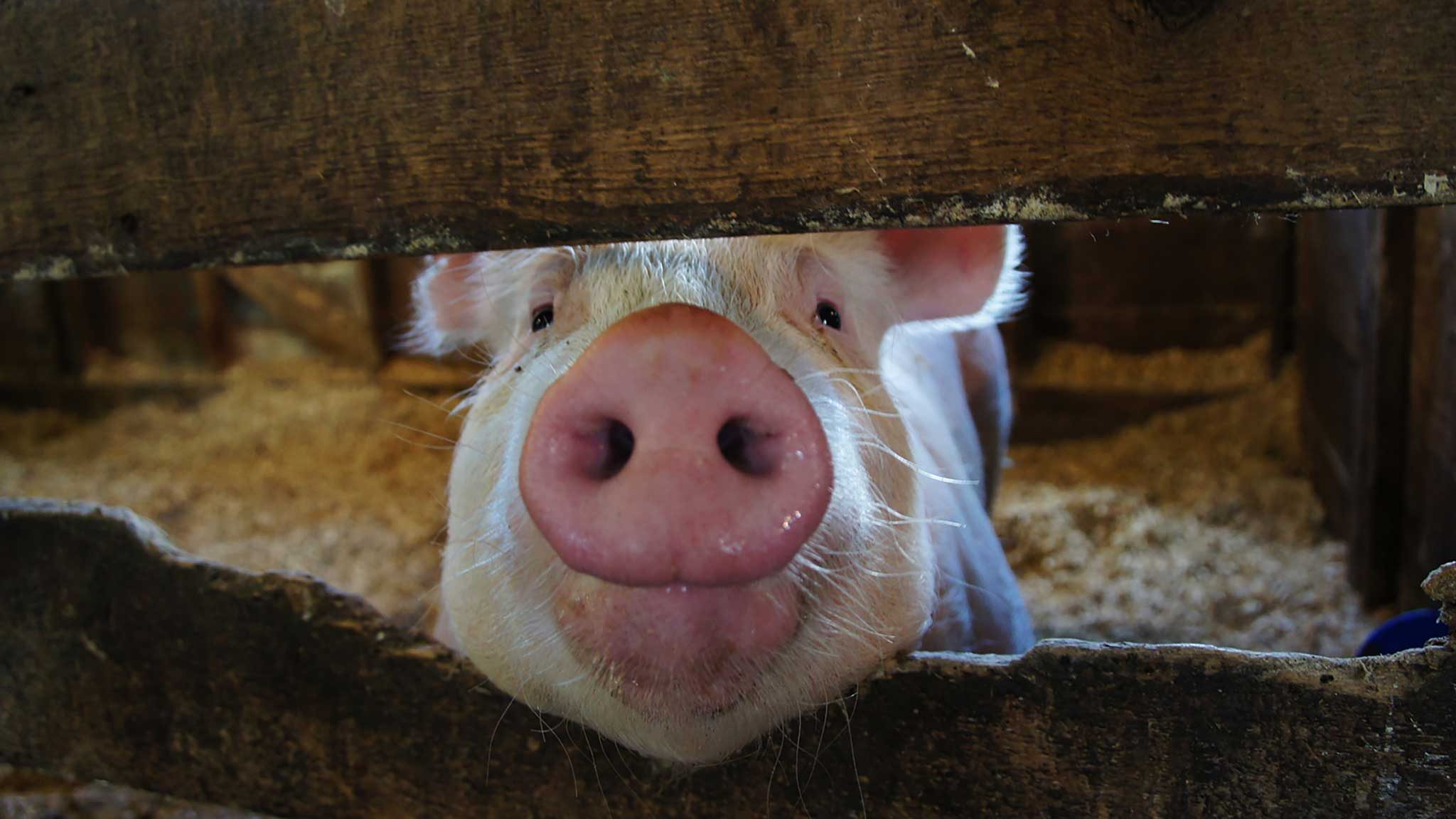 Taking advantage not only of CRISPR’s efficiency and speed but its delicacy, Lillico and colleagues were able to generate pigs that were missing just that snippet of CD163. “When you put the virus on the pigs, it cannot infect them,” he says. “It’s kind of like a lock and key mechanism—the virus has the key, but we’ve removed the lock.” The domain-5-less pigs are otherwise healthy.

It’s not just pigs that are benefiting, Lillico says. It’s now more plausible to use pigs and other large mammals as models for human disease. There are some diseases and situations where mice might not be as good as a model as other mammals, he suggests, and CRISPR makes it more feasible for these options to be explored. There may be a more direct benefit, too: A group at MIT has also been using CRISPR to remove portions of the pig genome that contain remnants of old viruses, which might be a liability if ever it becomes possible to transplant pig tissues or organs into humans, an idea that’s been given some new life lately. And in Australia, a group at the CSIRO has been investigating how egg proteins can be modified with CRISPR so that they don’t trigger allergies in those who eat them. (No honey badger or parakeet CRISPR studies yet, though, according to a search in PubMed.)

A revolution in gene editing enables scientists to create and edit DNA like never before.

“It’s only just starting,” says Helen Sang, who notes that the technique has caused a shift in many scientists’ thinking about whether it is worth trying to engineer animals. “Somehow, the fact that we have a new technology that is so easy to use, and so precise, it’s beginning to get people to think, oh maybe we will be able to use it,” she adds. “Because there are so many advantages, and there really are a lot of opportunities.”