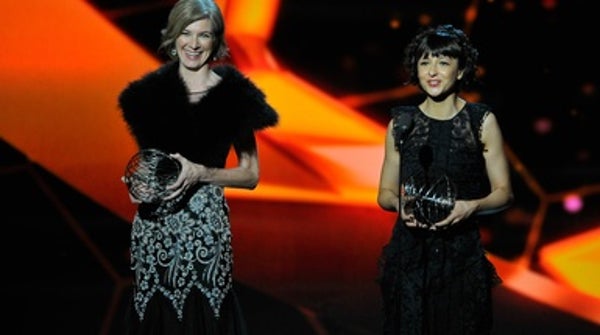 One of the world’s richest science awards, given only in alternate years, will go to three discoverers of the CRISPR-Cas9 genome-editing tool, the Norwegian Academy of Science and Letters announced on Thursday. Emmanuelle Charpentier of the Max Planck Institute for Infection Biology, Jennifer Doudna of the University of California, Berkeley, and Virginijus Šikšnys of Vilnius University will each receive a gold medal and share the $1 million that comes with the Kavli Prize in nanoscience (there are also Kavli prizes for astrophysics and neuroscience).

It was only the latest verdict on the controversial question of who deserves credit for turning a bacterial immune system into a revolutionary genome-editing tool. As multiple companies worth billions of dollars race to turn CRISPR into a human therapeutic, everyone from prize juries to patent offices to U.S. judges (to, perhaps, Nobel committees) is clashing over who did what when and how important their contribution was. And in a reminder that the patent system lives in its own odd world, a scientist who has won far fewer awards for his CRISPR work, Feng Zhang of the Broad Institute of MIT and Harvard, nevertheless holds the key CRISPR patents, a situation that UC is hotly contesting on behalf of Doudna and Charpentier.

Teams led by that duo and, separately, by Šikšnys first showed that the immune system of bacteria, CRISPR, could be paired with the Cas9 enzyme to alter purified DNA floating outside cells, in test tubes. Their seminal achievement was to show what specific molecular components, including RNA, are necessary to turn CRISPR into a genome-editor.

But bad luck with a journal made Šikšnys the forgotten man of CRISPR: Cell rejected his paper in April 2012 without sending it out for peer review. In contrast, when Doudna, Charpentier, and their colleagues showed that Cas9 could be programmed to cut DNA, their paper sped through the review process at Science and was published online in late June 2012. Šikšnys and his co-authors, meanwhile, had scrambled to find a more receptive journal and landed at Proceedings of the National Academy of Sciences, which published their paper three months after the Berkeley team’s.

Both groups knew what they had. The Šikšnys team said its findings “pave the way for engineering of universal programmable RNA-guided” DNA-cutting enzymes, while Team Doudna pointed out that CRISPR could be exploited “for RNA-programmable genome editing.’’

That’s only the beginning of the tangled history of CRISPR credit. In early 2013, Harvard biologist George Church and the Broad’s Zhang published simultaneous papers showing that CRISPR can be programmed to cut the genome inside human cells, a step toward turning CRISPR into a disease treatment. By then seemingly everyone had filed for patents, and Zhang, though he filed after Doudna and Charpentier, was awarded foundational CRISPR patents starting in 2014. Those are now the subject of a bitter, years-long, but with any luck almost-at-an-end legal dispute pitting financially strapped UC against the mega-endowment Broad.

Since the Broad has won all the legal rounds so far, those rooting for Doudna and Charpentier point to a profound disconnect between law and science: The duo has almost run the table of major awards for CRISPR. They shared the 2015 Breakthrough Prize, the 2015 Gruber Prize in genetics, the 2016 Warren Alpert Prize (with Šikšnys, Rodolphe Barrangou, and Philippe Horvath), and several others. The Kavli nanoscience prize, chosen by a committee of five physicists, is now the latest.

Zhang, in contrast, shared the 2016 Gairdner International Award with Doudna and Charpentier and two other scientists for developing CRISPR-Cas “as a genome editing tool for eukaryotic cells.” The trio also shared the 2014 Gabbay Award, the 2016 Tang Prize, and others. Zhang won last year’s Lemelson-MITaward solo.

The Kavli committee bars reporters from contacting the winners, who learned the news only this morning, in advance, or asking CRISPR watchers what they think the latest prize might mean for the prestigious ones awarded every October.

Republished with permission from STAT. This article originally appeared on May 31, 2018